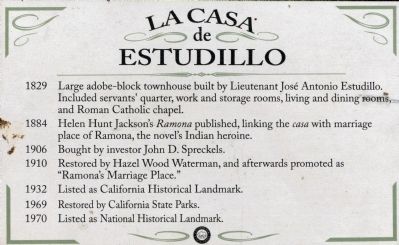 Marker series. This marker is included in the California Historical Landmark, and the National Historic Landmarks marker series. 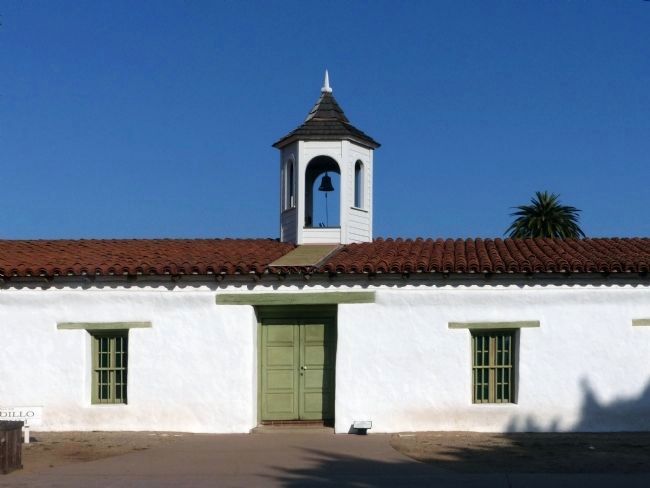 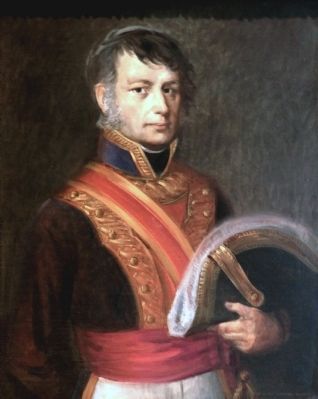 By Allen C. Browne, May 31, 2015
3. Lieutenant José Antonio Estudillo
Son of the Commandant of the Presidio of San Diego, Estudillo became a lieutenant in the Spanish army around 1824. He built this adobe house in 1827-29. Neutral in the Mexican American War, he became the first San Diego County assessor after California became part of the United States.

This c. 1830 portrait hangs in the Estudillo house. 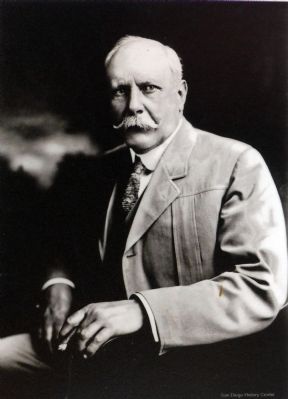 By Allen C. Browne, May 31, 2015
4. John Spreckels
Businessman John Spreckels converted the run down Estudillo house into an early 20th century tourist trap, hiring architect Hazel Wood Waterman to reconstruct it and exploiting its tenuous connection to Helen Hunt Jackson's novel Ramona by advertising it as “Ramona's Marriage Place”
Close-up of image on signage in the courtyard of Estudillo House. 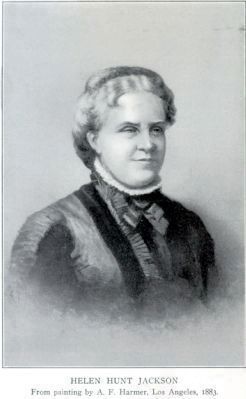 By A. F. Harmer
5. Helen Hunt Jackson
This photo of A.F. Harmer's painting of the author of Ramona appeared in Carlyle Channing Davis's The True Story of “Ramona” which helped fuel the Ramona Myth by attempting to identify actual people and places with the fictional people and places in Jackson's novel. 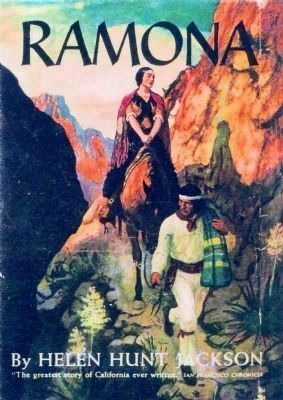 By Allen C. Browne, May 31, 2015
6. Ramona
Helen Hunt Jackson's romantic novel tells the story of Ramona, a Scottish-Native American mestizo girl who suffers racial discrimination and violence in early California. The author intended the novel to be a sort of Californian “Uncle Tom's Cabin” calling attention to the plight of Native Americans in California.
photo of book cover from a display in the courtyard of Estudillo house 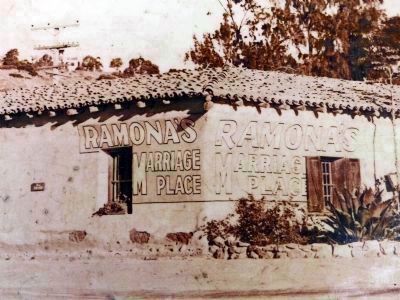 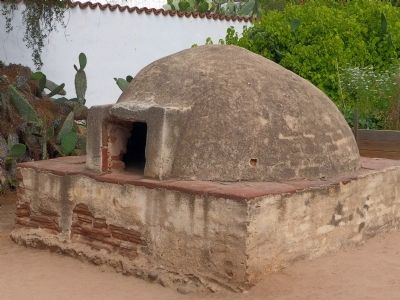 By Allen C. Browne, May 31, 2015
8. El Horno
This outdoor oven is one of the popular sights to be seen in the courtyard of Estudillo house.
More. Search the internet for La Casa de Estudillo.