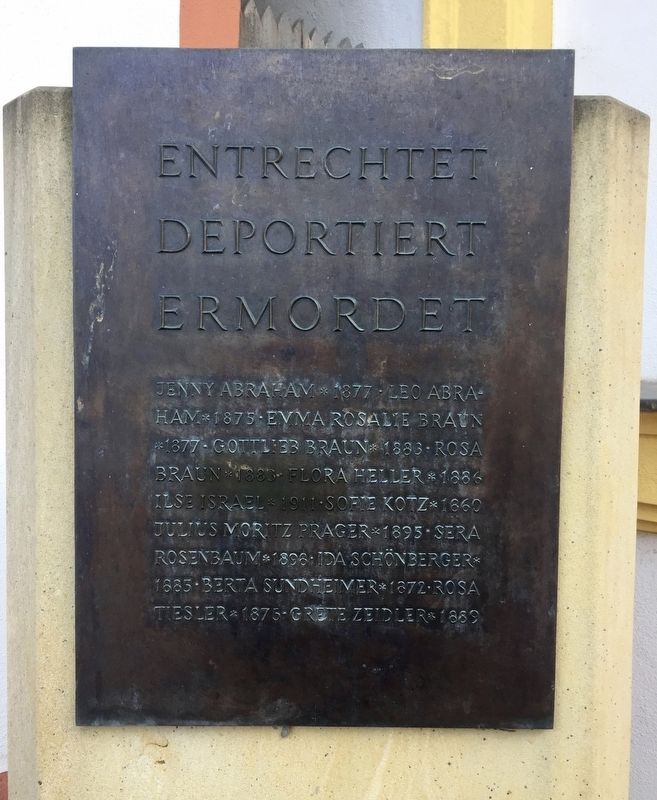 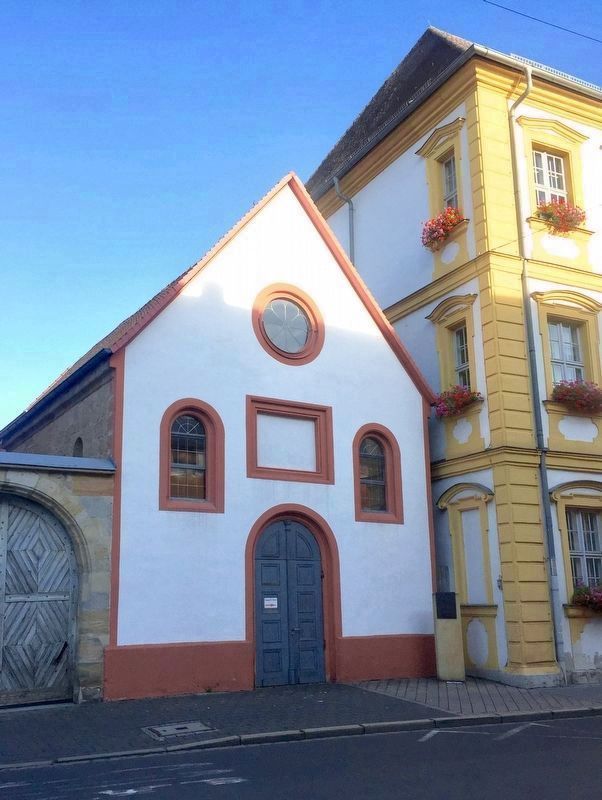 Also see . . .  Kunstobjekte (City of Forchheim, in German). "The memorial was designed by artist and art teacher Rudolf Ullmann. On the 1.80 meter high stele made of sandstone there is a bronze plaque with the inscription "Disenfranchised - Deported - Murdered", the names of the deportees and a quotation from the Old Testament (Isaiah 42.8). A clear Jewish symbolism was dispensed with, as one of the deportees was a Protestant Christian.... The memorial was realized through donations from the Protestant Alliance and further support from the Protestant Lutheran Deanery Forchheim-Muggendorf with its parishes and the Art and Culture Department of the Archdiocese of Bamberg." (Submitted on December 14, 2019.) 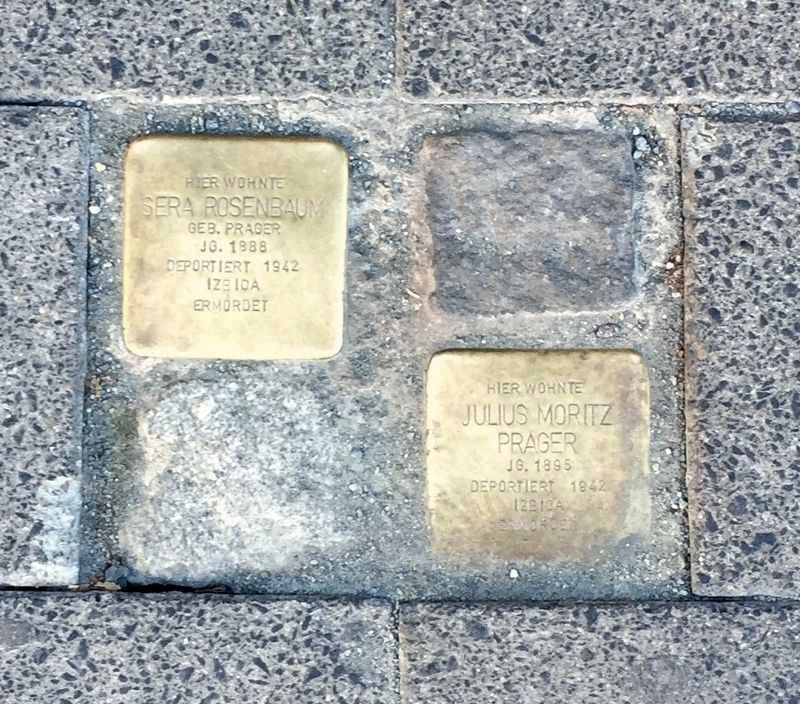 By Andrew Ruppenstein, September 20, 2019
3. Stolperstein / "Stumbling Stones" for Sera Rosenbaum and Julius Prager
"Stumbling Stones" are a type of memorial placed in front of the former residences of persons who were deported to concentration camps by the Nazis. They are extremely simple in nature, listing the names, birth year, and their fate (usually by naming the concentration camp and date of death, if known). These two, located across the street from the memorial, are for Sera Prager Rosenbaum and Julius Moritz Prager, both of whom were deported in 1942 to the Izbica ghetto in occupied Poland, and murdered.
More. Search the internet for Entrechtet, Deportiert, Ermordet / Disenfranchised, Deported, Murdered.