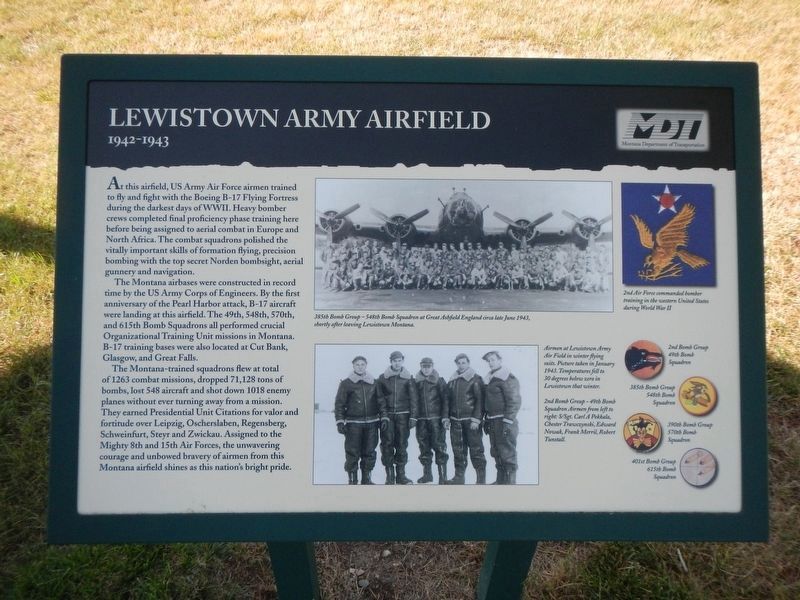 At this airfield, US Army Air Force airmen trained to fly and fight with the Boeing B-17 Flying Fortress during the darkest days of WWII. Heavy bomber crews completed final proficiency phase training here before being assigned to aerial combat in Europe and North Africa. The combat squadrons polished the vitally important skills of formation flying, precision bombing with the top secret Norden bombsight, aerial gunnery and navigation.
The Montana airbases were constructed in record time by the US Army Corps of Engineers. By the first anniversary of the Pearl Harbor attack, B-17 aircraft were landing at this airfield. The 49th, 548th, 570th, and 615th Bomb Squadrons all preformed crucial Organizational Training Unit missions in Montana. B-17 training bases were also located at Cut Bank, Glasgow, and Great Falls.
The Montana-trained squadrons flew a total of 1263 combat missions, dropped 71,128 tons of bombs, lost 548 aircraft and shot down 1018 enemy planes without ever turning away from a mission. They earned Presidential Unit Citations for valor and fortitude over Leipzig, Oscherslaben, Regensberg, Schweinfurt, Steyr and Zwickau. 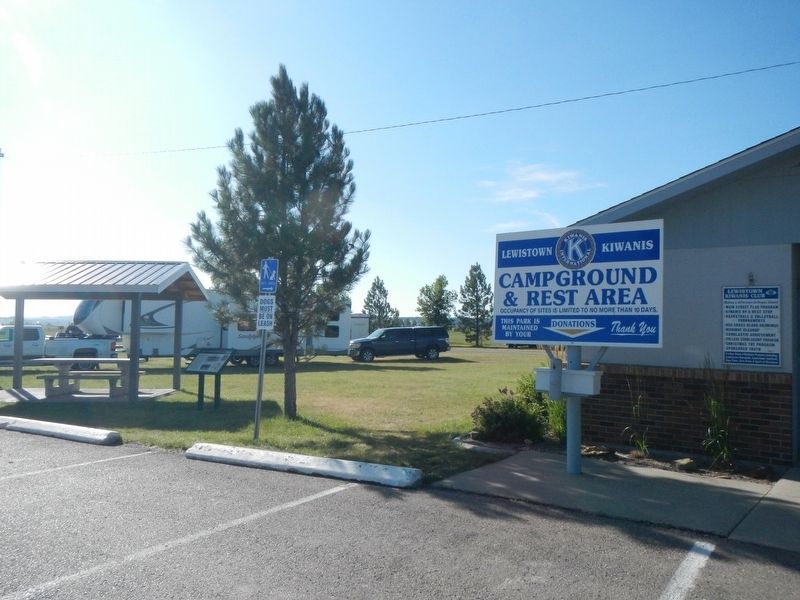 By Barry Swackhamer, August 18, 2019
2. Lewistown Army Airfield Marker
The marker is next to the picnic table.
Assigned to the Mighty 8th and 15th Air Forces, the unwavering courage and unbowed bravery of airmen from this Montana airfield shines as this nation's bright pride.

Erected by Montana Department of Transportation.

More about this marker. This marker is located at the Kiwanis Club Campground.