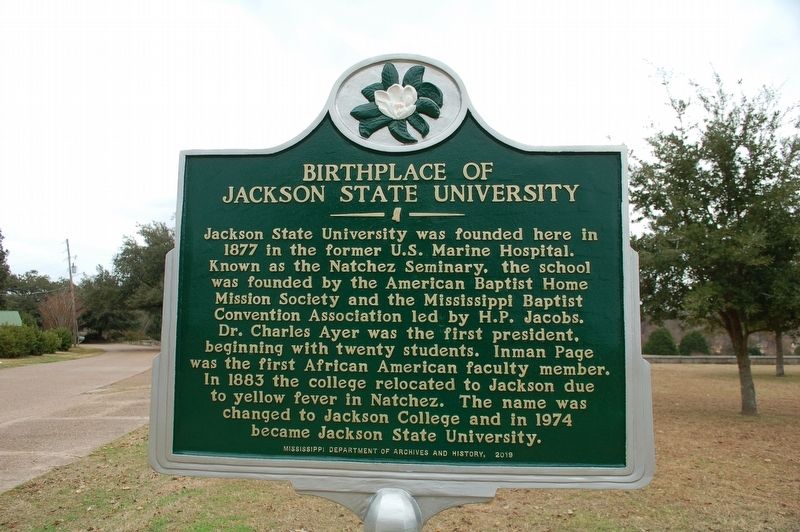 Jackson State University was founded here in 1877 in the former U.S. Marine Hospital. Known as the Natchez Seminary, the school was founded by the American Baptist Home Mission Society and the Mississippi Baptist Convention Association led by H.P. Jacobs. Dr. Charles Ayer was the first president, beginning with twenty students. Inman Page was the first African American faculty member. In 1883 the college relocated to Jackson due to yellow fever in Natchez. The name was changed to Jackson College and in 1974 became Jackson State University.

Erected 2019 by Mississippi Department of Archives and History.

Marker series. This marker is included in the Historically Black Colleges and Universities, and the Mississippi State Historical Marker Program marker series. 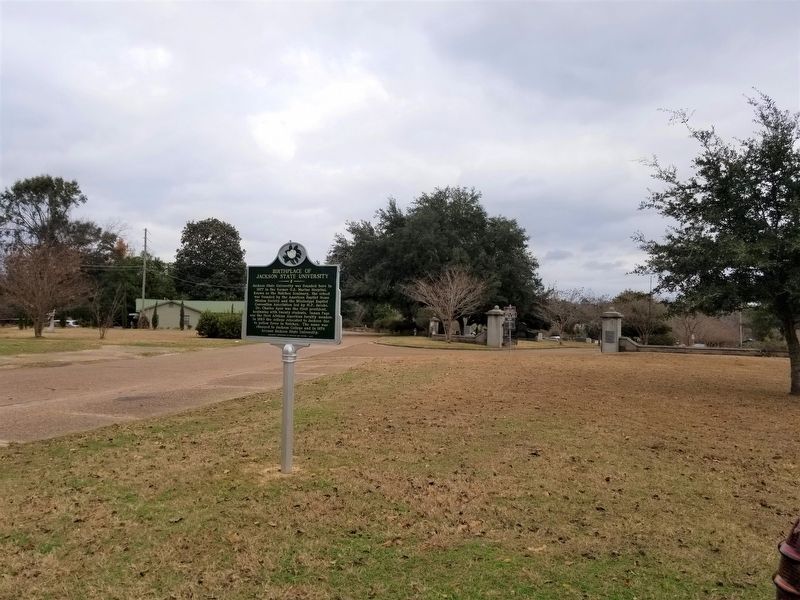 More about this marker. Located close to the entrance of the Historic Natchez Cemetery.