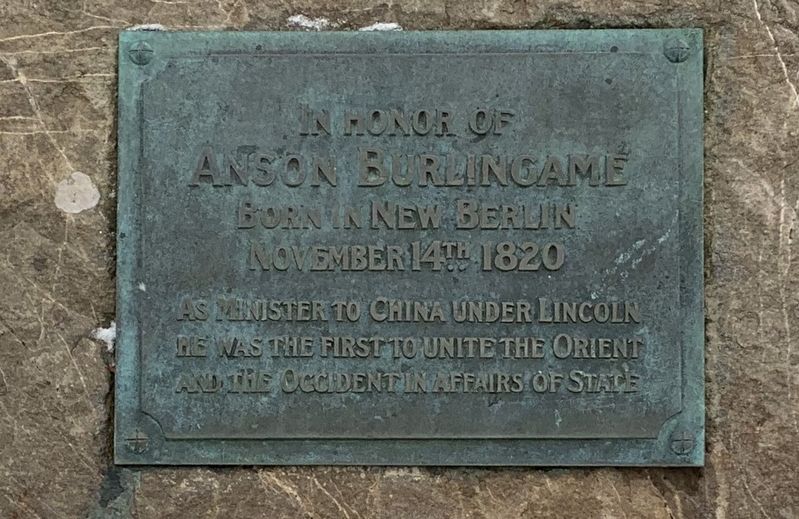 In honor of
Anson Burlingame
Born in New Berlin
November 14th 1820
As minister to China under Lincoln,
he was the first to unite the Orient
and the Occident in affairs of state.

Other nearby markers. At least 8 other markers are within 8 miles of this marker, measured as the crow flies. Historic Law Office (within shouting distance of this marker); St. Andrews Church and Cemetery (about 700 feet away, measured in a direct line); John P. Usher (approx. ¼ mile away); New Berlin (approx. 0.4 miles away); Site of Daniel Scribner's Home (approx. 2.2 miles away); Morris Village Historic District 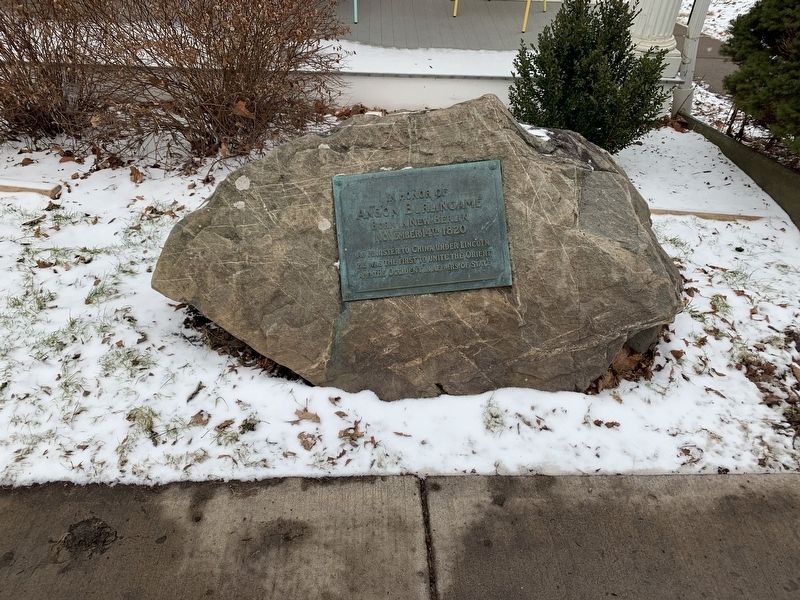 Regarding Anson Burlingame. Burlingame was a state senator and also a Congressman (1855-1861). He denounced Rep. Preston Brooks for the latter’s assault of Sen. Charles Sumner. Brooks challenged Burlingame to a duel, but Brooks failed to show up for the contest. 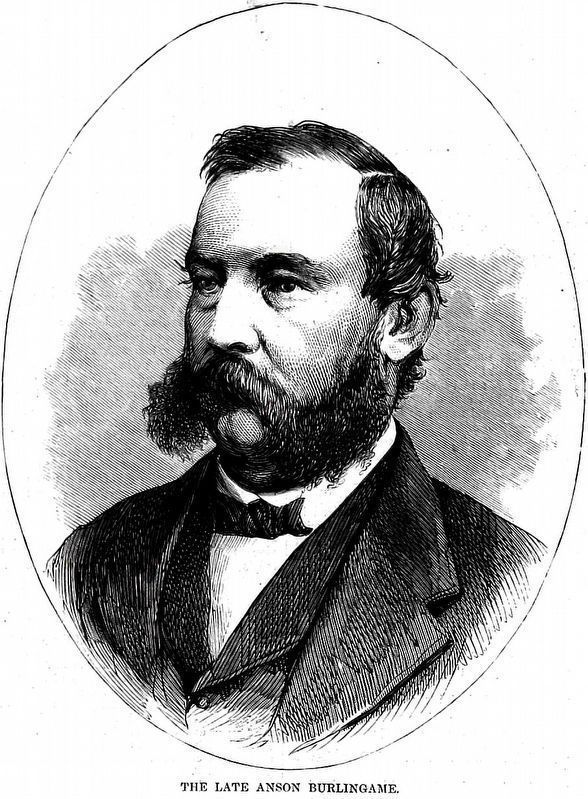 Internet Archive
3. The Late Anson Burlingame
“We give on this page the portrait of Mr. Anson Burlingame, Chinese Envoy to the United States and European Powers, who died at St. Petersburg, Russia, on the 23rd of February, after an illness of only four days.” – Harper’s Weekly. Burlingame was appointed minister to the Qing Empire by Abraham Lincoln. After he retired the Chinese government appointed him envoy extraordinaire and minister plenipotentiary to lead a diplomatic mission from China to the United States and other European powers.
Credits. This page was last revised on August 29, 2020. It was originally submitted on January 7, 2020, by Steve Stoessel of Niskayuna, New York. This page has been viewed 67 times since then and 2 times this year. Photos:   1, 2. submitted on January 7, 2020, by Steve Stoessel of Niskayuna, New York.   3. submitted on August 28, 2020, by Allen C. Browne of Silver Spring, Maryland. • Michael Herrick was the editor who published this page.
Share This Page.