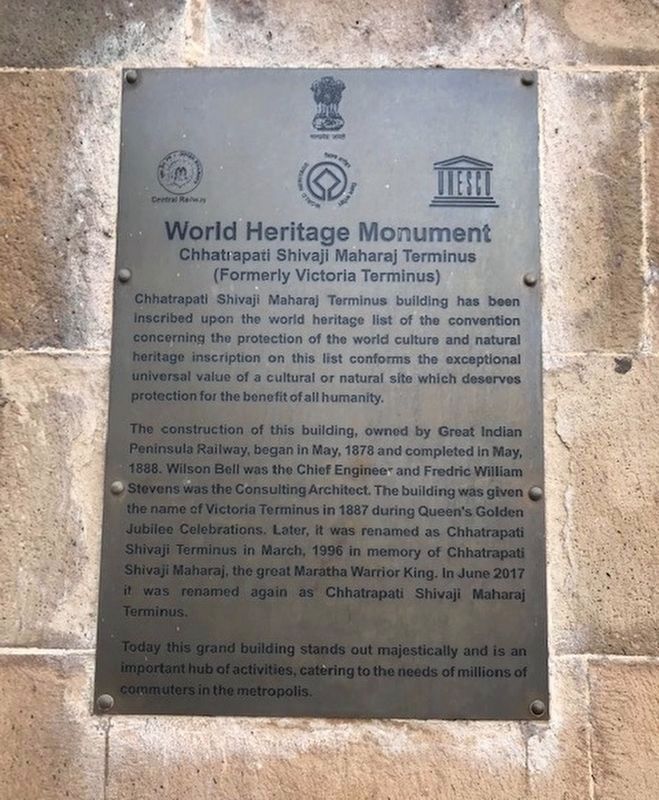 Today this grand building stands out majestically and is an important hub of activities, catering to the needs of millions of commuters in the metropolis. . . This historical marker is in Mumbai in Mumbai City District Maharashtra India

Chhatrapati Shivaji Maharaj Terminus building has been inscribed upon the world heritage list of the convention concerning the protection of the world culture and natural heritage inscription on this list conforms the exceptional universal value of a cultural or natural site which deserves protection for the benefit of all humanity.

Today this grand building stands out majestically and is an important hub of activities, catering to the needs of millions of commuters in the metropolis. 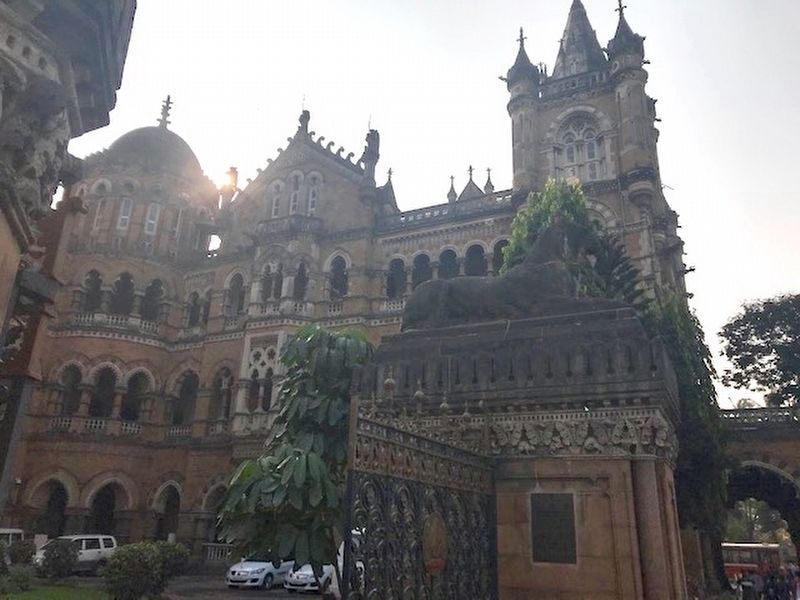 By Shaw Zavoshy, January 11, 2020
2. Chhatrapati Shivaji Maharaj (formerly Victoria) Terminus Marker - wide view
The marker is mounted to the right-side gate post at the western entrance to the terminus.
. Marker is on Dr. Dadabhai Naoroji Road, on the right when traveling south. Touch for map. Marker is in this post office area: Mumbai, Maharashtra 40000-1, India. Touch for directions. 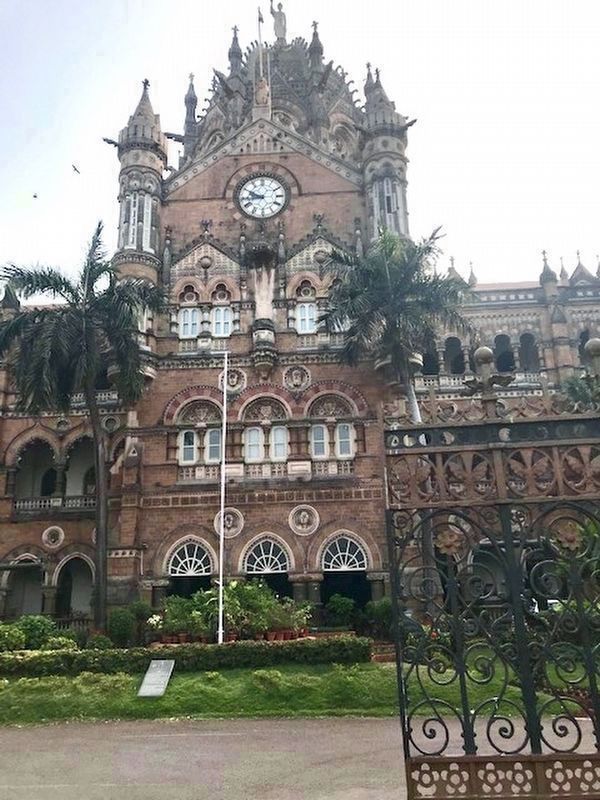 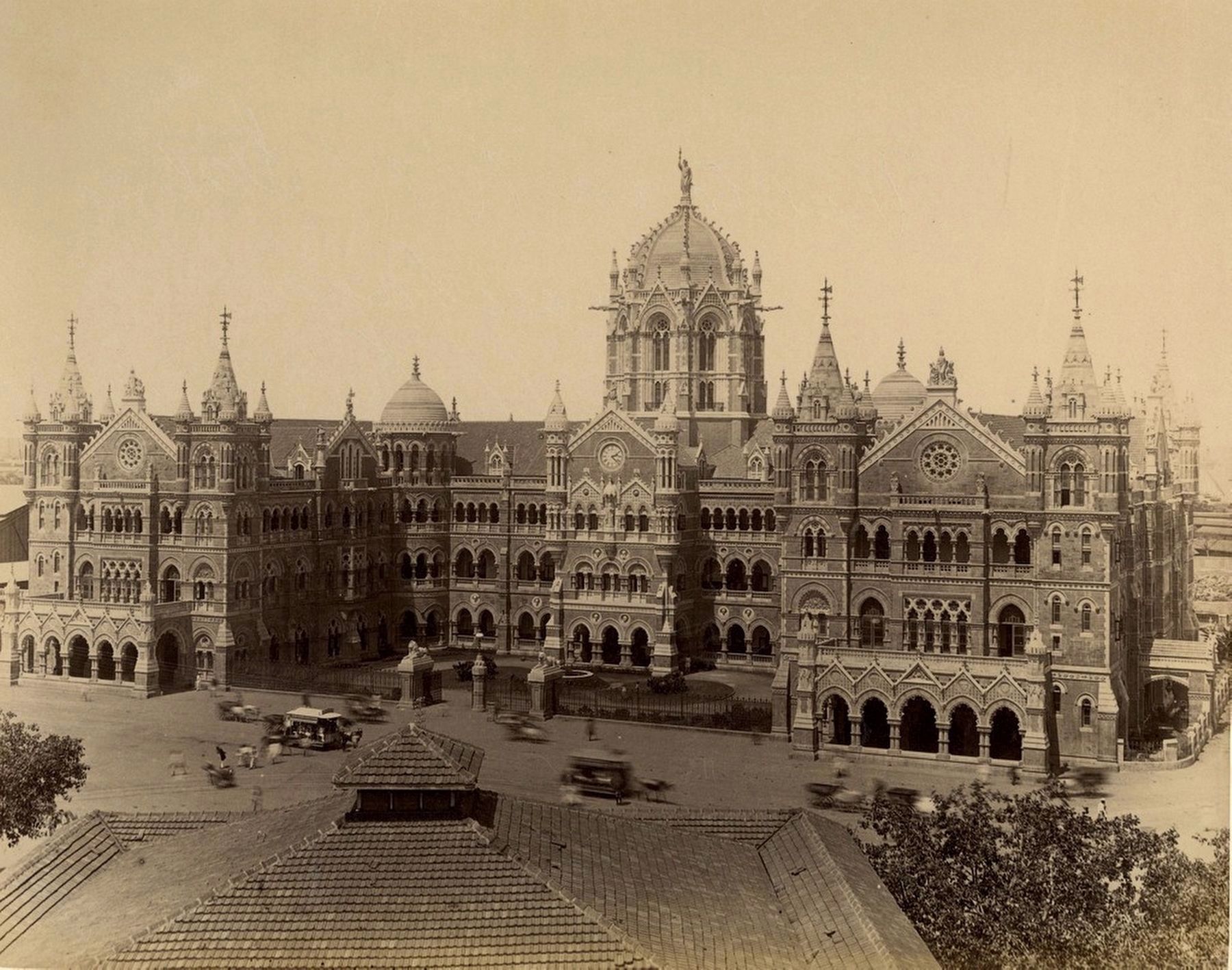 By Postcard image courtesy of Washington University, St. Louis, circa 1910
4. Victoria Terminus, Mumbai
"During the volatile and creative period of the 19th century, a distinguished Bombay-based architect, Frederick William Stevens, developed a synthesis of Gothic and indigenous styles that produced some of the most exuberant buildings in British India. Following the Royal Alfred Sailors' Home (1872–6; now the Council Hall), in 1878 Stevens won the commission for a new city terminus for the Great Indian Peninsula Railway. The Victoria Terminus (1878–87), known as VT, is the finest Victorian Gothic building in India. Inspired by Scott's St Pancras Station in London, it is a monumental affirmation of Victorian civic and imperial pride and an effective measure of the economic stature of the city. Crowned by a huge dome and interwoven with eclectic Indo-Saracenic details, it is an exuberant display of polychromatic stone, decorated tiles, marble and stained glass - Grove Dictionary of Art"
More. Search the internet for Chhatrapati Shivaji Maharaj (formerly Victoria) Terminus.