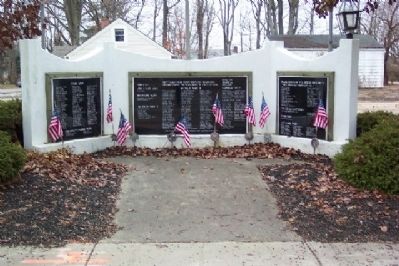 New Albany and Plain Township Residents having served their country in times of war.

Men who died in action while serving their country during war

Location. 40° 4.954′ N, 82° 48.481′ W. Marker is in New Albany, Ohio, in Franklin County. Memorial is at the intersection of Johnstown Road/Main Street (U.S. 62) and 2nd Street, on the right when traveling east on Johnstown Road/Main Street. Touch for map. Marker is in this post office area: New Albany OH 43054, United States of America. Touch for directions.

Other nearby markers. At least 8 other markers are within 3 miles of this marker, measured as the crow flies. Founders of New Albany (a few steps from this marker); The Sylvester Ranney House (within shouting distance of this marker); George and Christina Ealy House and Land 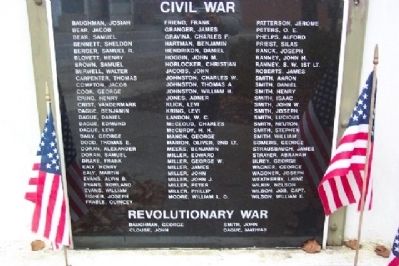 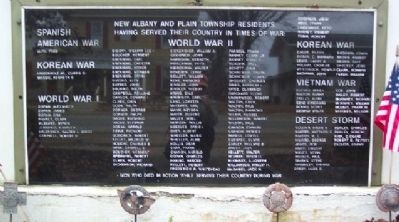 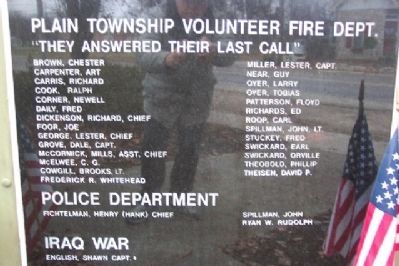 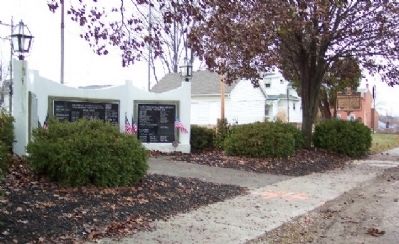