The Mormon Battalion at San Diego 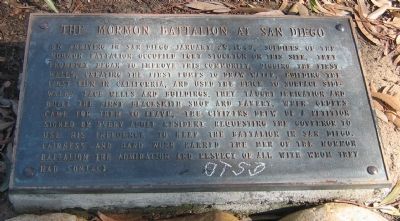 On arriving at San Diego on January 29, 1847, soldiers of the Mormon Battalion occupied Fort Stockton on this site. They promptly began to improve this community, digging the first wells, crating the first pumps to draw water, building the first kiln in California, and used the brick to surface sidewalks, face wells, and buildings. They taught irrigation and built the first blacksmith shop and bakery. When orders came for them to leave, the citizens drew up a petition signed by every adult resident requesting the Governor to use his influence to keep the Battalion in San Diego. Fairness and hard work earned the men of the Mormon Battalion the admiration and respect of all with whom they had contact.

Topics. This historical marker is listed in these topic lists: Industry & Commerce • Settlements & Settlers • War, Mexican-American. A significant historical month for this entry is January 1896. 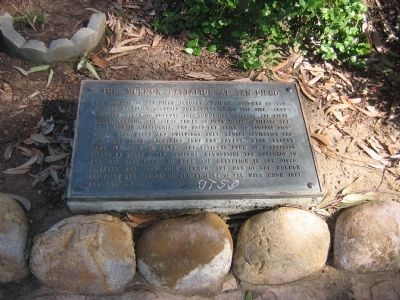 Click or scan to see
this page online
Park. Touch for map. Marker is in this post office area: San Diego CA 92110, United States of America. Touch for directions. 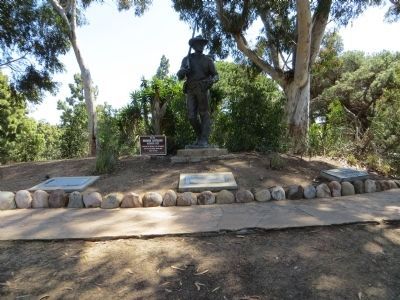 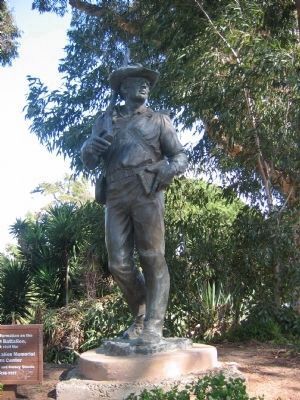 By Syd Whittle, March 18, 2006
4. The Mormon Battalion Monument
Located near the marker