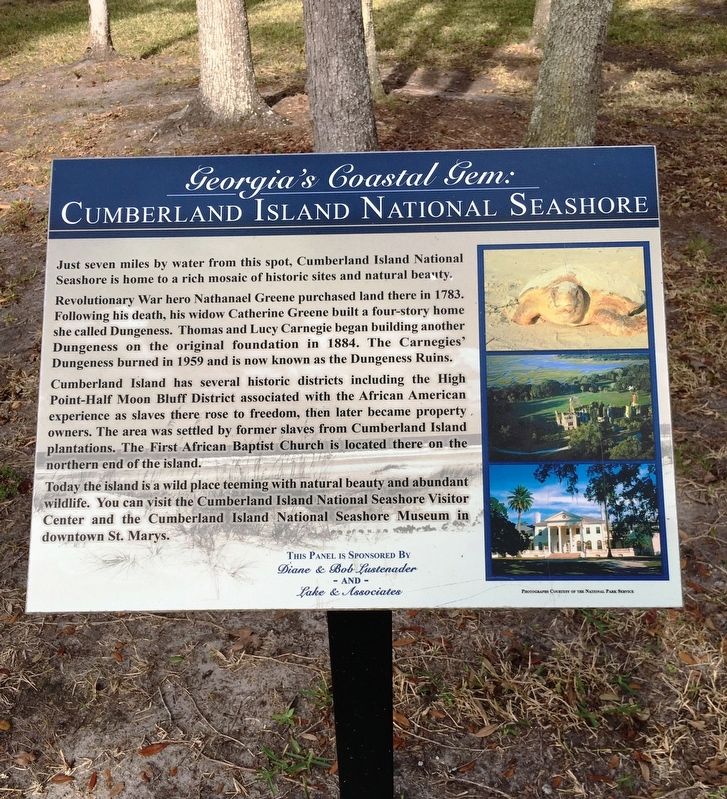 Just seven miles by water from this spot, Cumberland Island National Seashore is home to a rich mosaic of historic sites and natural beauty.

Revolutionary War hero Nathanael Greene purchased land there in 1783. Following his death, his widow Catherine Greene built a four-story home she called Dungeness. Thomas and Lucie Carnegie began building another Dungeness on the original foundation in 1884. The Carnegies’ Dungeness burned in 1959 and is now known as the Dungeness Ruins.

Cumberland Island has several historic districts including the High Point-Half Moon Bluff District associated with the African American experience as slaves there rose to freedom, then later became property owners. The area was settled by former slaves from Cumberland Island plantations. The First African Baptist Church is located there on the northern end of the island. 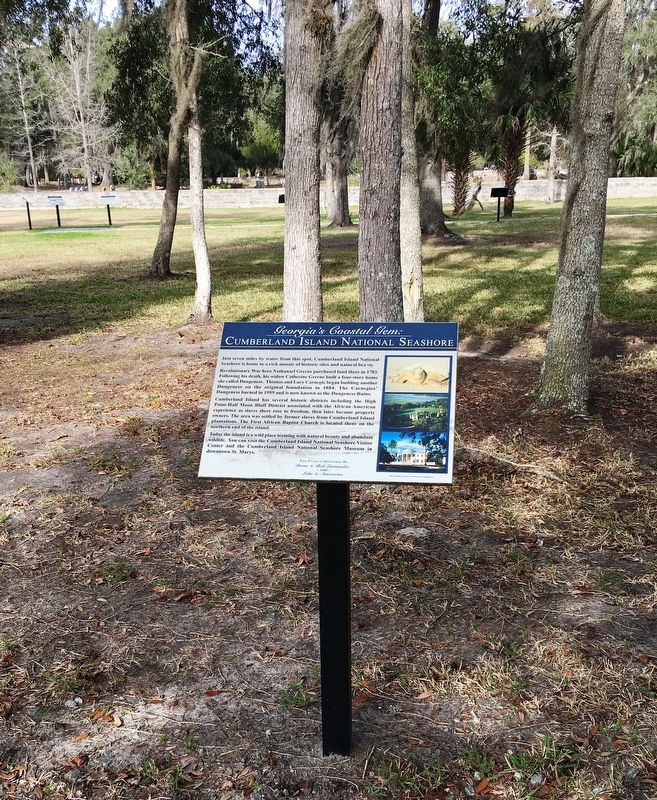 Location. 30° 43.29′ N, 81° 33.236′ W. Marker is in St. Marys, Georgia, in Camden County. Marker can be reached from the intersection of Bartlett Street and St Marys Street West, on the left when traveling north. Marker located within the St. Marys History Walk. Touch for map. Marker is at or near this postal address: 101 Bartlett St, Saint Marys GA 31558, United States of America. Touch for directions. 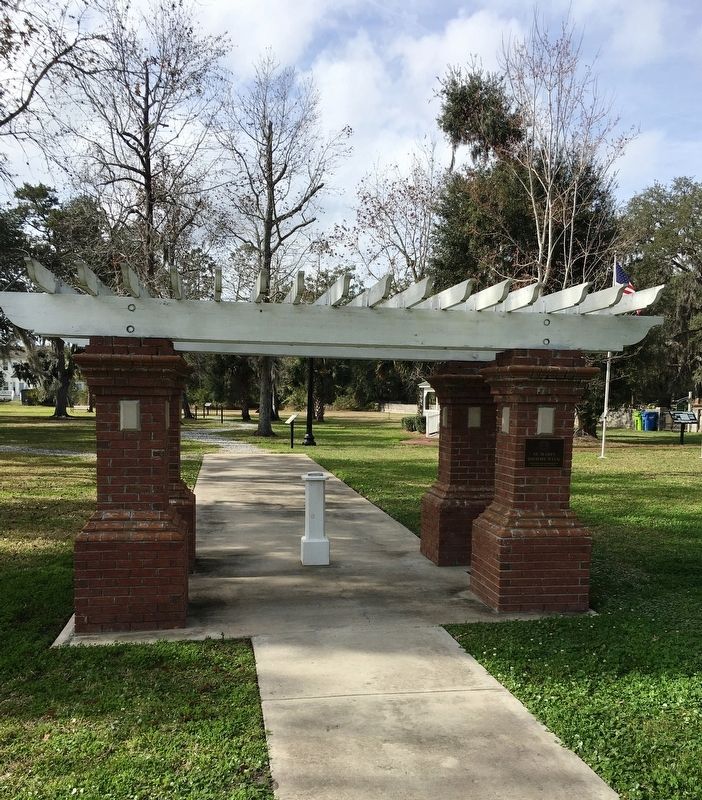 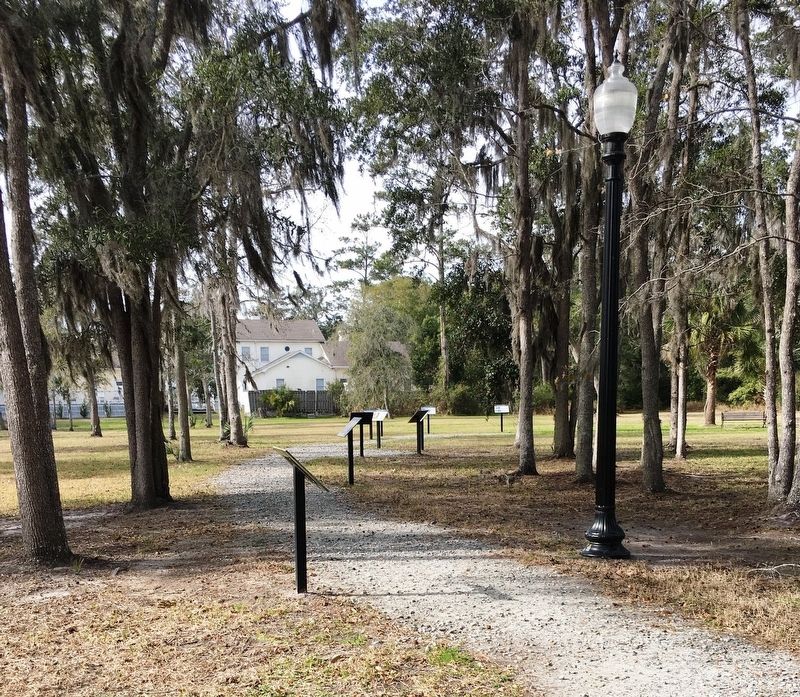 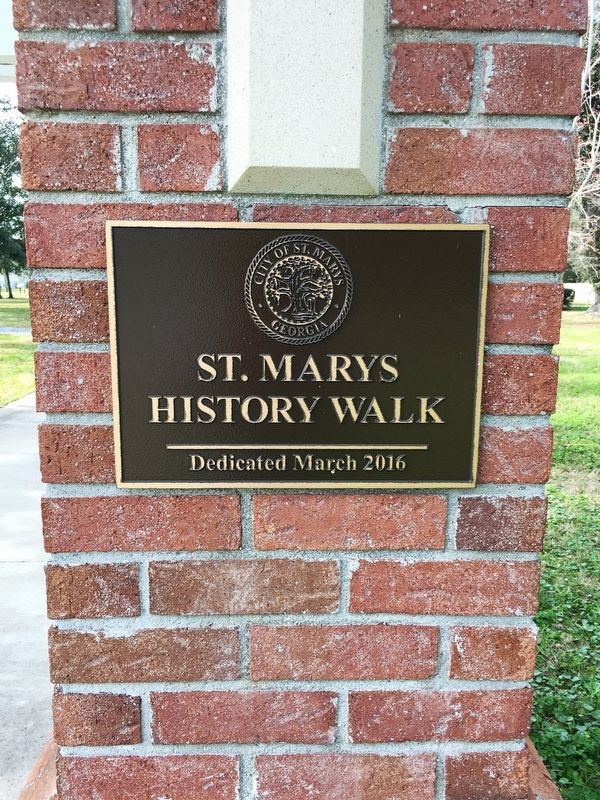