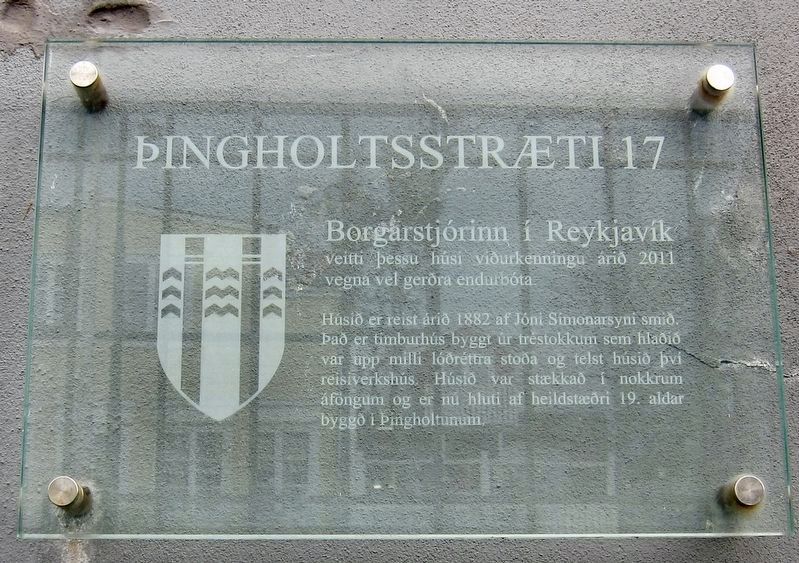 This house was awarded recognition by the Mayor of Reykjavik in 2011 for the excellence of its improvements.

The house was built in 1882 by the carpenter Jóni Simonarsyni. It is a wooden house built of logs set between vertical pillars, and the house was used as his workshop. The house was expanded in several stages and helps form part of the 19th century Thingholt neighborhood. . This historical marker is in Reykjavik Capital Region Höfuðborgarsvæði Iceland