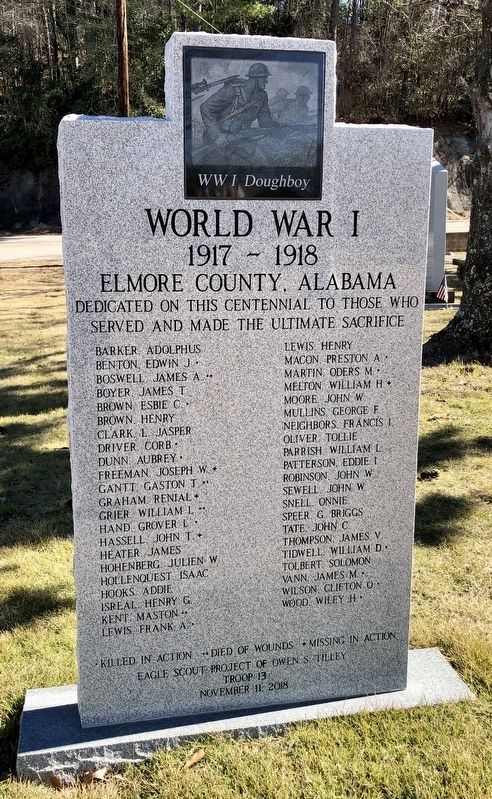 Killed in Action Died of Wounds + Missing In Action. . This memorial was erected in 2018 by Eagle Scout Project of Owen's Tilley, Troop 13. It is in Wetumpka in Elmore County Alabama 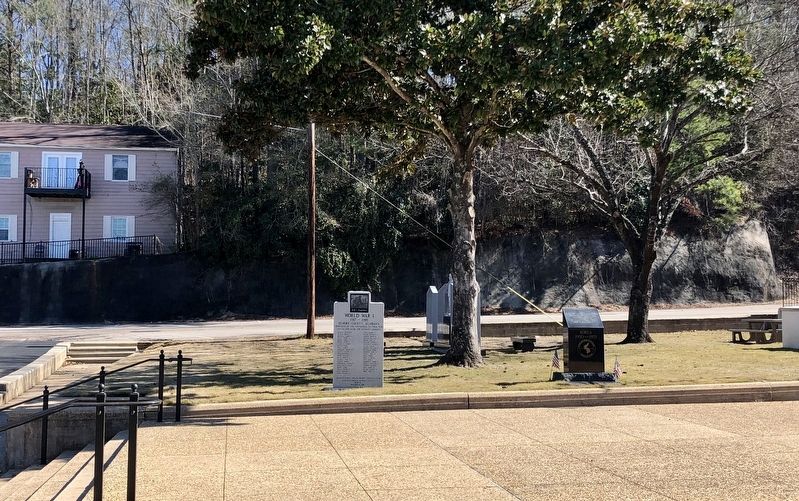