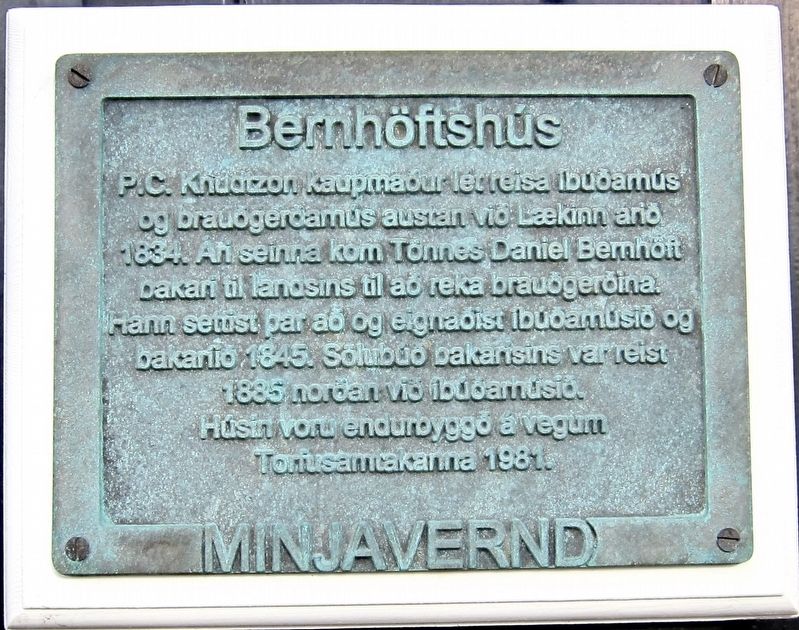 Photographed By Andrew Ruppenstein, May 18, 2018
1. Bernie's Place Marker
Inscription.
(English translation:) The merchant P.C. Knudtzon had a dwelling and baking facility built east of the stream in 1834. One year later, Tönnes Daniel Bernhöft came back to the country to run the facility. He settled there and acquired the residence and bakery in 1845. In 1885, the bakery's sales office was built to the north of the residence. The houses were rebuilt by the Sward Association in 1981. , . This historical marker was erected by Minjavernd. It is in Reykjavik Höfuðborgarsvæðið Iceland