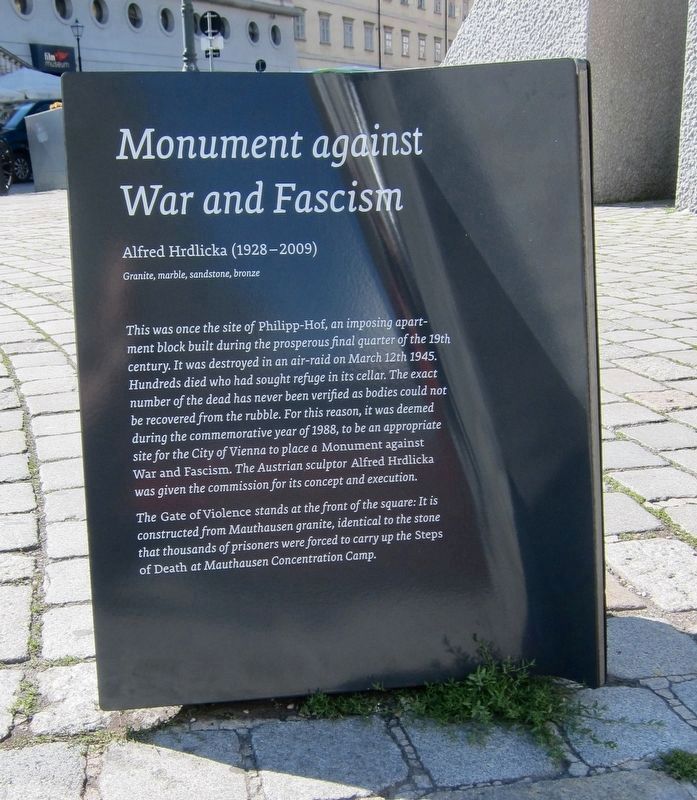 This was once the site of Philipp-Hof, an imposing apartment block built during the prosperous final quarter of the 19th century. It was destroyed in an air-raid on March 12th 1945. Hundreds died who had sought refuge in its cellar. The exact number of the dead has never been verified as bodies could not be recovered from the rubble. For this reason, it was deemed during the commemorative year of 1988, to be an appropriate site for the City of Vienna to place a Monument against War and Fascism. The Austrian sculptor Alfred Hrdlicka was given the commission for its concept and execution.

The Gate of Violence stands at the front of the square: It is constructed from Mauthausen granite, identical to the stone that thousands of prisoners were forced to carry up the Steps of Death at Mauthausen Concentration Camp.

. This historical marker is in Vienna in Innenstadt Wien Austria