This plaque commemorates the 50th anniversary of Furman University's relocation from this site to the current campus north of Greenville on Poinsett Highway. From 1851 to 1958, Furman University was located atop this bluff above the Reedy River Falls, and the Greenville Woman's College was located a mile away on College Street at the current site of Heritage Green. The all-male university and the woman's college was separate institutions until they were coordinated during the Great Depression, and for twenty-five years students and faculty commuted between the two campuses. In 1958, the men moved to the new campus, and, in 1961, the women joined them to create a fully coeducational university. 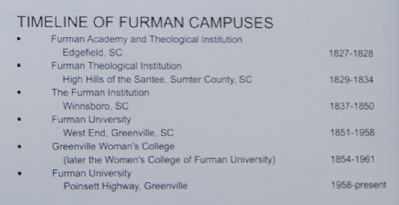 Topics. This historical marker is listed in these topic lists: Education • Notable Buildings. A significant historical year for this entry is 1851.

Related markers. Click here for a list of markers that are related to this marker. Other markers documenting Furman University's history. 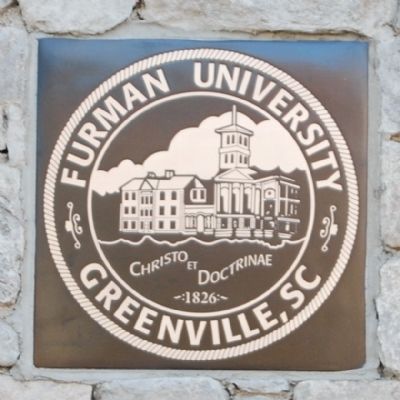 Additional commentary.
1. About James Clement Furman
Born in Charleston, James Furman’s legacy is the service and devotion he gave to his namesake university, which is actually named for his father, Dr. Richard Furman, a Baptist minister and denominational leader. The junior Furman began his tenure as a member of the Furman University faculty while it was still located north of Columbia in Fairfield. He would, working with members of the school’s board of trustees, campaign over the next six years to persuade the state Baptist Convention to move the school to Greenville, where it eventually opened in 1851 in McBee Hall. He would go on to become chairman of the faculty and later president of the university.

Furman, an ardent states’ rights supporter, was heavily involved in politics, as well. In 1860, he secured an appointment as one of the Greenville delegates to attend the Secession Convention, a meeting 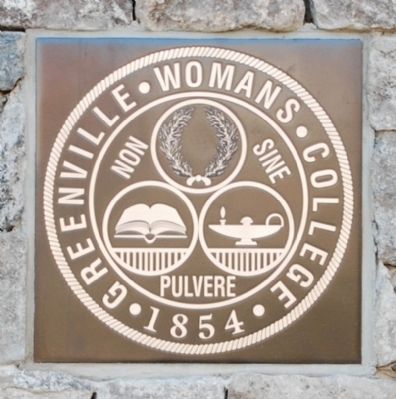 Photographed By Brian Scott, December 7, 2008
4. Greenville Woman's College Seal - Detail
that would eventually lead South Carolina to become the first Southern state to secede from the Union. On December 20, 1860, Furman was one of the signers of the Ordinance of Secession. (Source: G: The Magazine of Greenville, Jan/Feb 09 pg 70.)
— Submitted April 13, 2009, by Brian Scott of Anderson, South Carolina.
2. James Clement Furman: History in Brief
At a Glance James Furman became an influential political figure in the community and a leader at Furman University, a school that his father, Dr. Richard Furman, worked to found.

Claim to Fame Furman is best known for his efforts to have Furman University moved from Fairfield, South Carolina, to Greenville in 1851, where it opened in McBee Hall on the corner of Main Street and McBee Avenue. He was chairman of the faculty before later becoming president.

Did You Know? Furman University closed during the Civil War, so Furman became president of the Greenville Women’s College instead. Initial efforts to reopen the school after the war’s conclusion were unsuccessful, but Furman was quoted as saying, “I have resolved, if the university should go down, to sink with it.” 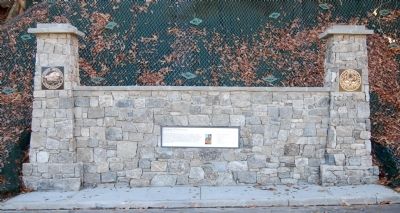 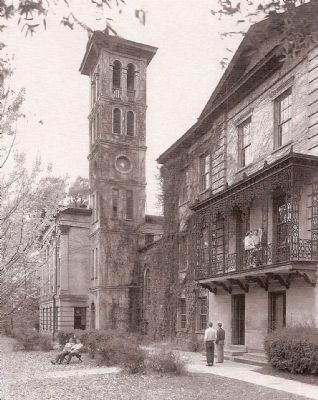 Special Collections, South Carolina Library, USC Columbia
7. Furman University
Furman Campus was designed by Edward C. Jones of Charleston. The Italian-style bell tower was rung each time there was a southern victory during the Civil War. The campus was demolished in 1961 but the bell tower was recreated on Furman's current campus. It now chimes each time there is a Furman athletic victory. 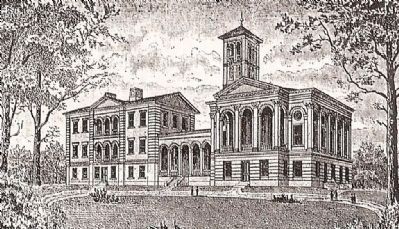 Special Collections, Greenville County Library, Greenville, 1901
8. Furman University (1854)
The music building to the left of the bell tower and the right building make up the entire Furman campus. This engraving comes from a 1901 Greenville city directory. 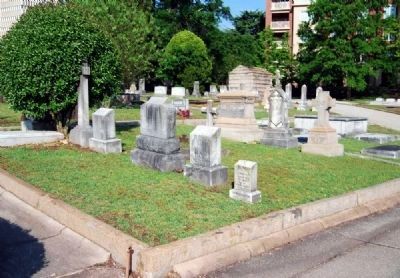 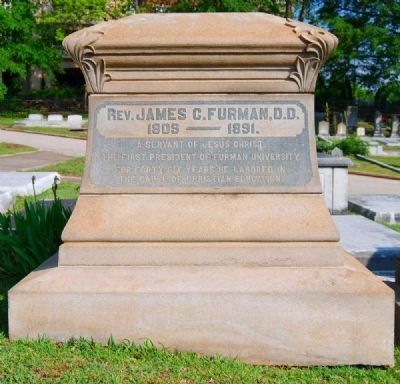 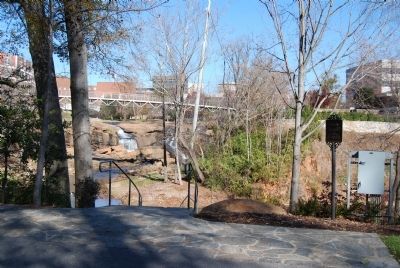 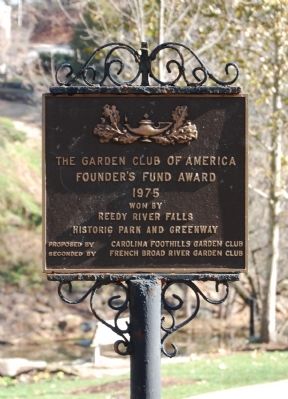