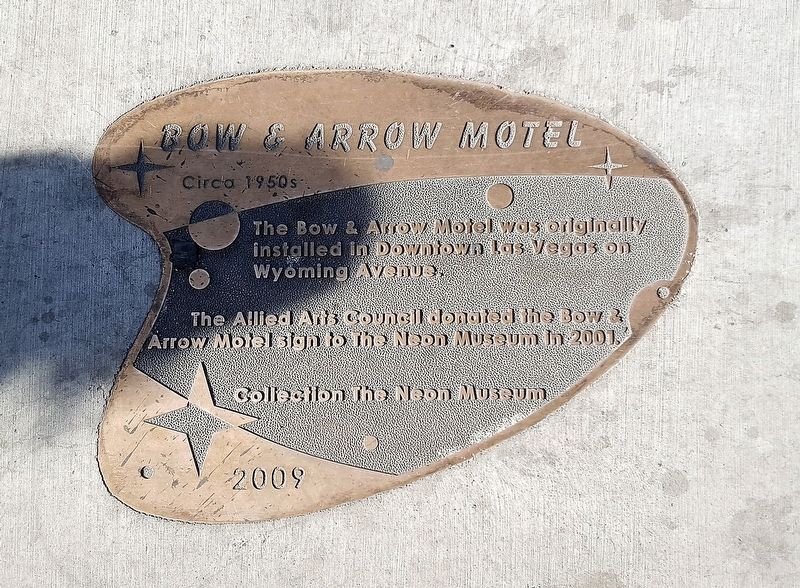 The Allied Arts Council donated the Bow & Arrow Motel sign to The Neon Museum in 2001. 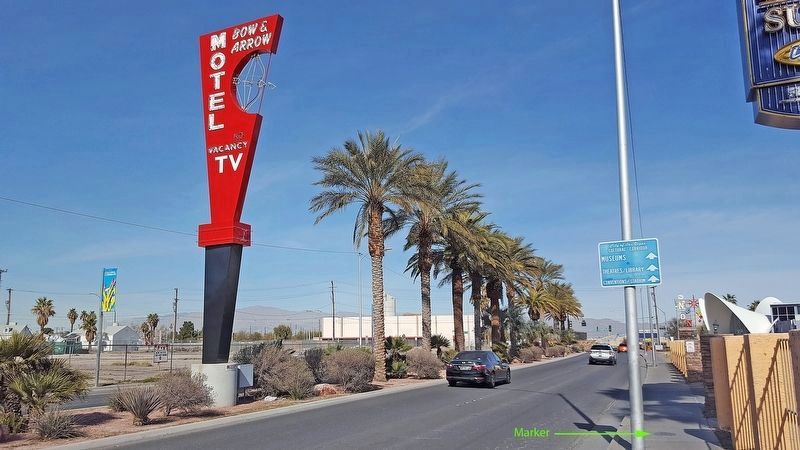 More about this marker. This marker is embedded in the sidewalk across the street from the neon sign.

Regarding Bow & Arrow Motel. From the Neon Museum website:

In 1996, The Neon Museum officially “opened” with the installation of its first refurbished sign, the Hacienda Horse and Rider, at the intersection of Las Vegas Boulevard and Fremont Street.

Today, it joins eight other restored neon signs currently on display as part of the Las Vegas Signs project: the Silver Slipper, the Bow & Arrow Motel and Binion’s Horseshoe were installed in 2009 near the La Concha Visitors’ Center at the McWilliams Avenue intersection; Society Cleaners, the Lucky Cuss Motel and the Normandie Motel were added along Las Vegas Blvd between Ogden Ave the 1-95 overpass in 2012. Additionally, the 5th Street Liquor sign was installed at Garces Street and Casino Center Boulevard, near the Bonneville Transit Center and the Landmark Hotel sign was installed on Paradise Road near the site of the imploded casino.