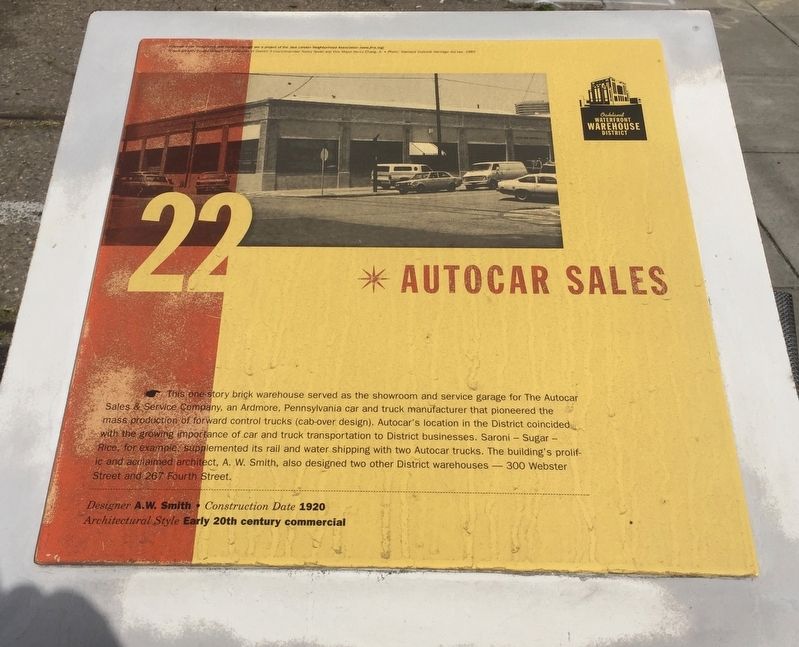 This one story brick warehouse served as the showroom and service garage for The Autocar Sales & Service Company, an Ardmore, Pennsylvania car and truck manufacturer that pioneered the mass production of forward control trucks (cab-over design). Autocar's location in the District coincided with the growing importance of car and truck transportation to District businesses. Saroni - Sugar - Rice, for example, supplemented its rail and water shipping with two Autocar trucks. The building's prolific and acclaimed architect, A. W. Smith, also designed two other District warehouses - 300 Webster Street and 267 Fourth Street.

Topics. This historical marker is listed in this topic list: Industry & Commerce. A significant historical year for this entry is 1920. 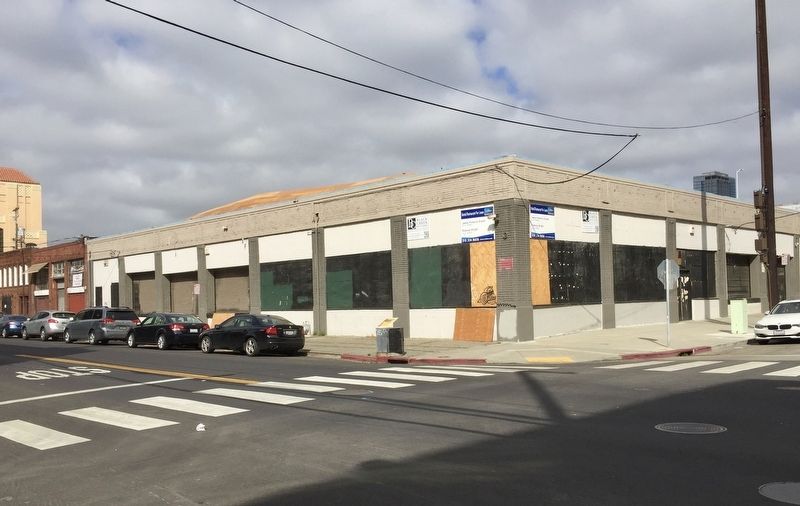 By Andrew Ruppenstein, February 13, 2020
2. Autocar Sales Marker - wide view
The marker is visible here, being part of the top of the trash receptacle on the corner.

Click or scan to see
this page online
of Fouth Street and Alice Street, on the right when traveling north on Fouth Street. Touch for map. Marker is in this post office area: Oakland CA 94607, United States of America. Touch for directions.