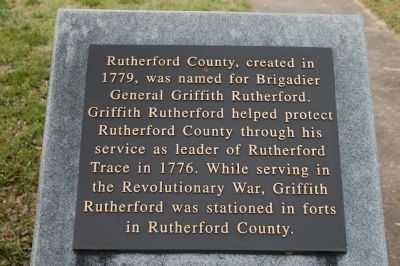 Topics. This historical marker is listed in these topic lists: Settlements & Settlers • War, US Revolutionary. A significant historical year for this entry is 1779.

Other nearby markers. At least 8 other markers are within walking distance of this marker. Rutherfordton Confederate Monument (a few steps from this marker); First Baptist Church (about 300 feet away, measured in a direct line); Stoneman's Raid (about 400 feet away); James Adair (about 700 feet away); Rutherfordton (approx. 0.2 miles away); 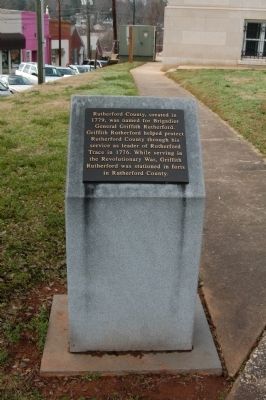 Click or scan to see
this page online
St. John's Episcopal Church (approx. 0.2 miles away); Bechtler's Mint (approx. ¼ mile away); Joshua Forman (approx. 0.4 miles away). Touch for a list and map of all markers in Rutherfordton. 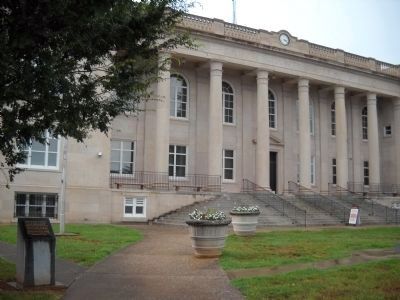 Photographed By Bill Coughlin, August 5, 2010
3. Rutherford Marker
The Rutherford County marker is seen here in front of the Courthouse. 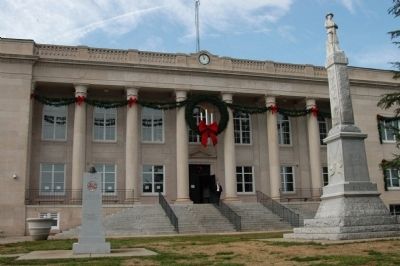