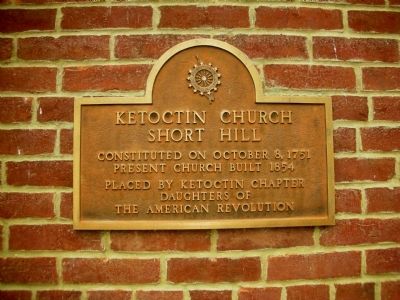 Photographed By Samuel Dalton, circa December 13, 2008
1. Ketoctin Baptist Church Marker
Inscription.
Ketoctin Church Short Hill. .
Constituted on October 8, 1751 Present Church Built 1854 Placed By Ketoctin Chapter Daughter Of The American Revolution. . This historical marker was erected by Daughters of the American Revolution. It is Near Purcellville in Loudoun County Virginia

Topics and series. This historical marker is listed in these topic lists: Churches & Religion • Notable Buildings • Patriots & Patriotism • War, US Revolutionary. In addition, it is included in the Daughters of the American Revolution (DAR) series list. A significant historical month for this entry is October 1861. 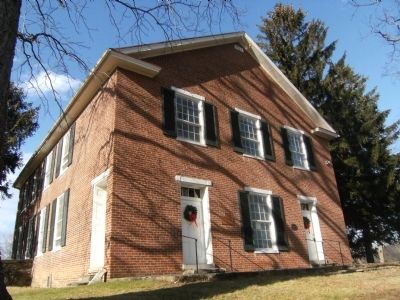 Photographed By Samuel Dalton, December 21, 2008
2. Ketoctin Baptist Church Marker
The church currently has a congregation that meets every Sunday. There is no indoor plumbing. The architectural appears unusual for a Baptist church and perhaps reflects a Quaker influence since the Quakers were very active in Loudoun County. It is quite possible the side door was for slaves; the church accepted blacks into membership.

More about this marker. Historic Baptist church which was founded in 1751, located just east of Blue Ridge near Short Hill Mountain. This church was constituted during the French and Indian War. Seven church members, including Rev. John Marks, served in the Revolutionary War on the Patriot side. The marker is located on the front of the church building.

Related marker. Click here for another marker that is related to this marker. Buck Marsh Baptist Church near Berryville. 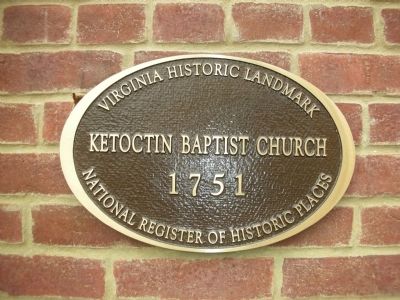 Photographed By Samuel Dalton, December 6, 2008
3. Ketoctin Baptist Church Marker
Another marker placed on the front of the church designating its historical significance as one of Virginia's Historical Landmarks. 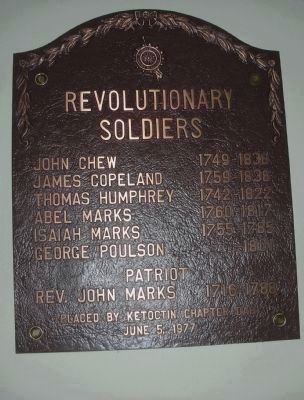 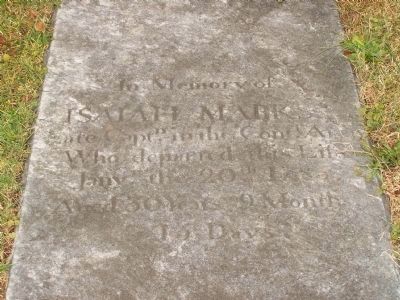 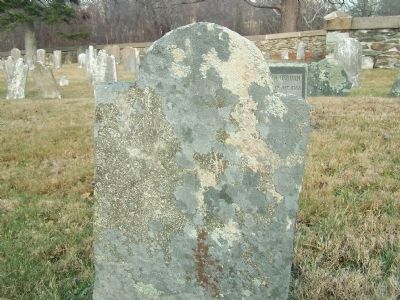 Photographed By Samuel Dalton
6. Gravestone of Rev. John Marks
This is the gravestone of Rev. John Marks, Patriot soldier and Baptist preacher. The grave markings are barely legible. The grave was located by comparing a Marks family website photo taken in 2001. The photo was taken to the grave site, compared to the stones and it was determined that it was the correct stone by shape and location. The word "John M" is somewhat legible, but the headstone is in very poor condition. The DAR has an accompanying metal marker by Isaiah Marks' tombstone. Curiously, there is no marker for the Rev. John Marks, who was the pastor of this church by any organization, a situation which should be remedied. 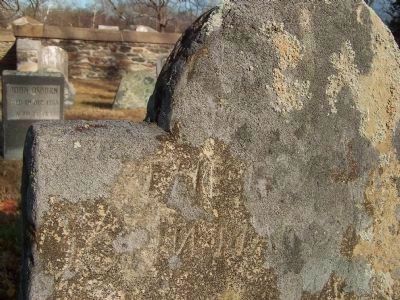