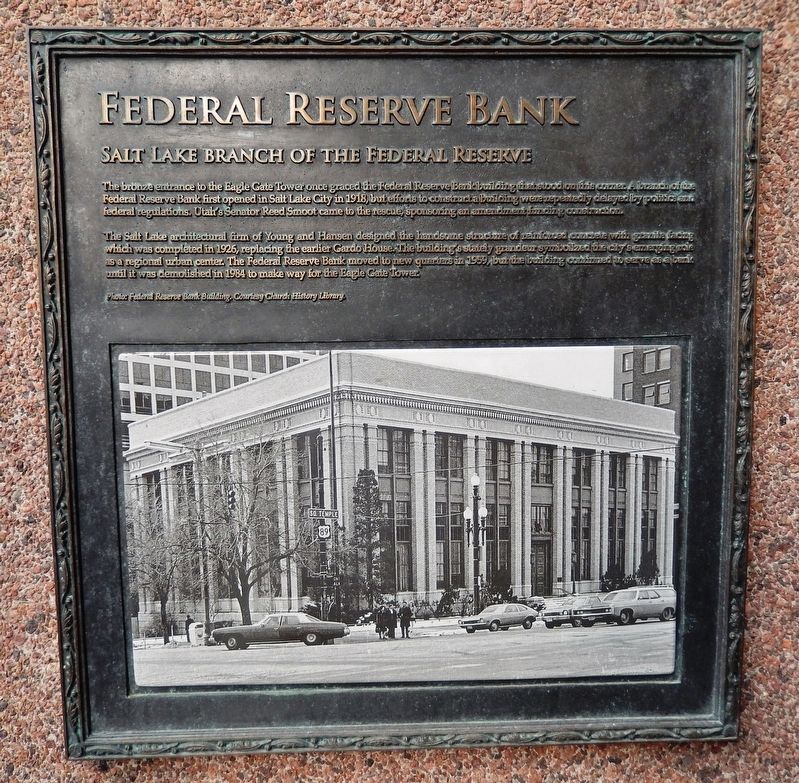 The bronze entrance to the Eagle Gate Tower once graced the Federal Reserve Bank building that stood on this corner. A branch of the Federal Reserve Bank first opened in Salt Lake City in 1918, but efforts to construct a building were repeatedly delayed by politics and federal regulations. Utah's Senator Reed Smoot came to the rescue, sponsoring an amendment financing construction.

The Salt Lake architecture firm of Young and Hansen designed the handsome structure of reinforced concrete with granite facing which was completed in 1926, replacing the earlier Gardo House. The building’s stately grandeur symbolized the city’s emerging role as a regional urban center. The Federal Reserve Bank moved to new quarters in 1959, but the building continued to serve as a bank until it was demolished in 1984 to make way for the Eagle Gate Tower.

Topics. This historical marker is listed in this topic list: Notable Buildings. A significant historical year for this entry is 1918. 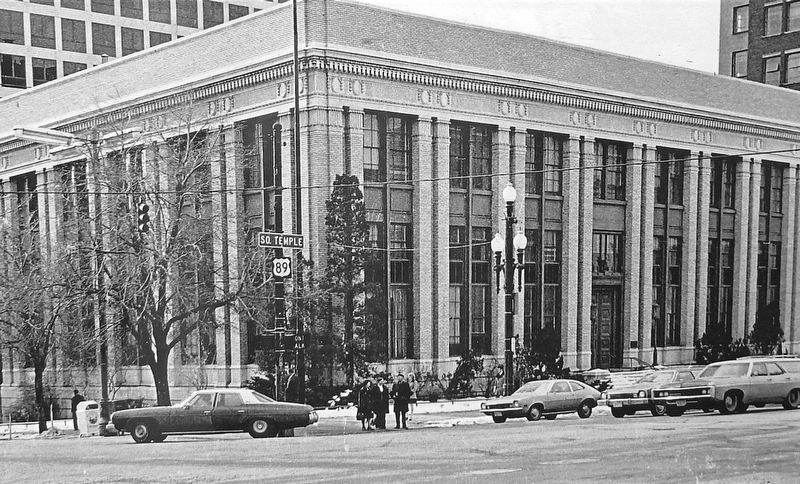 Click or scan to see
this page online
State Street (Utah Route 186), on the right when traveling east. Marker is mounted at eye-level near the World Trade Center Utah building entrance on East South Temple. Touch for map. Marker is at or near this postal address: 60 East South Temple, Salt Lake City UT 84111, United States of America. Touch for directions. 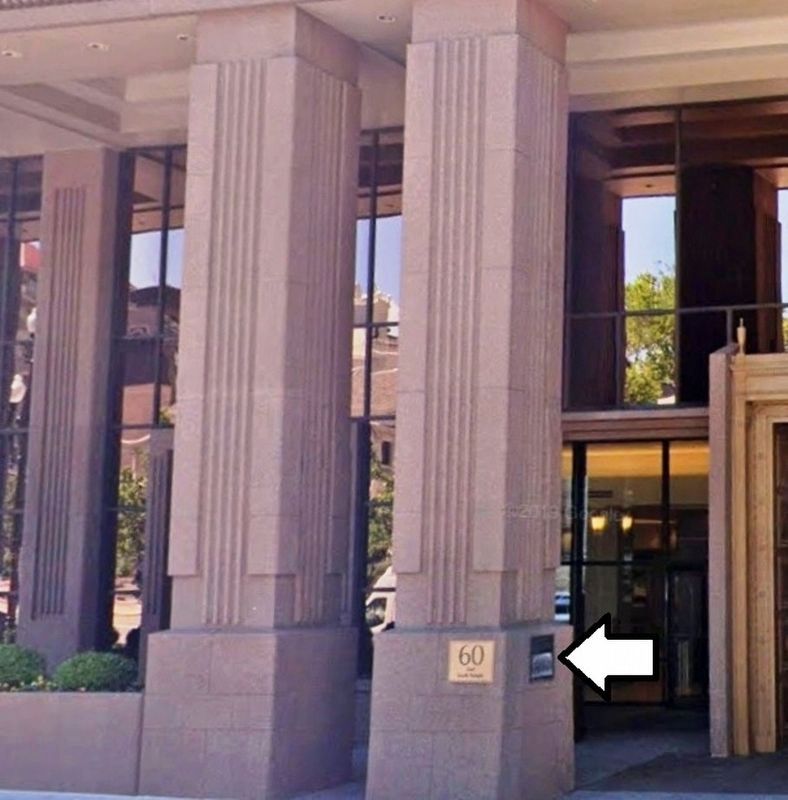