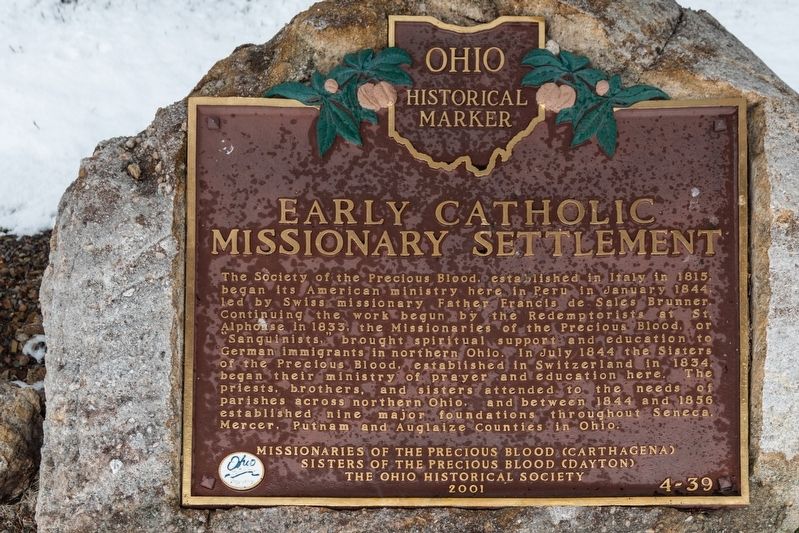 The Society of the Precious Blood, established in Italy in 1815, began its American ministry here in Peru in January 1844, led by Swiss missionary Father Francis de Sales Brunner. Continuing the work begun by the Redemptorists at St. Alphonse in 1833, the Missionaries of the Precious Blood, or “Sanguinists,” brought spiritual support and education to German immigrants in northern Ohio. In July 1844 the Sisters of the Precious Blood, established in Switzerland in 1834, began their ministry of prayer and education here. The priests, brothers, and sisters attended to the needs of parishes across northern Ohio, and between 1844 and 1856 established nine major foundations throughout Seneca, Mercer, Putnam, and Auglaize Counties in Ohio. 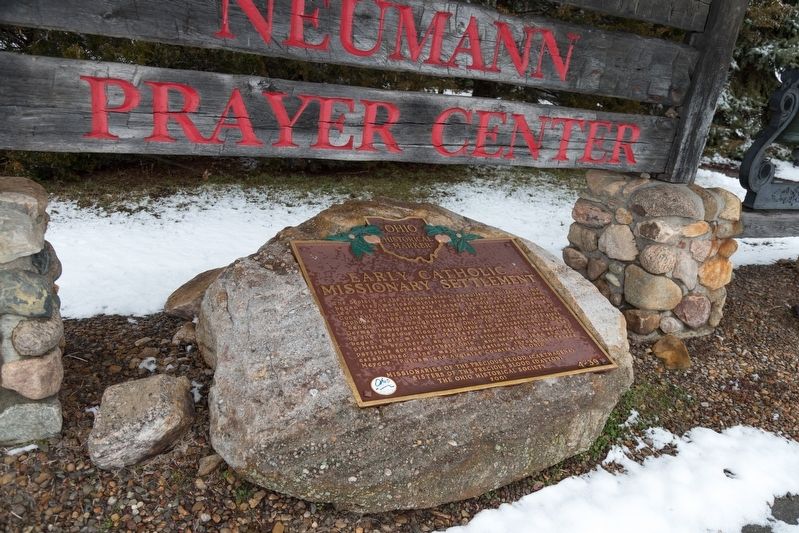 By J. J. Prats, February 13, 2020
2. Early Catholic Missionary Settlement Marker
12.148′ N, 82° 38.253′ W. Marker is in Peru Township, Ohio, in Huron County. Marker is on Settlement Road (County Route 129) 0.1 miles east of Ohio Route 61. The marker is with the school bell under a shelter, laying almost flat to the ground, at the St. John Neumann Prayer Center, the rightmost building in the St. Alphonsus Church complex. Touch for map. Marker is at or near this postal address: 1352 Settlement Rd, Norwalk OH 44857, United States of America. Touch for directions.

John Nepomucene Neumann CSsR (1811–1860) was a Catholic priest from Bohemia. He immigrated to the United States in 1836, where he was ordained and later joined the Redemptorist order and became the fourth Bishop of Philadelphia (1852–1860). He is the first United States bishop (and to date the 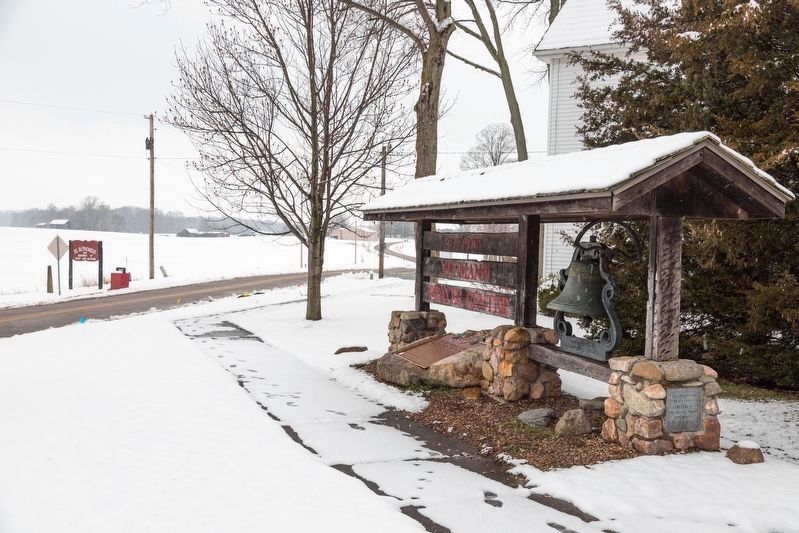 By J. J. Prats, February 13, 2020
3. Early Catholic Missionary Settlement Marker
It is laying under the sign to the left of the bell. The re-lettered boards read “St. John Neumann Prayer Center.” The small tablet below the shelter’s post reads, “Bell preserved by Clarence and F. P. III Frederick. First used in Parish’s West School 1880’s — 1920’s.” In the distance is a red sign with white lettering that reads, “St. Alphonsus, 1841, residence of Saint John Neumann.”
only male U.S. citizen) to be canonized. ... He is a Roman Catholic saint, canonized in 1977.

... Neumann applied to join the Redemptorist Fathers, was accepted, and entered their novitiate at St. Philomena's Church in Pittsburgh. He was their first candidate in the New World and took his religious vows as a member of the congregation in Baltimore, in January 1842. While a novice for the Redemptorists, he served at St. Alphonsus Church in Peru Township, Huron County, Ohio for five months before returning to New York. ... 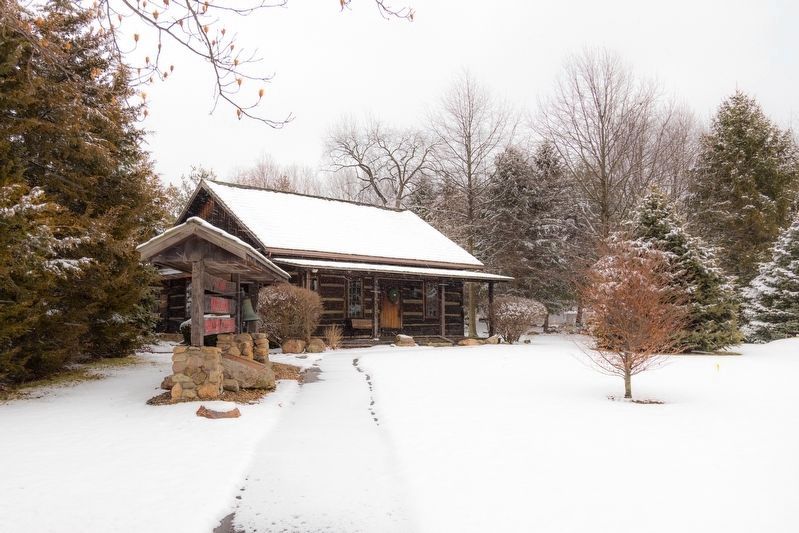 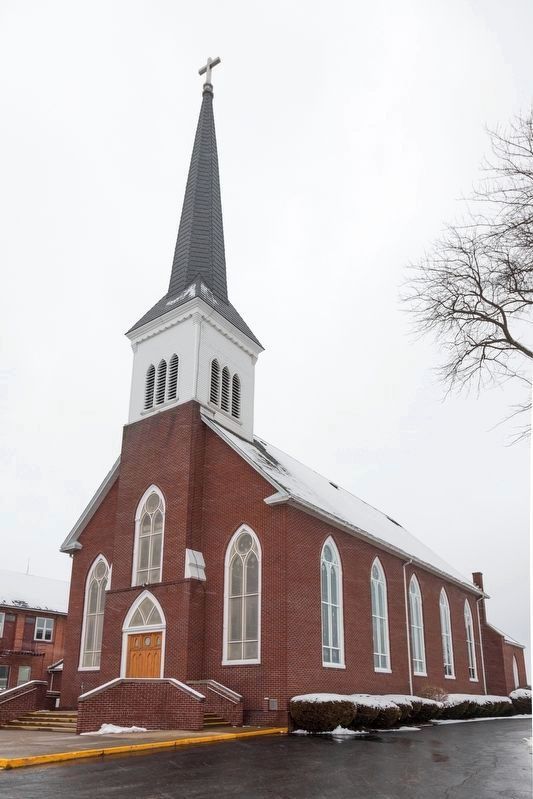