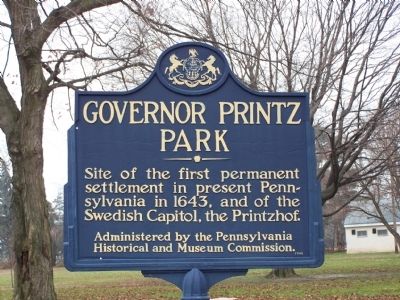 Site of the first permanent settlement in present Pennsylvania in 1643, and of the Swedish Capitol, the Printzhof.

Topics and series. This historical marker is listed in this topic list: Settlements & Settlers. In addition, it is included in the Pennsylvania Historical and Museum Commission series list.

Location. 39° 51.74′ N, 75° 18.155′ W. Marker is in Essington, Pennsylvania, in Delaware County. Marker is at the intersection of Taylor Ave. and 2nd Street, on the right when traveling east on Taylor Ave.. Touch for map. Marker is in this post office area: Essington PA 19029, United States of America. Touch for directions. 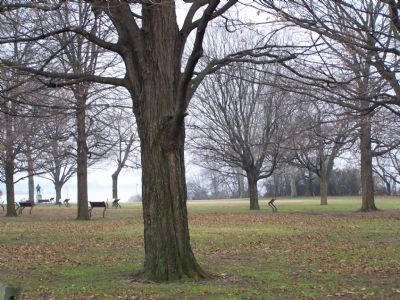 By Beverly Pfingsten, December 27, 2008
2. Governor Printz Park
Delaware River in the background.
(approx. one mile away); John Morton (approx. 1.7 miles away); Sun Shipbuilding and Dry Dock Company (approx. 2½ miles away). Touch for a list and map of all markers in Essington. 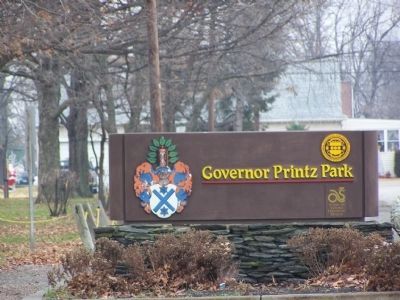