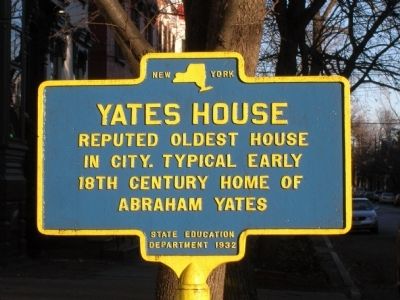 Location. 42° 48.993′ N, 73° 56.798′ W. Marker is in Schenectady, New York, in Schenectady County. Marker is on Union Street, on the right when traveling west. The Yates House is located within Schenectady's Stockade Historic District, one of the oldest and best preserved neighborhoods in the United States, with roots dating back to a 17th century Dutch colonial trading settlement. "The Stockade", as it is known to locals, was recognized as New York State’s first historic district. The Stockade was added to the national Register of Historic Places in 1974, with an increase in size in 1984. Touch for map. Marker is in this post office area: Schenectady NY 12305, United States of America. Touch for directions. 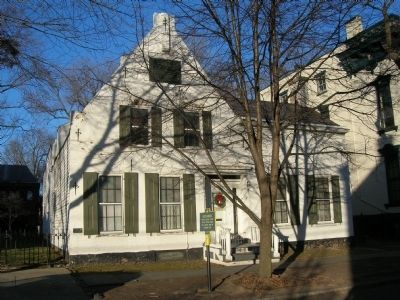 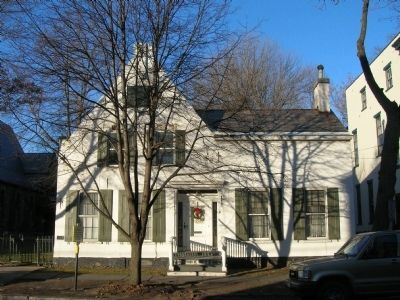 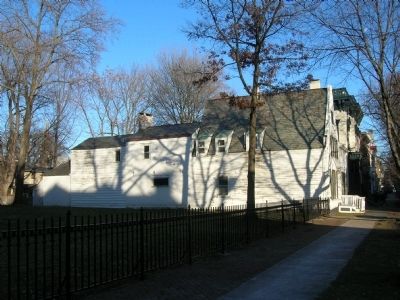 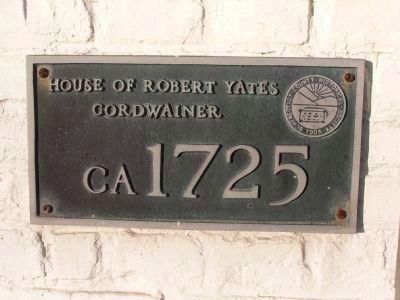 By Howard C. Ohlhous, December 8, 2008
5. Another Yates House Marker
Many of the homes in Schenectady's Stockade Historic District have plaques which identify them and state their build dates. This marker is mounted on the front of the house facing the sidewalk, on the far left corner of the building. 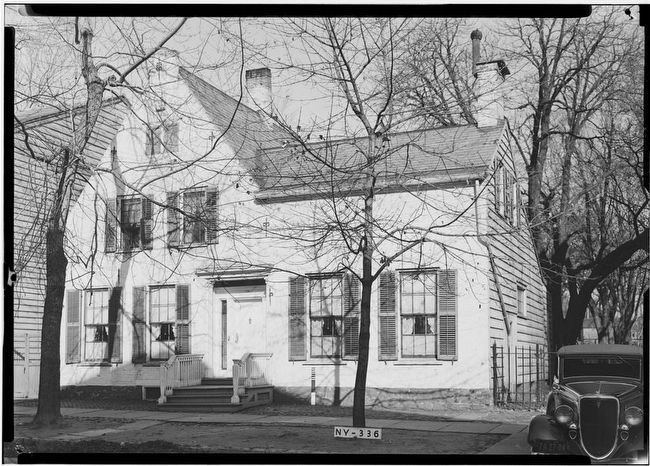 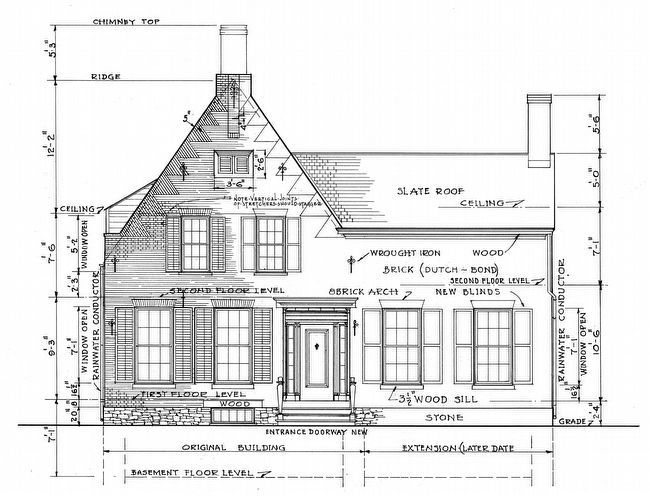