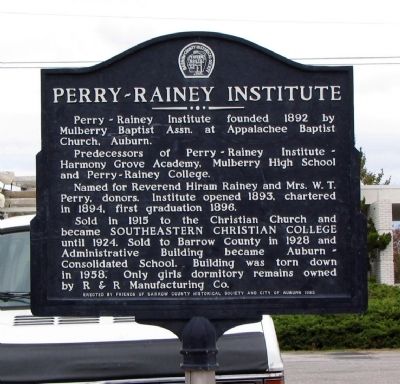 Sold in 1915 to the Christian Church and became Southeastern Christian College until 1924. Sold to Barrow County in 1928 and Administrative Building became Auburn-Consolidated School. Building was torn down in 1958. Only girls dormitory remains owned by R & R Manufacturing Co.

Topics. This historical marker is listed in these topic lists: Churches & Religion • Entertainment. A significant historical year for this entry is 1892. 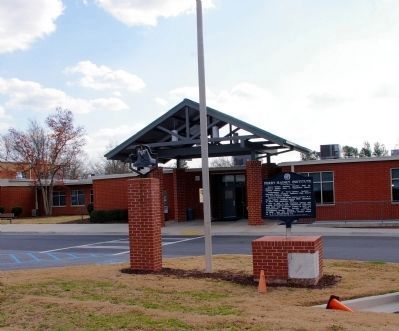 Click or scan to see
this page online
when traveling east on 6th Avenue. Touch for map. Marker is in this post office area: Auburn GA 30011, United States of America. Touch for directions.