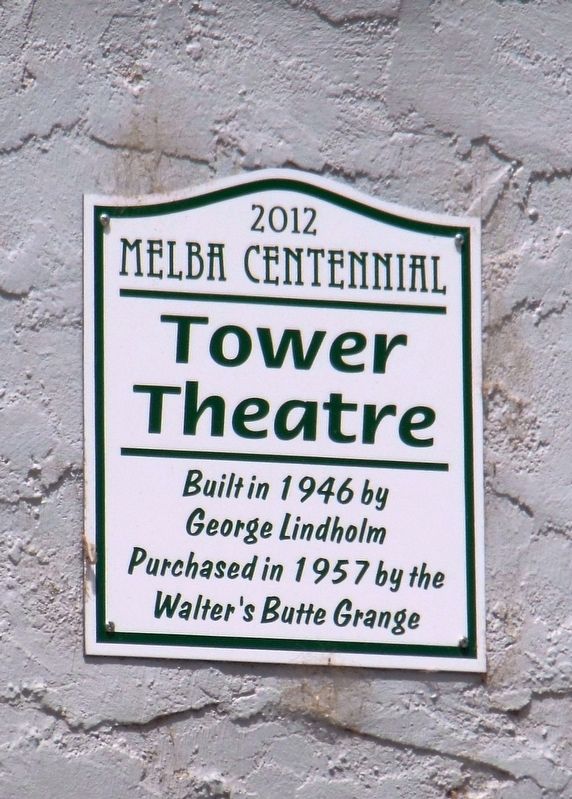 Photographed By Cosmos Mariner, June 23, 2013
1. Tower Theater Marker
Inscription.
Tower Theater. .
Built in 1946 by George Lindholm Purchased in 1957 by the Walter’s Butte Grange. . This historical marker was erected in 2012 by Melba Centennial. It is in Melba in Canyon County Idaho

Topics. This historical marker is listed in this topic list: Notable Buildings. A significant historical year for this entry is 1946. 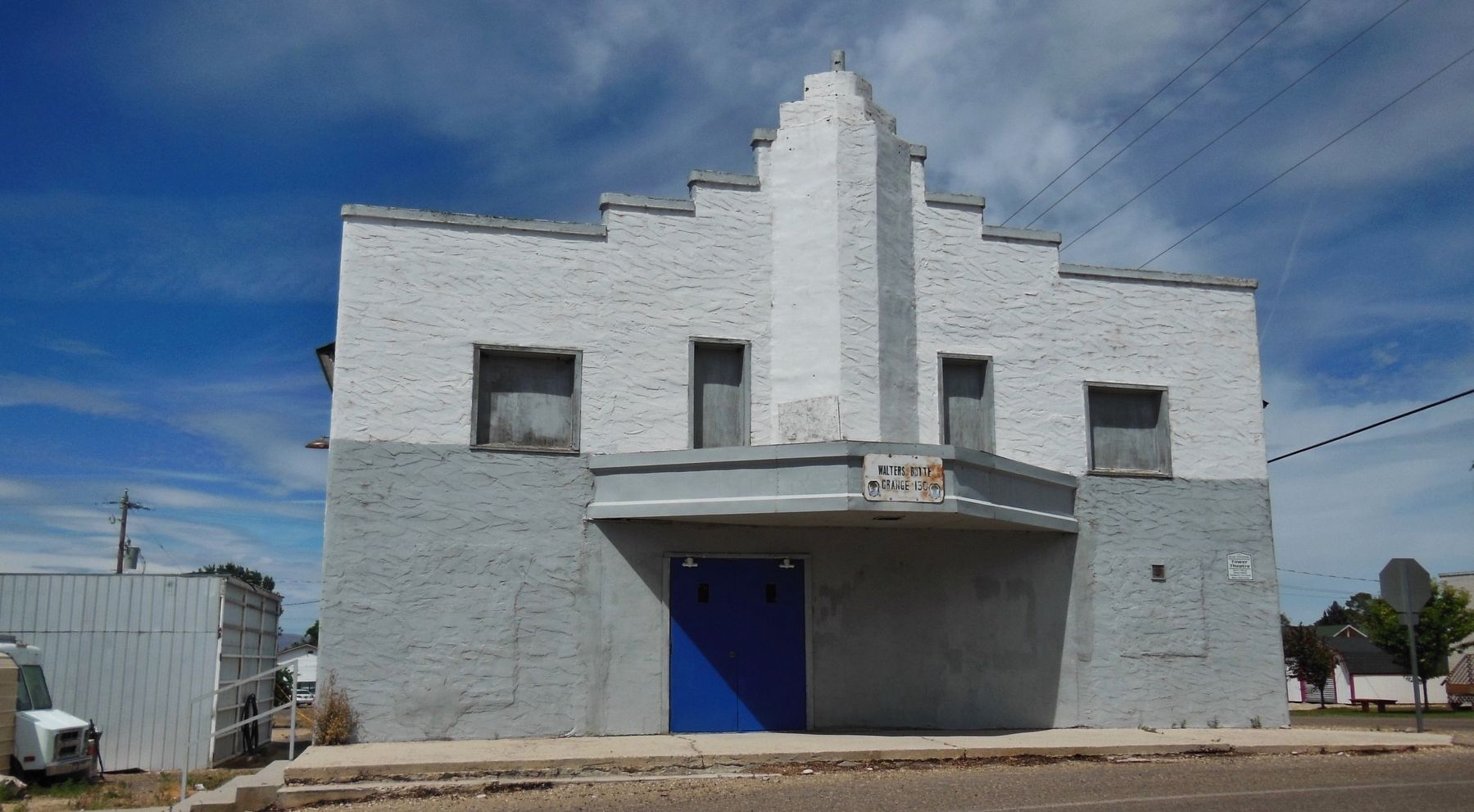