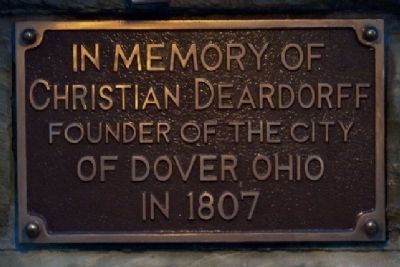 Erected by City of Dover.

Topics. This historical marker is listed in this topic list: Settlements & Settlers. A significant historical year for this entry is 1807.

Other nearby markers. At least 8 other markers are within walking distance of this marker. Dover Concert Band, 1924 (within shouting distance of this marker); W. W. Scott, 1891 (about 300 feet away, measured in a direct line); The Ohio and Erie Canal / Canal Dover Toll House (approx. ¼ mile away); Dover Public Library (approx. 0.3 miles away); The Cascade and Hardesty Mills / The Ohio-Erie Canal and Industry in Dover (approx. 0.3 miles away); Camp Meigs (approx. 0.6 miles 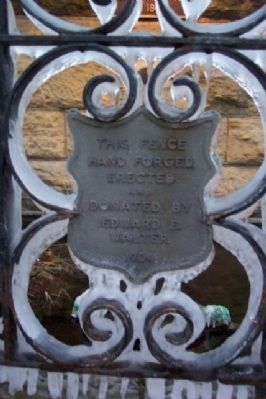 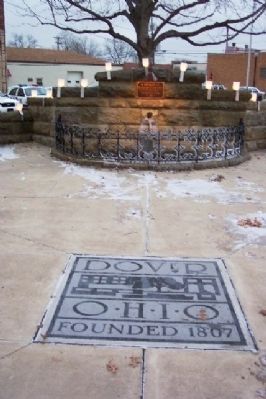