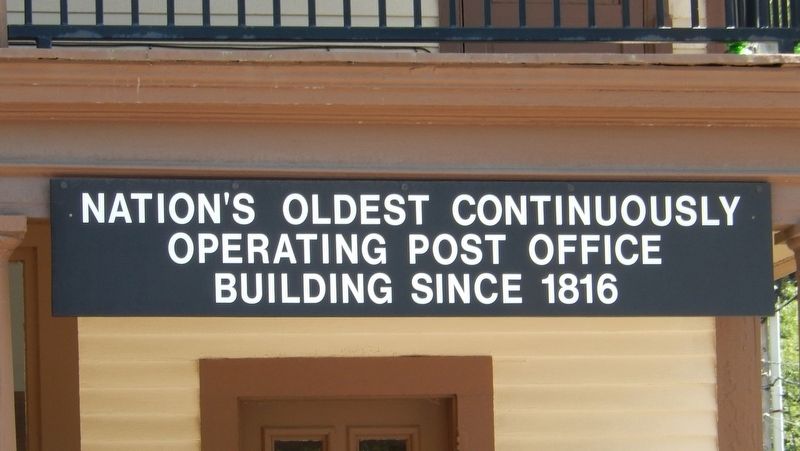 Topics and series. This historical marker is listed in these topic lists: Communications • Notable Buildings. In addition, it is included in the Postal Mail and Philately series list. A significant historical year for this entry is 1816.

Location. 42° 47.195′ N, 72° 28.887′ W. Marker is in Hinsdale, New Hampshire, in Cheshire County. Marker is on Main Street (New Hampshire Route 119) just west of Depot Street, on the left when traveling west. Marker is mounted directly on subject post office building, over the entrance. Touch for map. Marker is at or near this postal address: 13 Main Street, Hinsdale NH 03451, United States of America. Touch for directions. 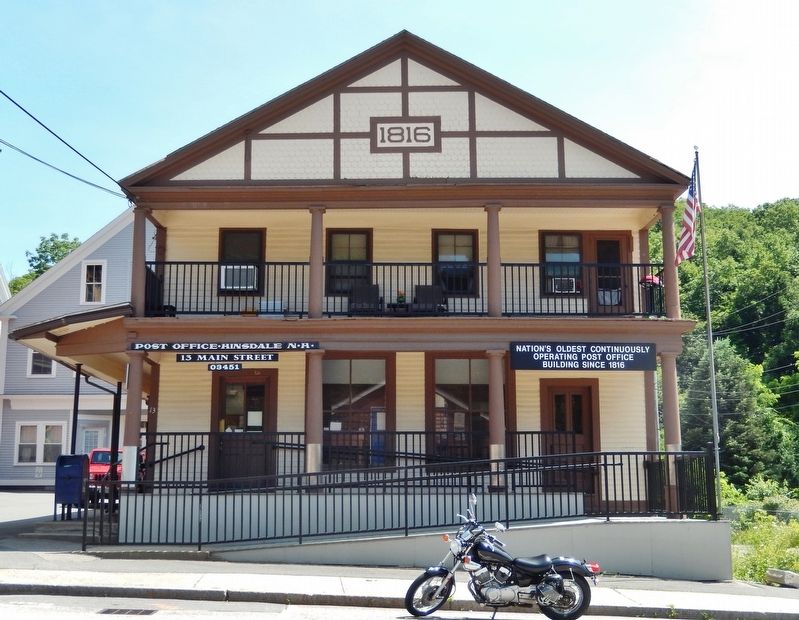 Also see . . .
1. Oldest Post Office in the U.S. There are other post offices in the country that have operated for longer, or are in more spectacular buildings, but none of them have been in the same building for quite as long. Nathan Babbitt, was the self-appointed first Postmaster of Hinsdale in 1815, and he is responsible for building the post office the following year. He built what was at the time considered a contract postal unit. That is, he built a post office in a corner or a general store and started taking deliveries for the small town. The mail eventually became more important than the general store and the little corner post office took over the entire building little by little. (Submitted on July 1, 2020, by Cosmos Mariner of Cape Canaveral, Florida.)

2. Small town New Hampshire post office celebrates 200 years. (AP, August 4, 2016) When the small town of Hinsdale’s post office opened in 1816, it didn’t need all the space in the two-story wooden building on Main Street. Through the years, it has shared space 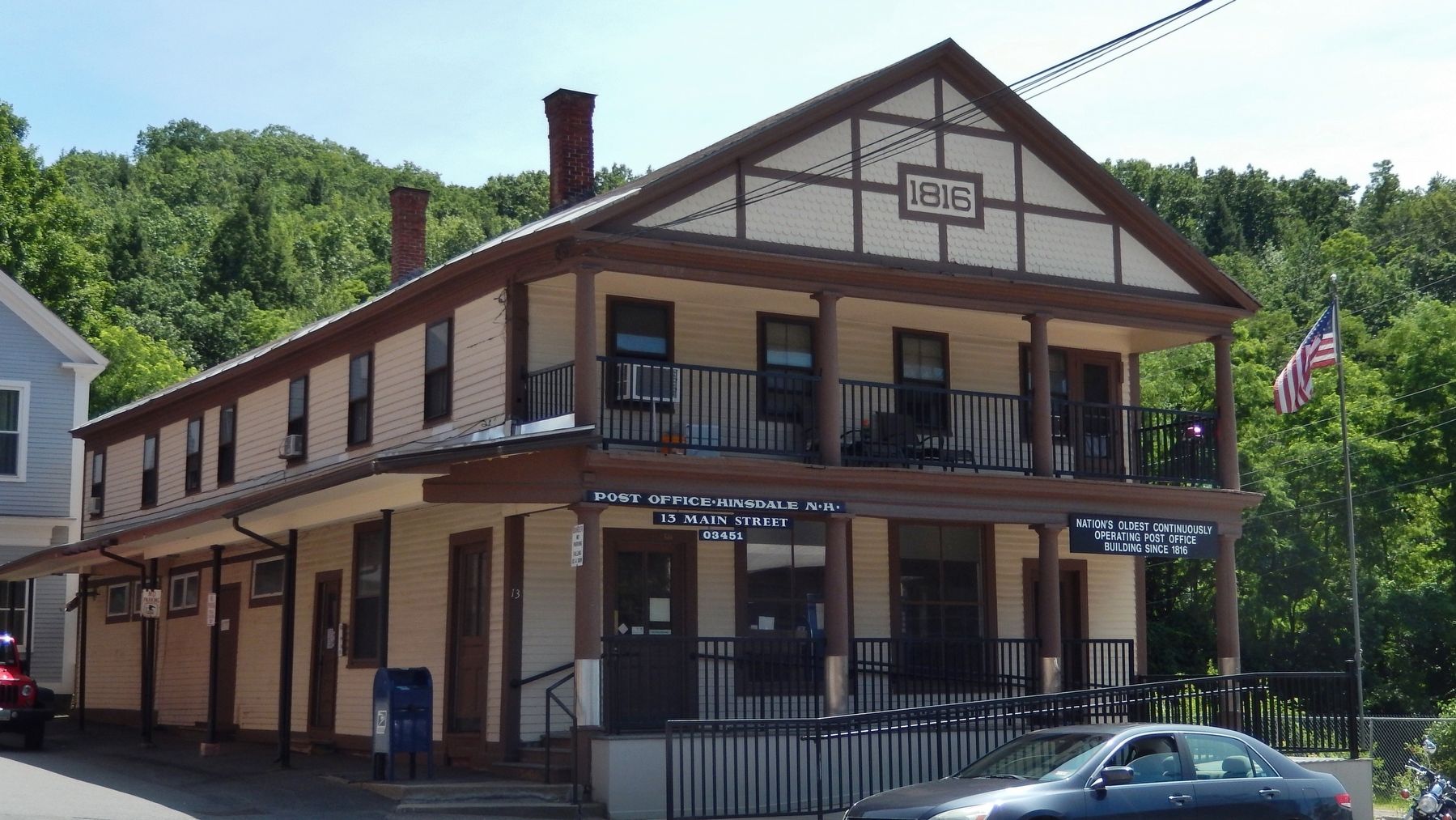