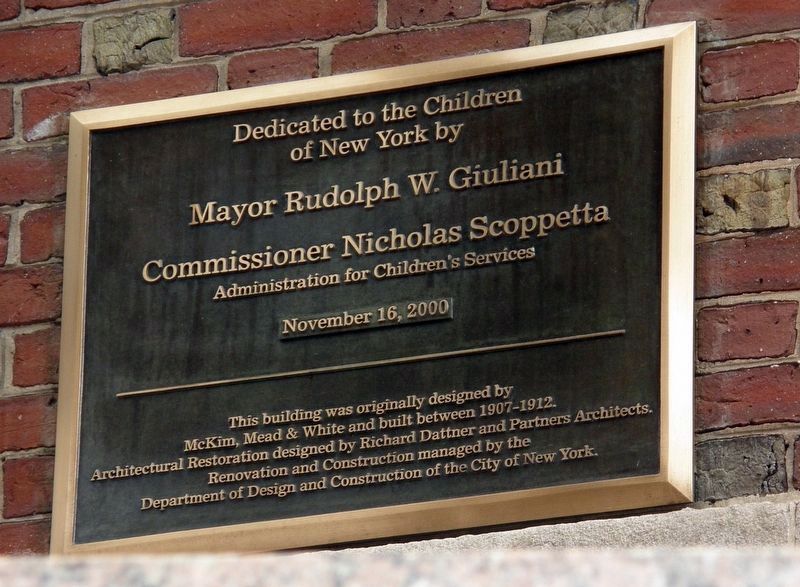 By Larry Gertner, May 28, 2010
1. ACS Children's Center plaque
Inscription.
ACS Children's Center. . . Dedicated to the Children of New York by . Mayor Rudolph W. Giuliani . Commissioner Nicholas Scoppetta . Administration for Children’s Services . November 16, 2000 . . This building was originally designed by McKim, Mead & White and built between 1907-1912. . Architectural Restoration designed by Richard Dattner and Partners Architects. . Renovation and Construction managed by the Department of Design and Construction of the City of New York. . This historical marker was erected in 2000. It is in New York in New York County New York 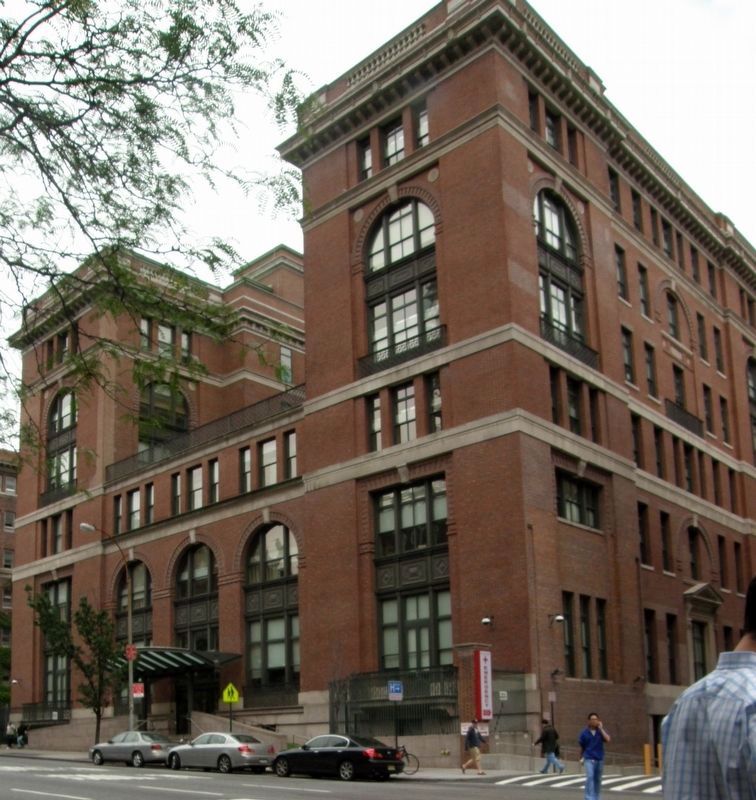 Regarding ACS Children's Center. This building was originally constructed as the city morgue. 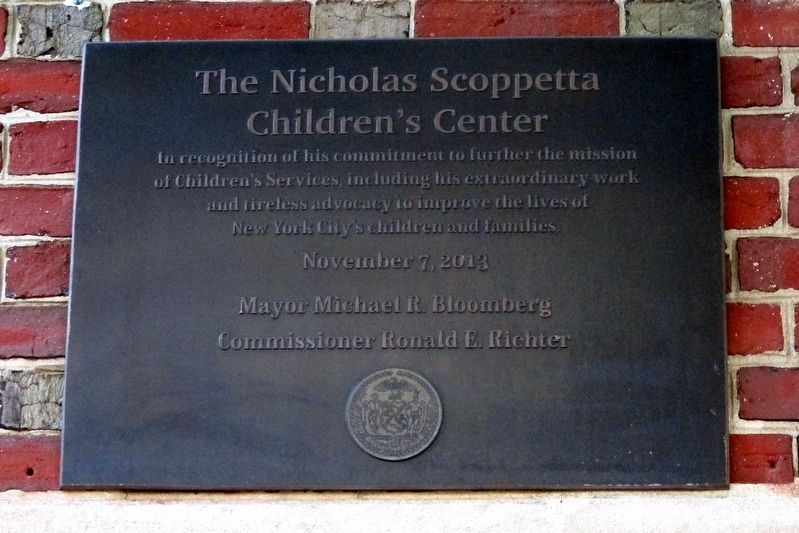