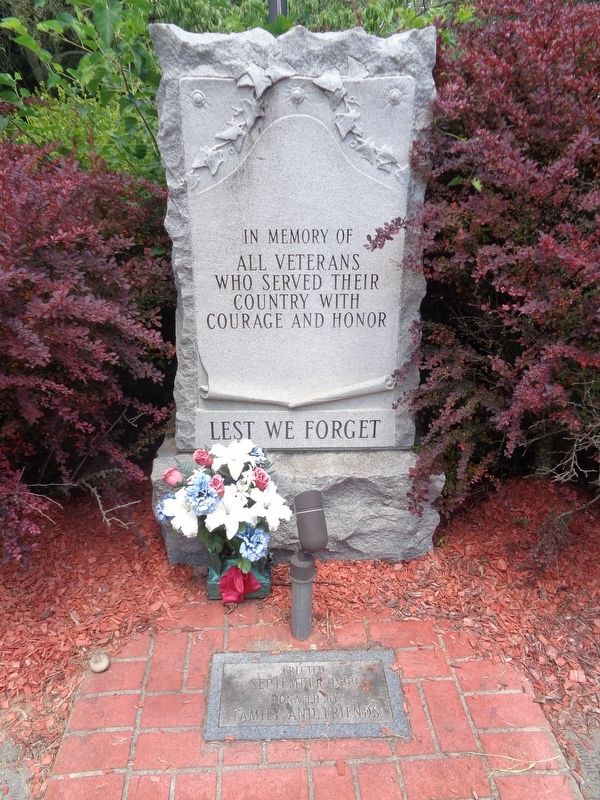 By Jason Voigt, July 6, 2020
1. Veterans Memorial
Inscription.
Veterans Memorial. .
In Memory of All Veterans Who Served Their Country With Courage and Honor Lest We Forget . (supplementary plaque:)
Erected September 1999 Donated by Family and Friends. . This memorial was erected in 1999. It is in Martinsville in Clark County Illinois

All Veterans
Who Served Their
Country With
Courage and Honor

Donated by
Family and Friends

Location. 39° 20.02′ N, 87° 52.911′ W. Marker is in Martinsville, Illinois, in Clark County. Memorial is on West Cumberland Street west of Mill Street, on the right when traveling west. Memorial is located at Veterans Memorial Park. Touch for map. Marker is at or near this postal address: 19 W Cumberland St, Martinsville IL 62442, United States of America. Touch for directions. 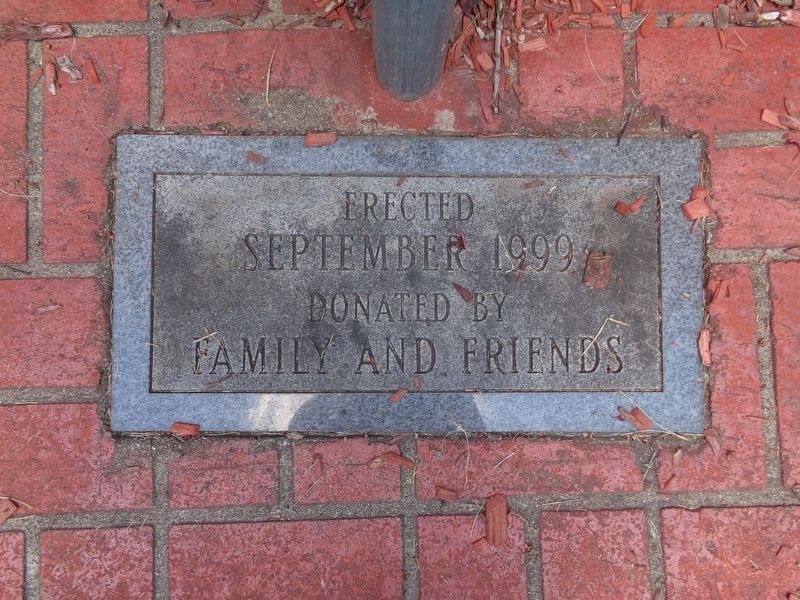 More about this memorial. There is also a Veterans Memorial Walkway that accompanies the memorial featuring bricks with veterans' names on them. 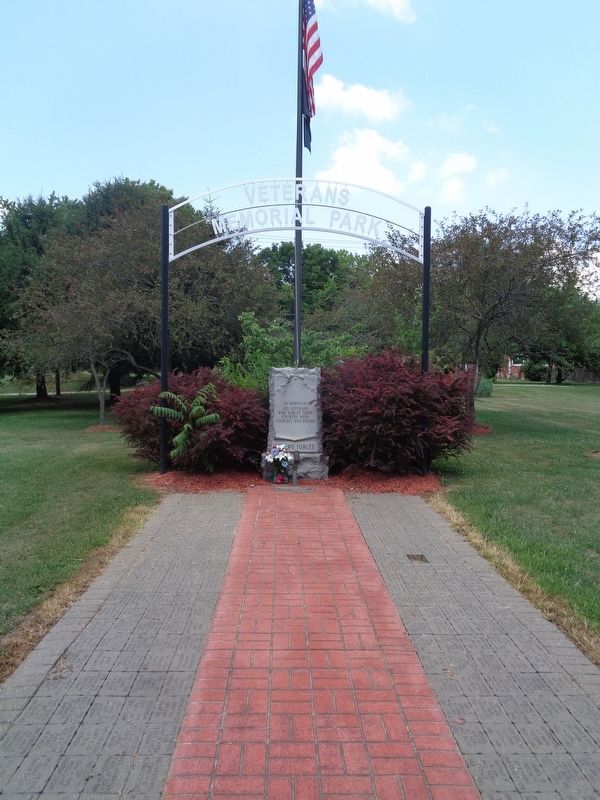