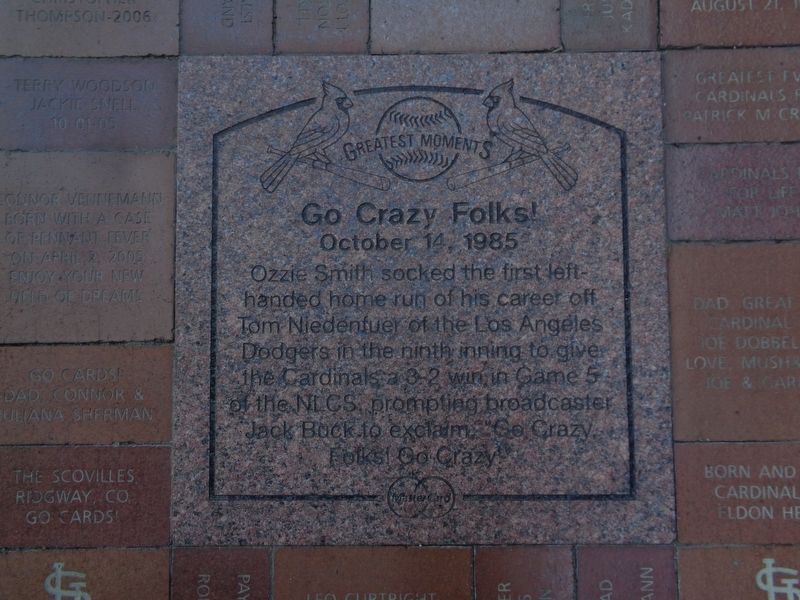 Ozzie Smith socked the first left handed home run of his career off Tom Niedenfuer of the Los Angeles Dodgers in the ninth inning to give the Cardinals a 3-2 win in Game 5 of the NLCS, prompting broadcaster Jack Buck to exclaim, "Go Crazy, Folks! Go Crazy!"

Topics and series. This historical marker is listed in these topic lists: African Americans • Sports. In addition, it is included in the Missouri, St. Louis Cardinals Greatest Moments series list. A significant historical date for this entry is October 14, 1985.