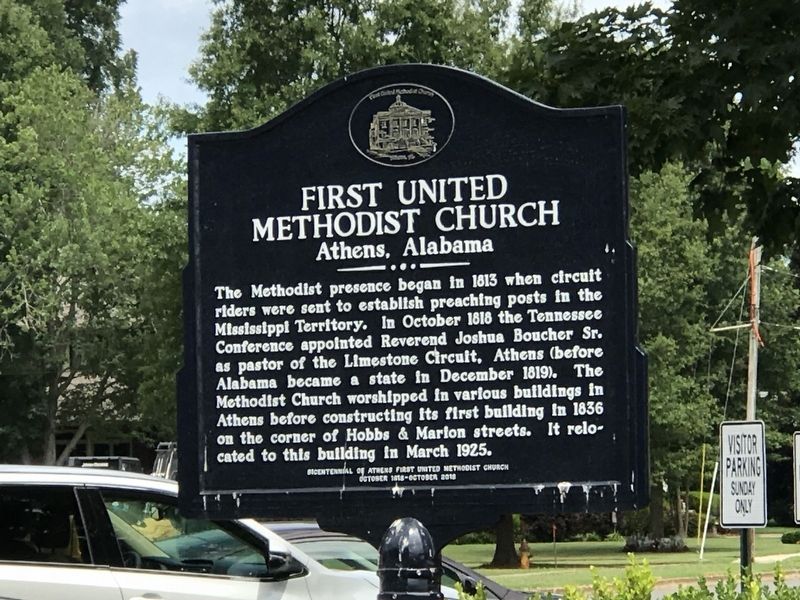 The Methodist presence began in 1813 when circuit riders were sent to establish preaching posts in the Mississippi Territory. In October 1818 the Tennessee Conference appointed Reverend Joshua Boucher Sr. as pastor of the Limestone Circuit, Athens (before Alabama became a state in December 1819). The Methodist Church worshipped in various buildings in Athens before constructing its first building in 1836 on the corner of Hobbs & Marion streets. It relocated to this building in March 1925.

Topics. This historical marker is listed in this topic list: Churches & Religion. A significant historical month for this entry is October 1818. 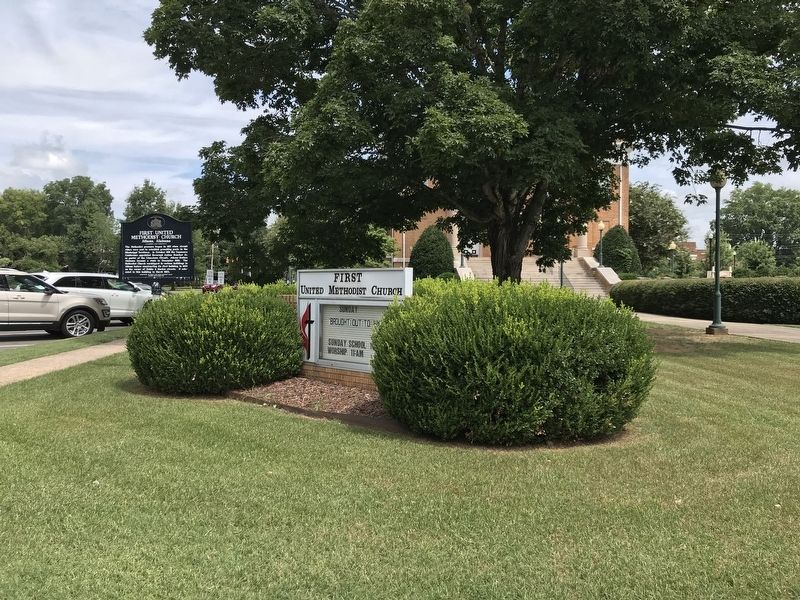 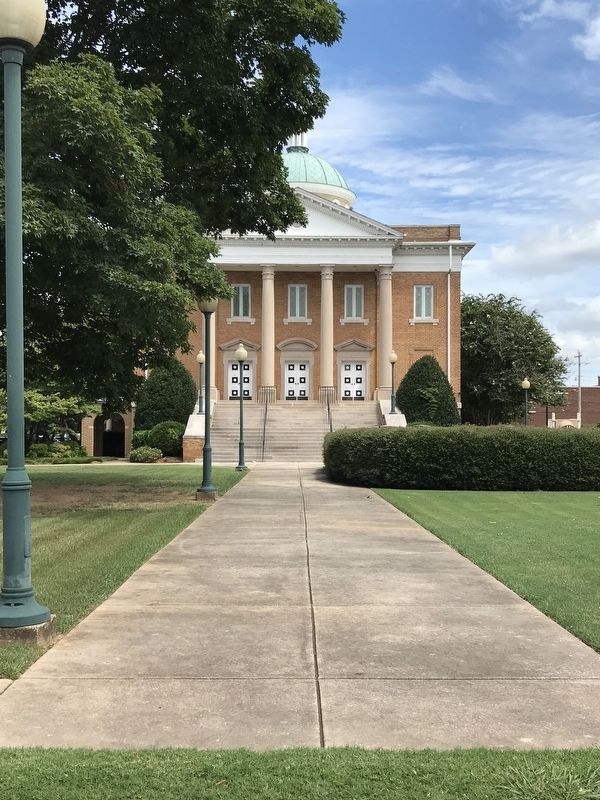