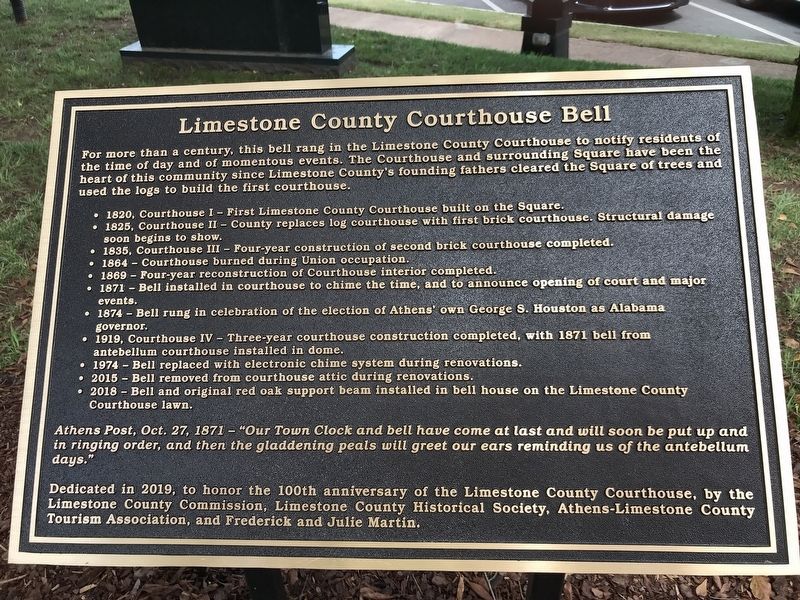 For more than a century, this bell rang in the Limestone County Courthouse to notify residents of the time of day and of momentous events. The Courthouse and surrounding Square have been the heart of this community since Limestone County's founding fathers cleared the Square of trees and used the logs to build the first courthouse. 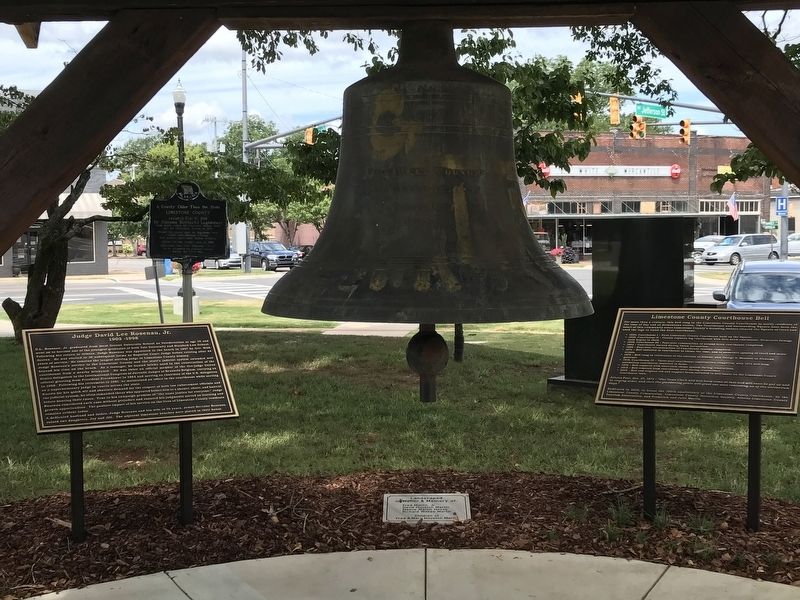 Photographed By Duane and Tracy Marsteller, August 2, 2020
2. Limestone County Courthouse Bell Marker
This marker is on the right.

Athens Post, Oct. 27, 1871 — "Our Town Clock and Bell have come at last and will soon be put up and in ringing order, and then the gladdening peals will greet our ears reminding us of the antebellum days."

Topics and series. This historical marker is listed in this topic list: Government & Politics. In addition, it is included in the Historic Bells series list. A significant historical year for this entry is 1820.