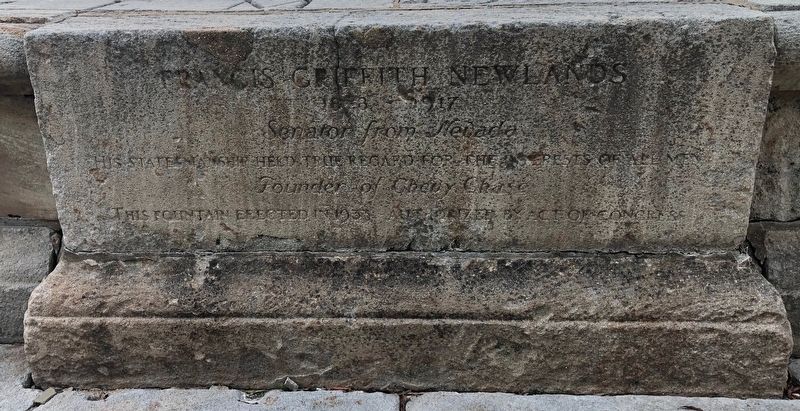 August 5, 2020
1. Francis Griffith Newlands Marker
Inscription.
Francis Griffith Newlands.
Senator from Nevada His statesmanship held true regard for the interests of all men Founder of Chevy Chase This fountain erected in 1933 authorized by Act of Congress. . This historical marker was erected in 1933 by U.S. Congress. It is in Chevy Chase in Washington District of Columbia

Topics. This historical marker is listed in these topic lists: Government & Politics • Settlements & Settlers. A significant historical year for this entry is 1933. 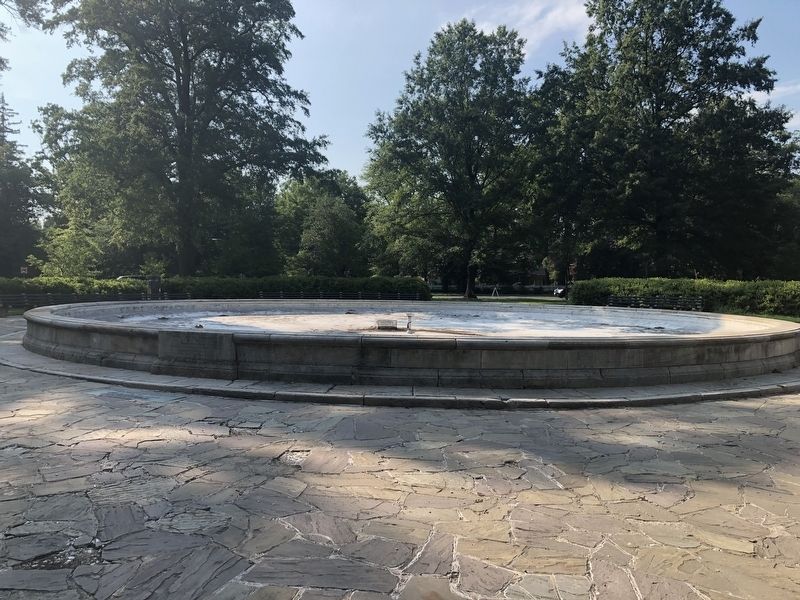 More about this marker. While the Maryland-DC border passes through the fountain, the dedication is on the DC side of the border.

Also see . . .
1. House bill would remove white supremacist’s name from Chevy Chase fountain. Article from August 4, 2020 about the efforts to rename the fountain and remove the plaques from the fountain. (Submitted on August 5, 2020.)

2. Coming Together To Build A More Inclusive Community. (Submitted on August 5, 2020.)

Additional commentary.
1. Chevy Chase
Chevy Chase is a neighborhood in DC as well as multiple municipalities and Census Designated Places in Montgomery County, Maryland, most with Chevy Chase as part or all of their names. 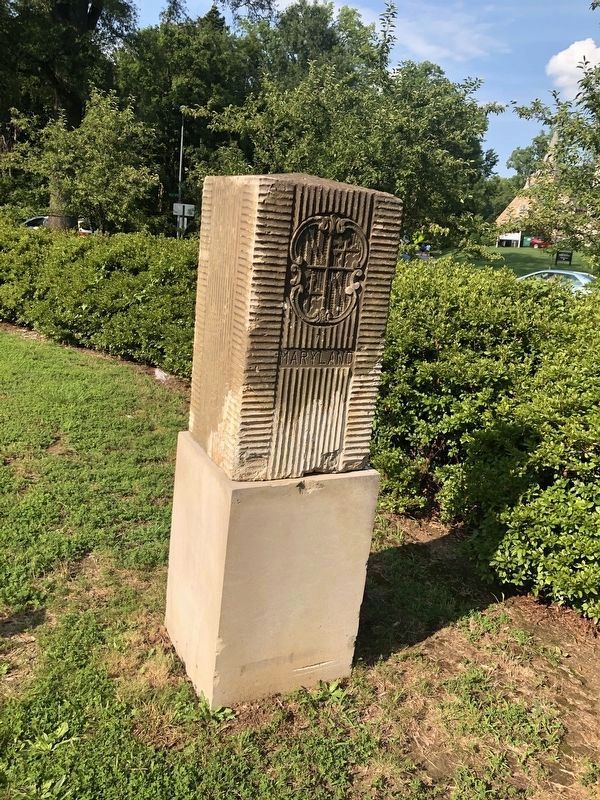 August 5, 2020
3. Maryland-DC border marker on the grounds of Chevy Chase Circle
Side with emblem for Maryland
the Fountain
This fountain is named for Senator Newlands, a self-avowed white supremacist, and there are ongoing efforts to rename the fountain. In fact the Chevy Chase Land Company of Montgomery County, Maryland has gone on record supporting renaming the fountain.
— Submitted August 5, 2020. 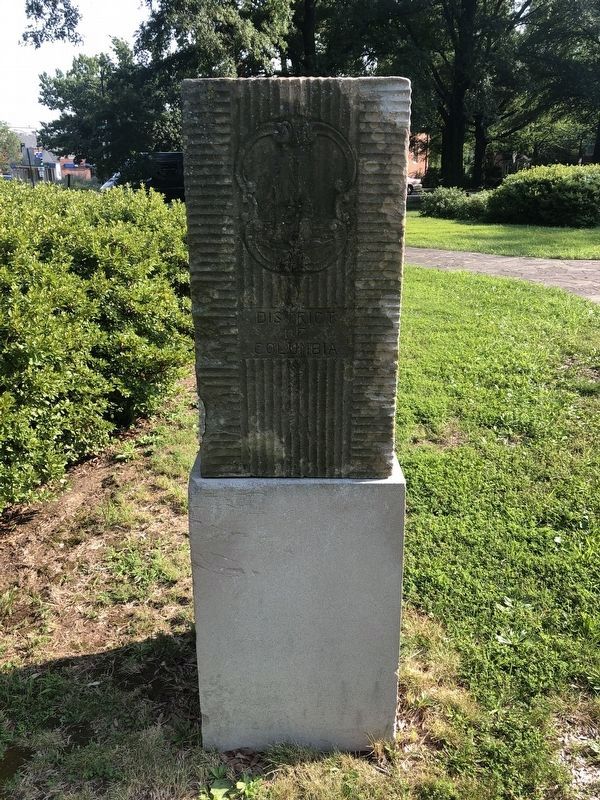