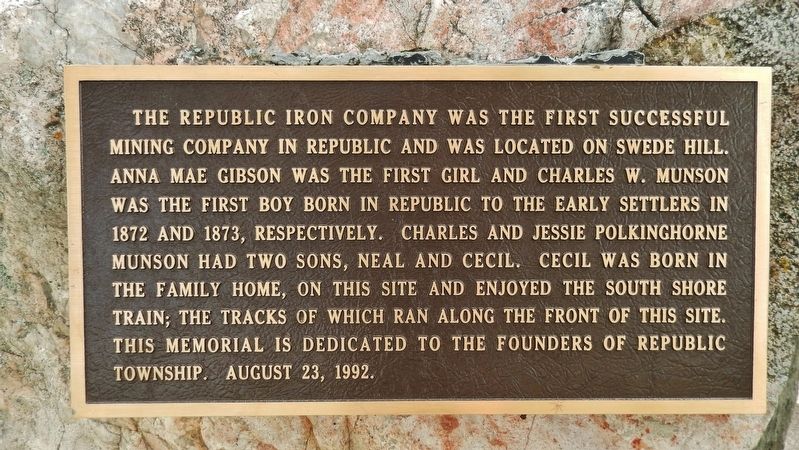 The Republic Iron Company was the first successful mining company in Republic and was located on Swede Hill. Anna Mae Gibson was the first girl and Charles W. Munson was the first boy born in Republic to the early settlers in 1872 and 1873, respectively. Charles and Jessie Polkinghorne Munson had two sons, Neal and Cecil. Cecil was born in the family home, on this site and enjoyed the South Shore Train; the tracks of which ran along the front of this site. This memorial is dedicated to the founders of Republic Township. August 23, 1992.

Topics. This historical marker is listed in these topic lists: Industry & Commerce • Railroads & Streetcars • Settlements & Settlers. A significant historical year for this entry is 1872.

Location. 46° 24.359′ N, 87° 58.873′ W. Marker is in Republic, Michigan, in Marquette County. Marker can be reached from the intersection of Park City Road and Republic Avenue, on the right when traveling south. Marker is located in front of the pavilion in Munson Park. Touch for map. Marker is in this post office area: Republic MI 49879, United States of America. Touch for directions. 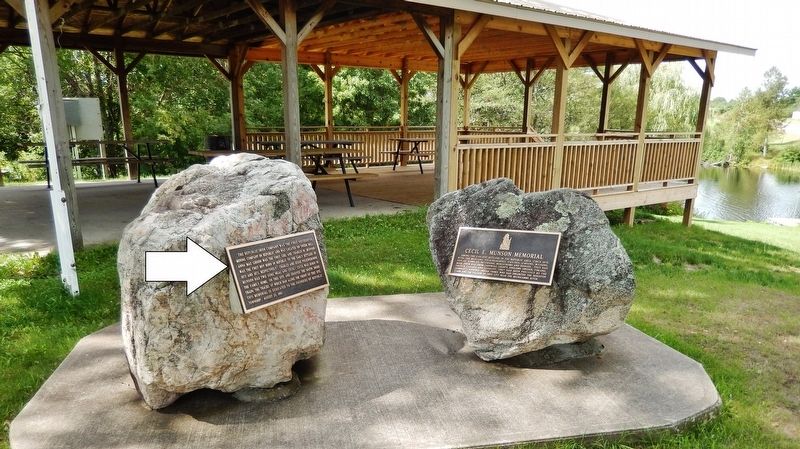 Also see . . .
1. Republic Michigan in the Upper Peninsula and the Republic Mine. Exploring the North website entry (Submitted on January 2, 2022, by Larry Gertner of New York, New York.)