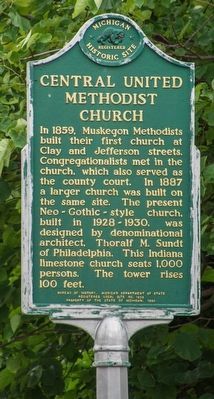 Reverse , The first Protestant society in Muskegon began as a mission station served by itinerant preachers. In 1843 the Reverend M. Warring held Muskegon's first service in Martha Ryerson's boardinghouse. Deacon Abner Bennett, a black lay preacher, and his wife, Mary, a former servant of President James K. Polk, formed the White Lake Sunday School. Bennett frequently preached in Muskegon. This church was formally organized on November 20, 1856. . This historical marker was erected in 1980 by Bureau of History, Michigan Department of State. It is in Muskegon in Muskegon County Michigan

In 1859, Muskegon Methodists built their first church at Clay and Jefferson streets. Congregationalists met in the church, which also served as the county court. In 1887 a larger church was built on the same site. The present Neo-Gothic-style church, built in 1928-1930, was designed by denominational architect, Thoralf M. Sundt of Philadelphia. This Indiana limestone church seats 1,000 persons. The tower rises 100 feet.

Topics and series. This historical marker is listed in these topic lists: Architecture 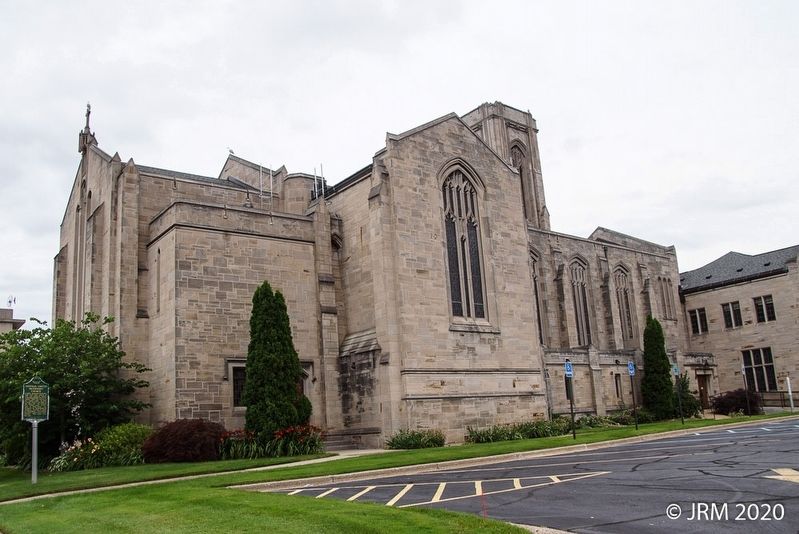 Click or scan to see
this page online
• Churches & Religion. In addition, it is included in the Michigan Historical Commission series list. A significant historical year for this entry is 1859.

More about this marker. The actual address of the church is 1011 Second Street but the marker is mounted near the entrance to the parking lot on West Webster Street. It is an enormous church that fills the entire block of 2nd Street between Webster Street and Muskegon Avenue. 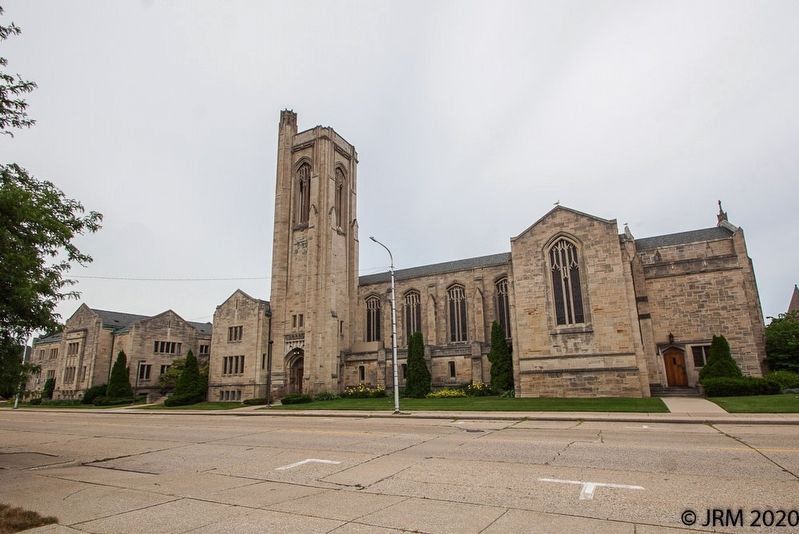