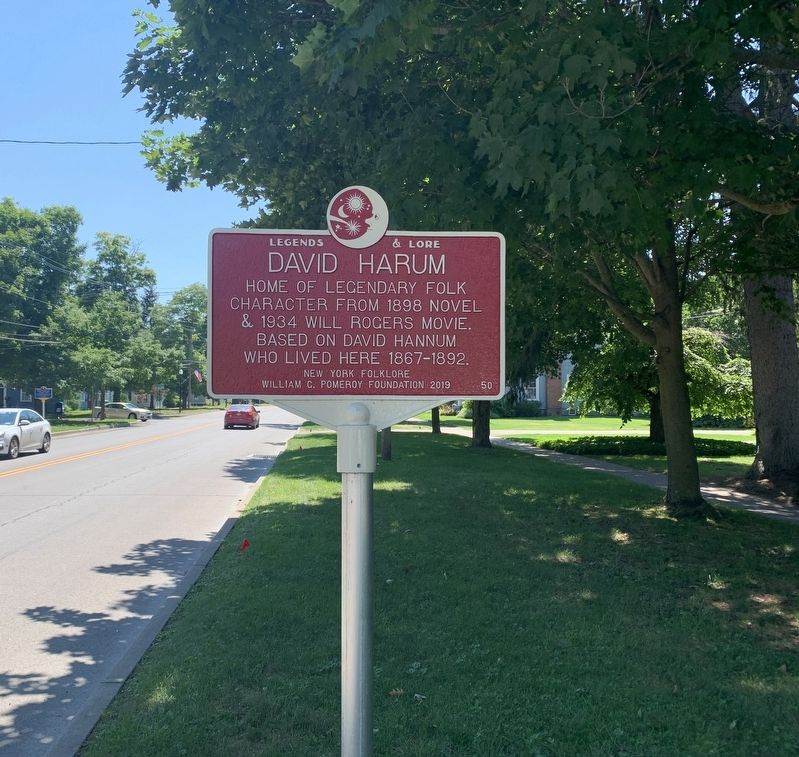 Photographed By Steve Stoessel, August 9, 2020
1. David Harum Marker
Inscription.
David Harum. . Home of legendary folk character from 1898 novel and 1934 Will Rogers movie. Based on David Hannum who lived here 1867-1892. . This historical marker was erected in 2019 by New York Folklore, William G. Pomeroy Foundation. It is in Homer in Cortland County New York

Topics and series. This historical marker is listed in this topic list: Arts, Letters, Music. In addition, it is included in the William G. Pomeroy Foundation Legends & Lore Series series list. A significant historical year for this entry is 1898. 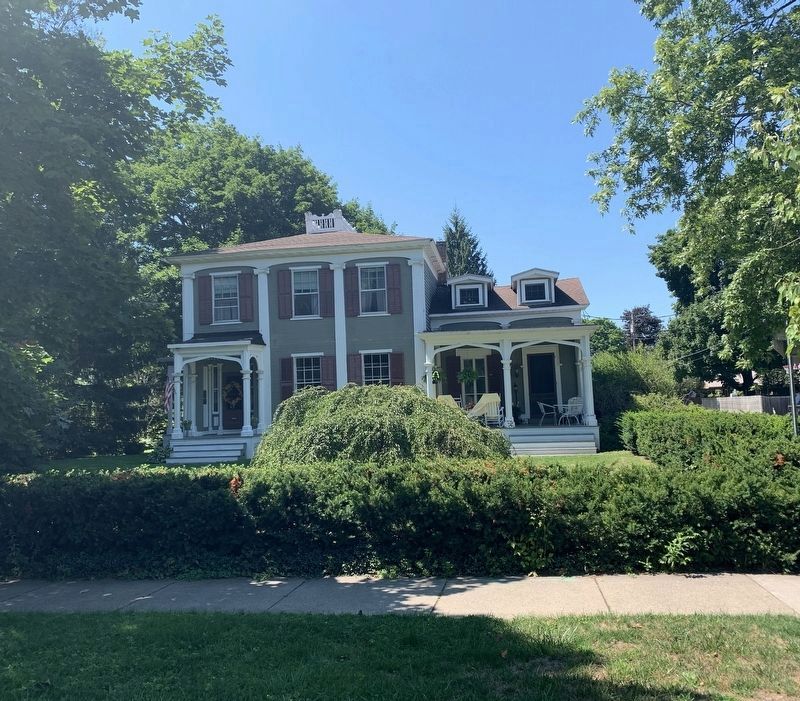 Regarding David Harum. David Harum was the title character in a book written by Edward Westcott in 1898. Harum was a morally permissive small-town banker and horse-trader that defied the traditional image of a small town banker of the period. He also created an image of horse traders similar to our notion of a used car salesman. A common quote from the book is Harum’s Golden Rule, “Do unto the other feller the way he'd like to do unto you, an' do it fust.”