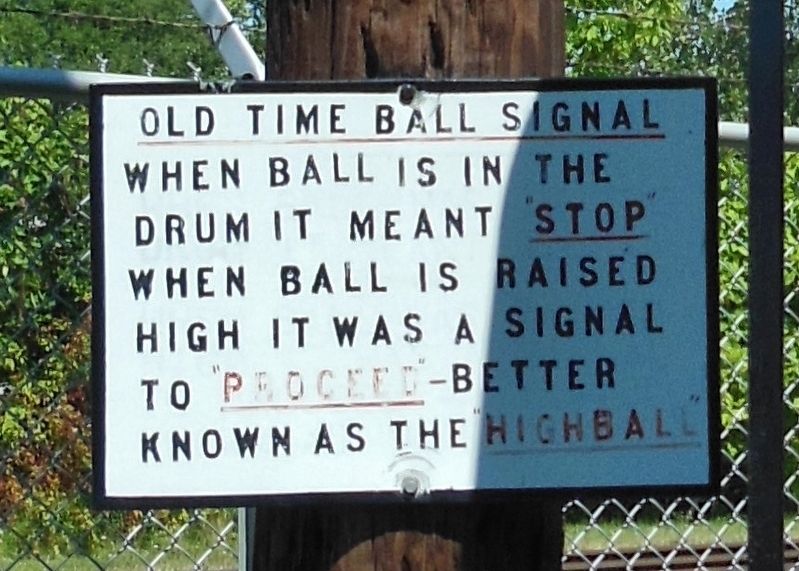 When ball is in the drum it meant “Stop”. When ball is raised high it was a signal to “Proceed” — better known as the “Highball”.

Location. 41° 56.993′ N, 80° 33.491′ W. Marker is in Conneaut, Ohio, in Ashtabula County. Marker can be reached from the intersection of Depot Street and Sandusky Street, on the left when traveling east. Marker and subject "Highball" signal are located on the Conneaut Historical Railroad Museum grounds, (former Lake Shore and Michigan Southern Passenger Depot), just east of the depot, beside the active railroad tracks. Touch for map. Marker is at or near this postal address: 363 Depot Street, Conneaut OH 44030, United States of America. Touch for directions. 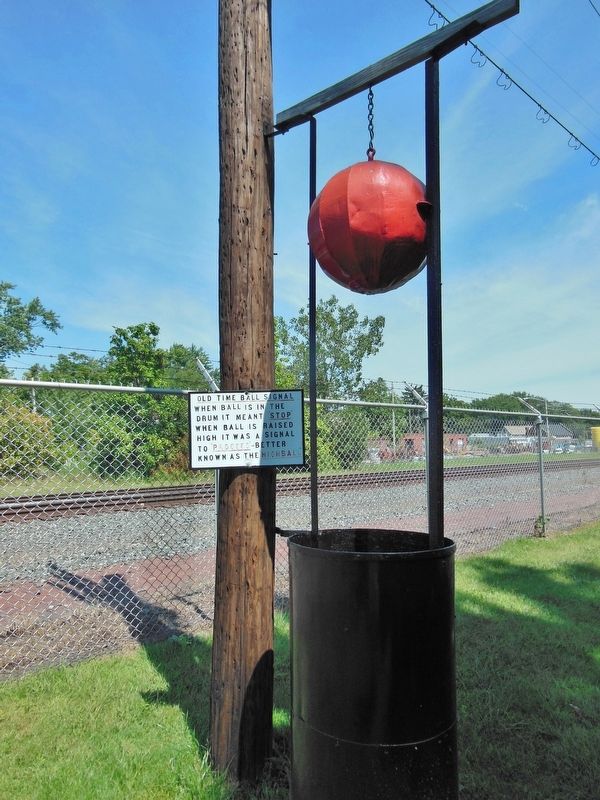 Related markers. Click here for a list of markers that are related to this marker. Conneaut Historical Railroad Museum

Also see . . .
1. Rail Road Ball Signal. Later versions consisted of a tall pole with pulleys at the top and bottom, over which was strung a continuous chain. Ball signals were often at locations requiring more than one indication, so several wire loops would be installed in the chain to accommodate additional balls. At night, the balls would be removed and be replaced by lanterns. (Submitted on August 11, 2020, by Cosmos Mariner of Cape Canaveral, Florida.)