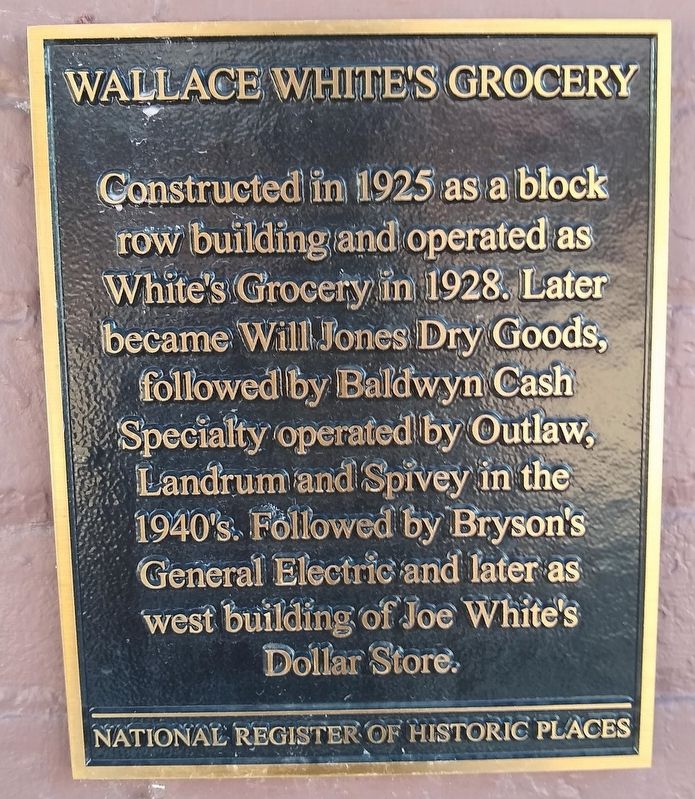 Constructed in 1925 as a block row building and operated as White’s Grocery in 1928. Later became Will Jones Dry Goods, followed by Baldwyn Cash Specialty operated by Outlaw, Landrum and Spivey in the 1940’s. Followed by Bryson’s General Electric and later as west building of Joe White’s Dollar Store.

Topics. This historical marker is listed in this topic list: Notable Buildings. A significant historical year for this entry is 1925. 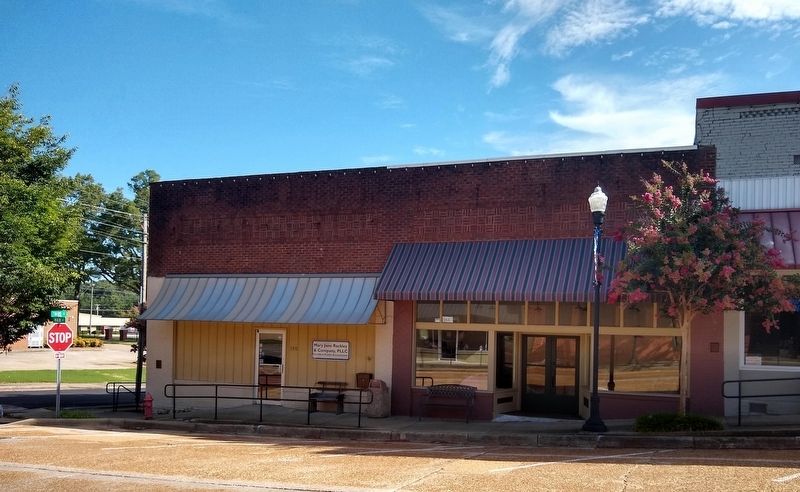