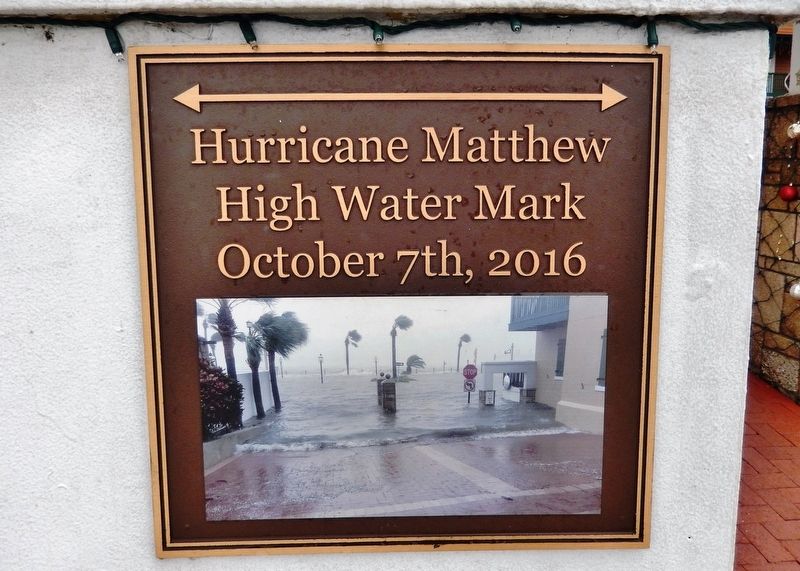 Topics. This historical marker is listed in this topic list: Disasters. A significant historical date for this entry is October 7, 2016.

Location. 29° 53.662′ N, 81° 18.674′ W. Marker is in St. Augustine, Florida, in St. Johns County. Marker is on Avenida Menendez (Florida Route A1A) south of Hypolita Street, on the right when traveling south. Marker is mounted on the wall beside the sidewalk. Touch for map. Marker is at or near this postal address: 32 Avenida Menendez, Saint Augustine FL 32084, United States of America. Touch for directions. 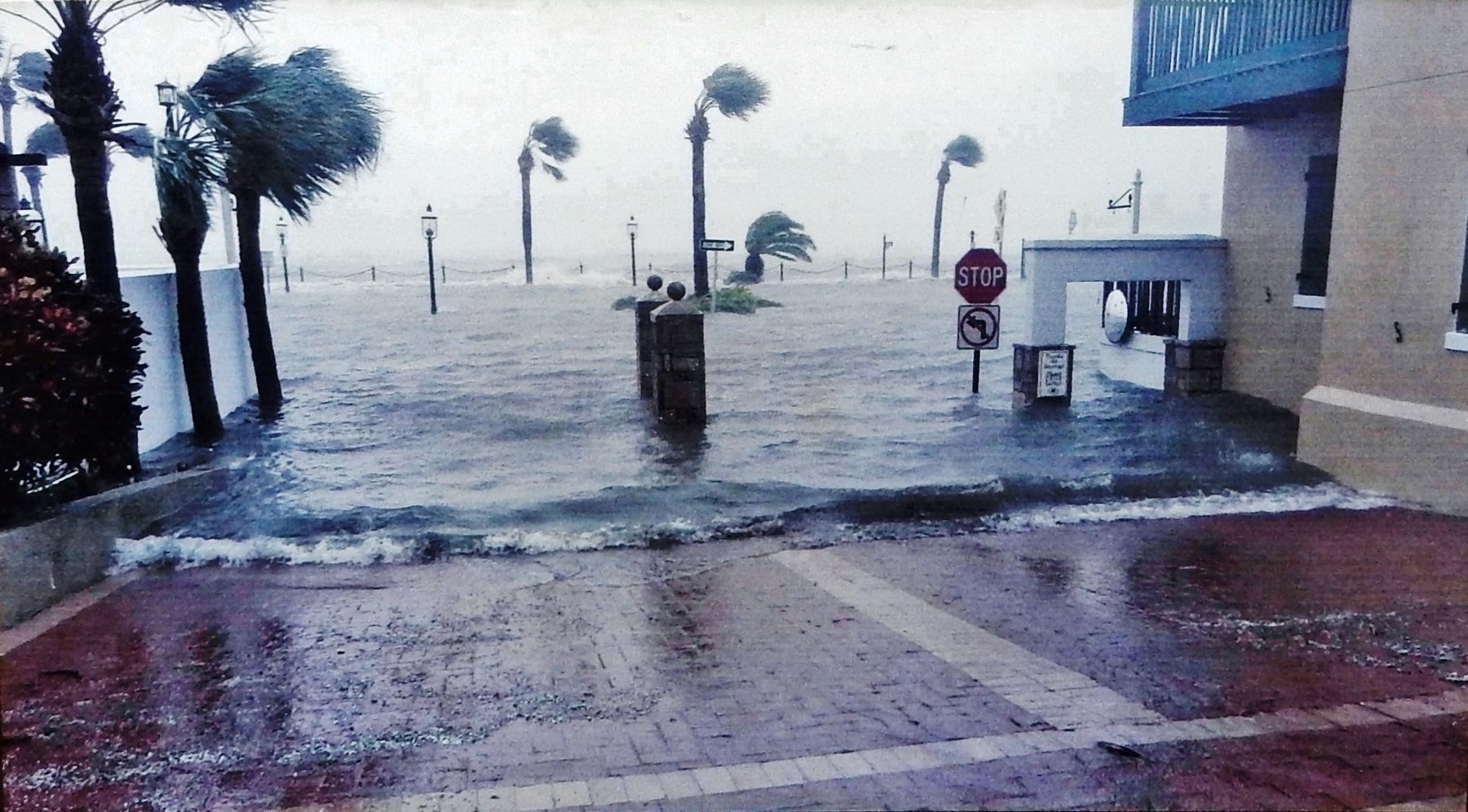 Click or scan to see
this page online
. Water flooded all seven of the city's federally designated historic districts during the October storm, and about half of the 2,000 properties in those areas were damaged, according to experts at the University of Florida. Despite a $6.7 million seawall project that was completed in 2014, homes and businesses along the city's waterfront were overwhelmed. (Submitted on August 22, 2020, by Cosmos Mariner of Cape Canaveral, Florida.)

2. Major Hurricane Matthew. Hurricane Matthew, the fourteenth named tropical cyclone of the 2016 season, moved along the coast of northeast Florida and southeast Georgia during the day and night of October 7th and 8th, 2016. (Submitted on August 22, 2020, by Cosmos Mariner of Cape Canaveral, Florida.) 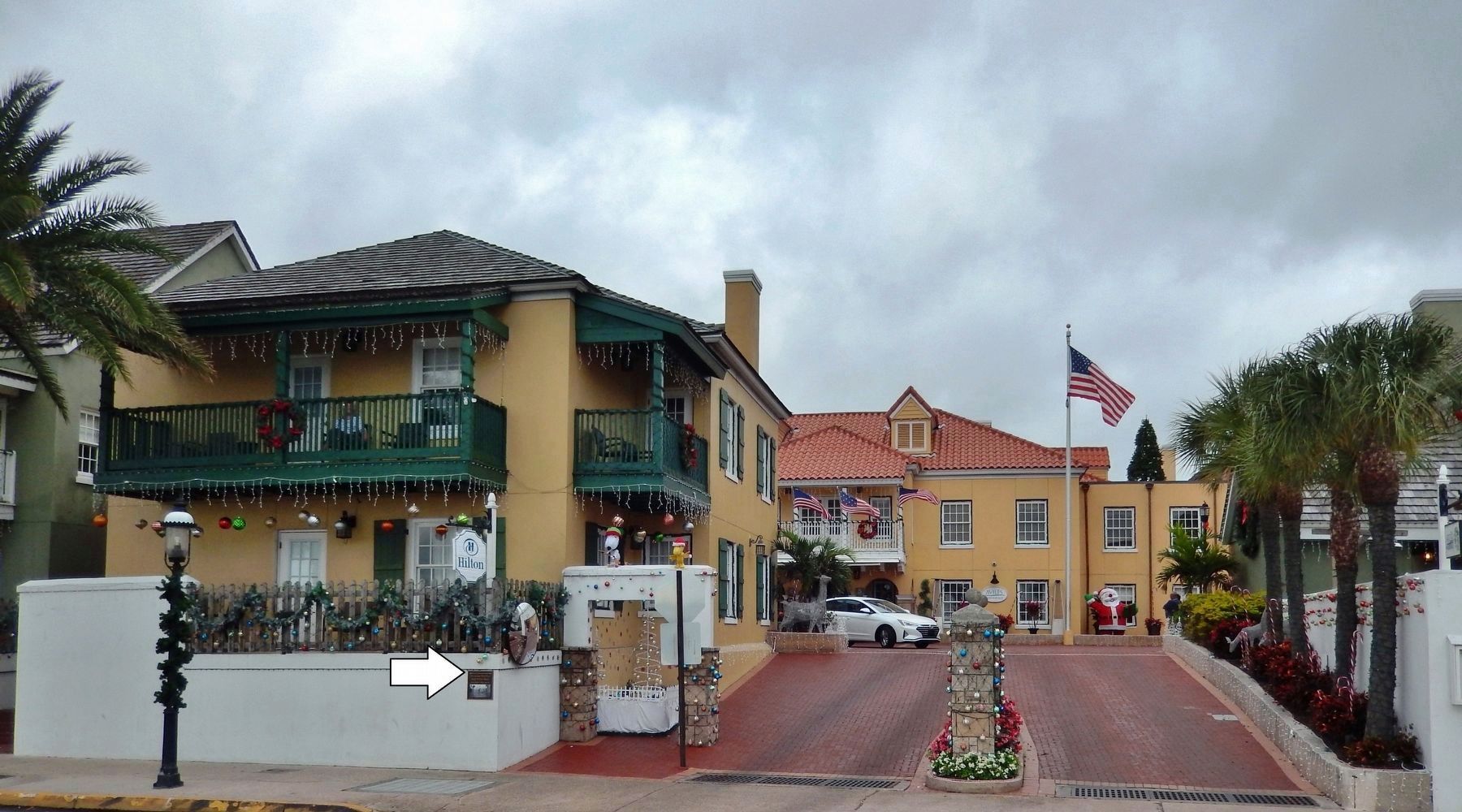