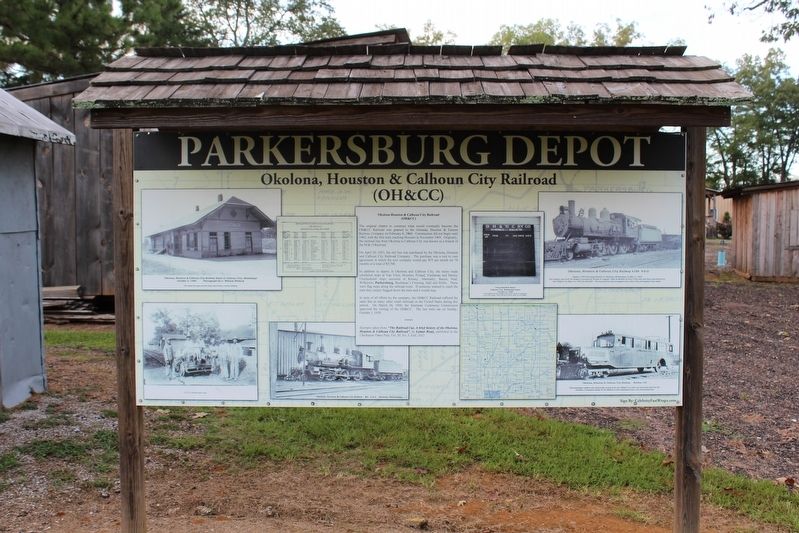 The original charter to construct what would eventually become the OH& CC Railroad was granted to the Grenada, Houston & Eastern Railway Company on February 6, 1860. Construction did not begin until 1902, with the first train reaching Houston in November 1903. Originally,the railroad line from Okolona to Calhoun City was known as a branch of the M&O Railroad.

On April 20, 1933, the rail line was purchased by the Okolona, Houston & Calhoun City Railroad Company. The purchase was a rent to own agreement in which the new company would pay $75 per month for 76 months or a total of $5,700.

In addition to depots in Okolona and Calhoun City, the trains made scheduled stops at Van Vleet, Houston, Pyland, Vardaman and Derma. Unscheduled stops occurred at Kinney, Abernathy. Bacon, Neal, Wilkerson, Parkersburg, Buchanan's Crossing, Hall and Hollis. These were flag stops along the railroad route. If someone wanted to catch the train they simply flagged down the train and it would stop.

In spite of all efforts by the company, the OH&CC Railroad suffered the same fate as many other small railroads in the United States 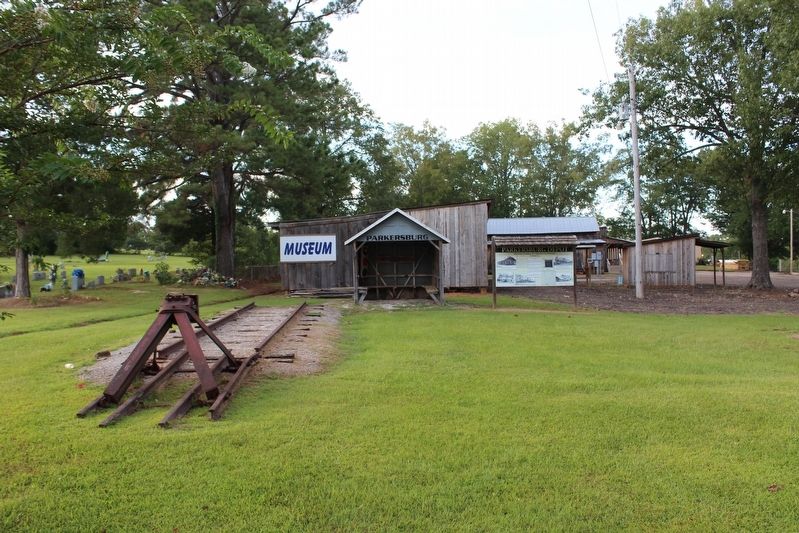 Click or scan to see
this page online
during this period. On March 24, 1939, the Interstate Commerce Commission approved the closing of the OH&CC. the last train ran on Sunday, October 1, 1939.

Excerpts taken from, "The Railroad Cut, A brief history of the Okolona & Calhoun City Railroad", by Lamar Beaty, published in the Chickasaw Times Past, Vol. 30, No. 3, Fall 2012.

Train Schedule Board Calhoun City, Mississippi depot October 3, 1940. The chalked in train numbers and arrival times are long gone as are the tracks. There will be no more trails on the OH&CC.

Okolona, Houston & Calhoun City Railroad Railbus 139. This passenger railbus was reportedly acquired by the OH&CC in 1934 and had been built by the Jackson, Tennessee shops of the Mobile & Ohio Railroad from a old Greyhound bus.

Topics. This historical marker is listed in this topic list: Railroads & Streetcars. A significant historical date for this entry is February 6, 1860.