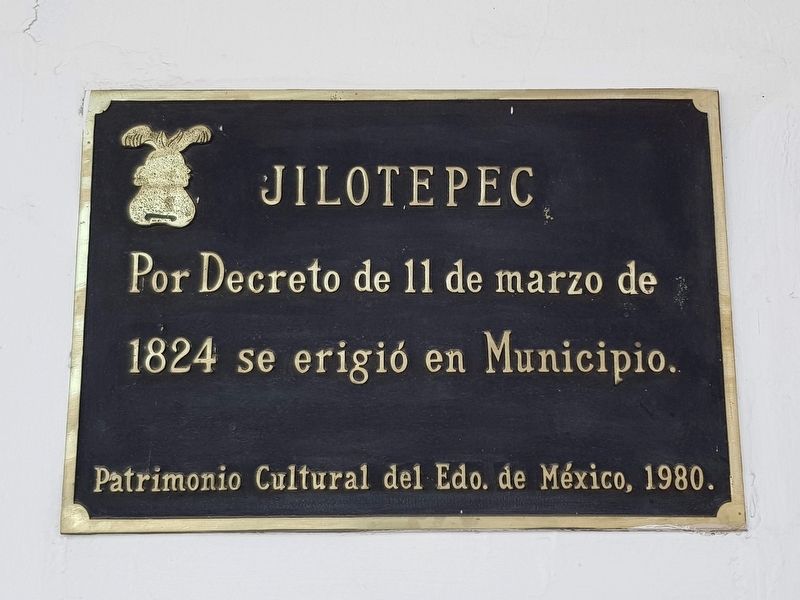 Photographed By J. Makali Bruton, August 23, 2020
1. Municipality of Jilotepec Marker
Inscription.
English translation: , Jilotepec , By the Decree of March 11, 1824 Jilotepec was elevated to the status of municipality. , Cultural Heritage of the State of Mexico, 1980. . This historical marker was erected in 1980. It is in Jilotepec de Enríquez in Jilotepec de Abasolo Estado de Mexico Mexico