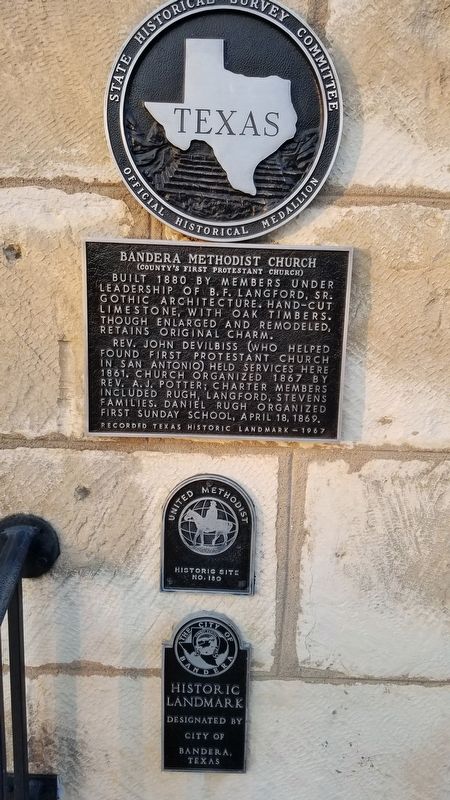 Topics. This historical marker is listed in this topic list: Churches & Religion. A significant historical date for this entry is April 18, 1869.

Location. 29° 43.501′ N, 99° 4.39′ W. Marker is in Bandera, Texas, in Bandera County. Marker is at the intersection of 11th Street and Hackberry Street, on the right when traveling north on 11th Street. Touch for map. Marker is in this post office area: Bandera TX 78003, United States of America. Touch for directions.

Other nearby markers. At least 8 other markers are within walking distance of this marker. Bandera, Texas USA (about 300 feet away, measured in a direct line); Great Western Cattle Trail (about 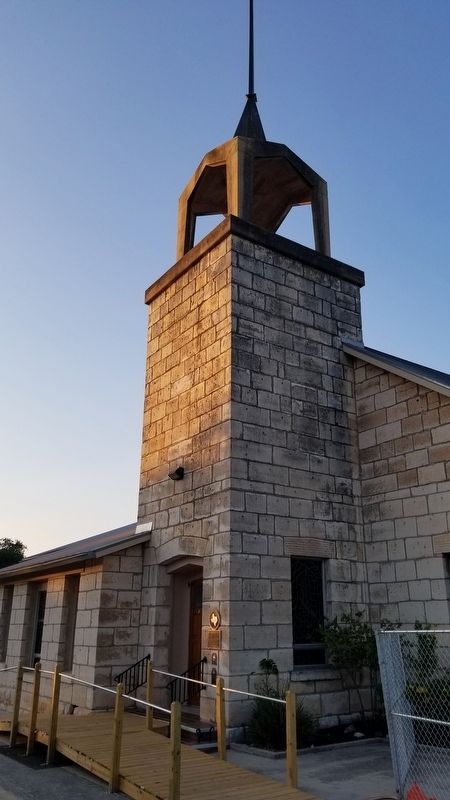