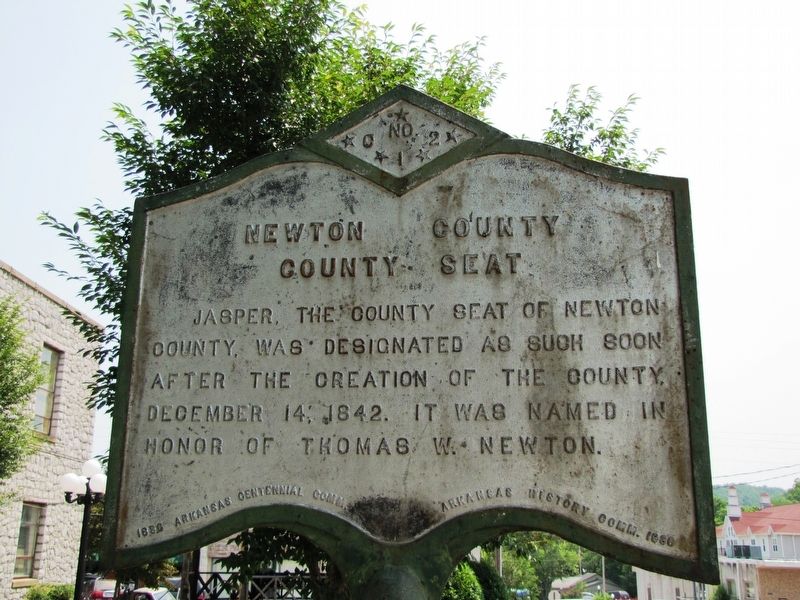 Photographed By Cosmos Mariner, June 10, 2011
1. Newton County Marker
Inscription.
Newton County. County Seat. Jasper, the county seat of Newton County, was designated as such soon after the creation of the county, December 14, 1842. It was named in honor of Thomas W. Newton. . This historical marker was erected in 1936 by Arkansas Centennial Commission 1836-1936, Arkansas History Commission. It is in Jasper in Newton County Arkansas

Jasper, the county seat of Newton County, was designated as such soon after the creation of the county, December 14, 1842. It was named in honor of Thomas W. Newton.

Topics and series. This historical marker is listed in these topic lists: Political Subdivisions • Settlements & Settlers. In addition, it is included in the Arkansas Centennial Commission, and the Works Progress Administration (WPA) projects series lists. A significant historical date for this entry is December 14, 1842.

Location. 36° 0.471′ N, 93° 11.216′ W. Marker is in Jasper, Arkansas, in Newton County. Marker is on Church Street just east of Stone Street (State Route 7), on the left when traveling east. Marker is located at the southwest corner of the Newton County Courthouse grounds. Touch for map. Marker is at or near this postal address: 100 East Court Street, Jasper AR 72641, United States of America. Touch for directions.

Other nearby markers. At least 4 other markers are within 11 miles of this marker, measured as the crow flies. Arkansas Marble in Washington’s Monument (approx. 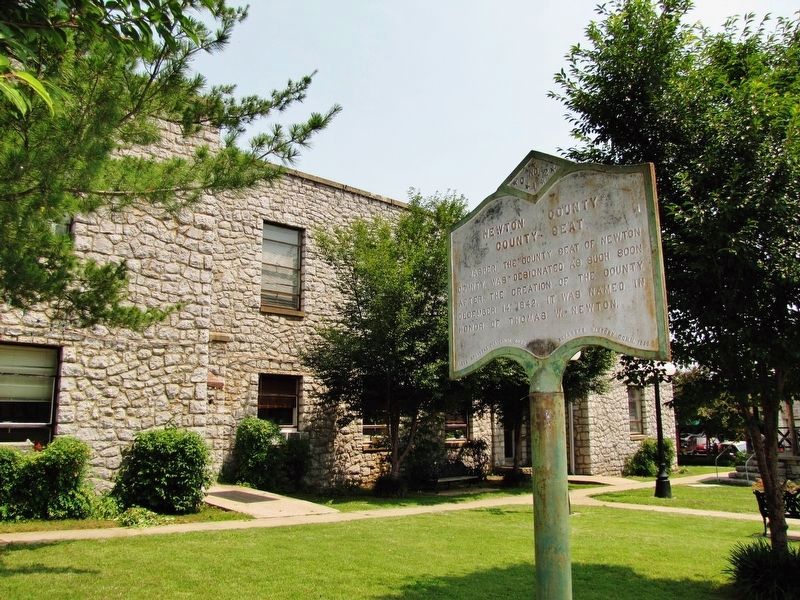 Regarding Newton County. Newton County Courthouse is listed on the National Register of Historic Places, #94001412.

2. Newton County Courthouse (Wikipedia). Two-story masonry structure, constructed out of concrete and limestone, with restrained Art Deco styling. The entrance is at the center, with "Newton County" inscribed in a panel above it, with stylized Art Deco elements. It was built in 1939 with funding from the Works Progress Administration. (Submitted on September 2, 2020, by Cosmos Mariner of Cape Canaveral, Florida.) 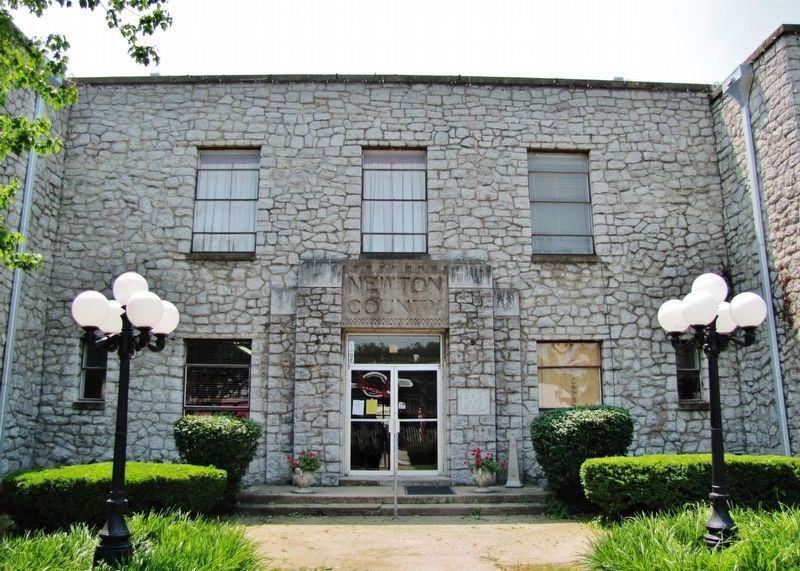 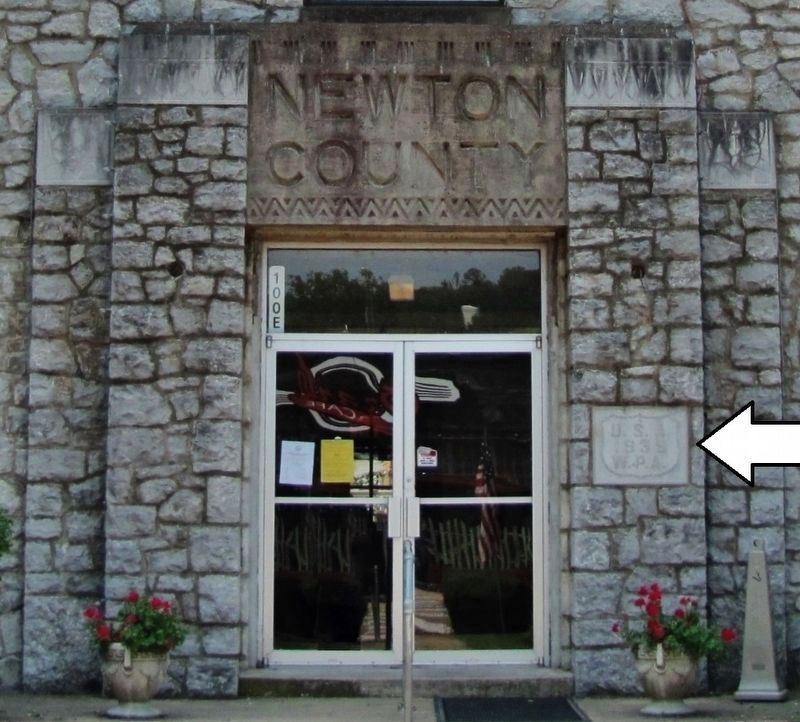 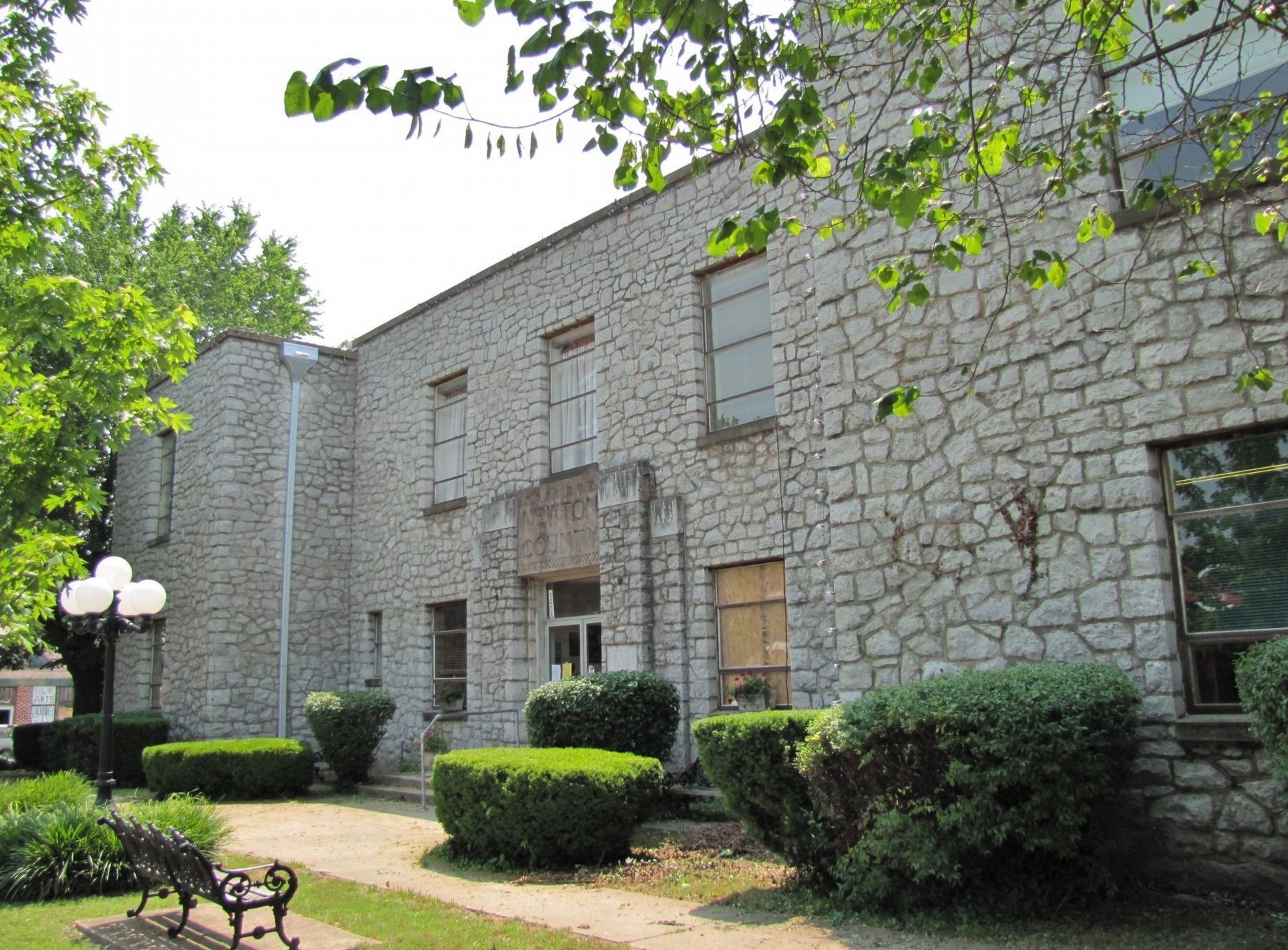