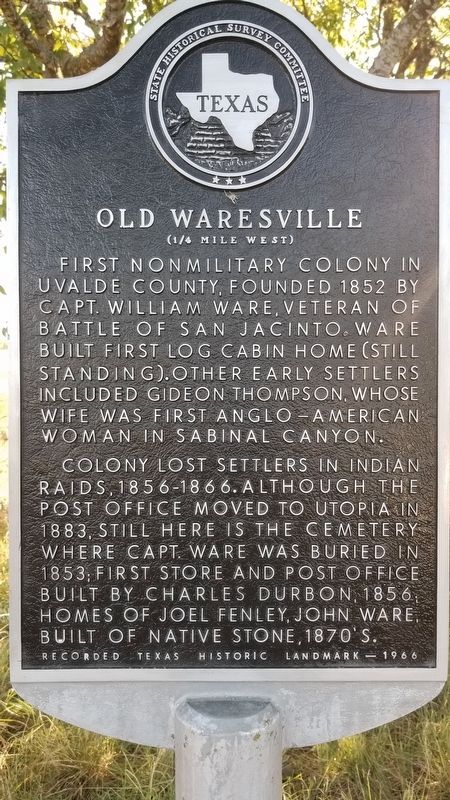 Colony lost settlers in Indian Raids, 1856-1866. Although the post office moved to Utopia in 1883, still here is the cemetery where Capt. Ware was buried in 1853; first store and post office built by Charles Durbon, 1856; homes of Joel Fenley, John Ware, built of native stone, 1870's.

Topics. This historical marker is listed in these topic lists: Settlements & Settlers • War, Texas Independence. A significant historical year for this entry is 1852.

Other nearby markers. At least 8 other markers are within 7 miles of 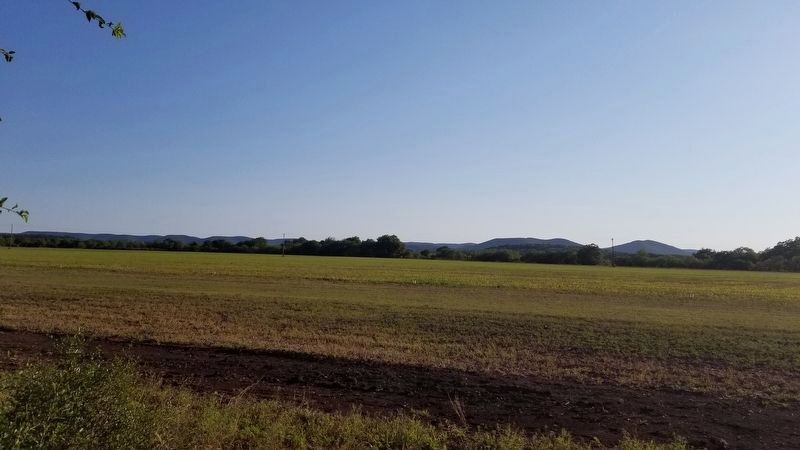 Photographed By James Hulse, August 5, 2020
2. The view behind the Old Waresville Marker