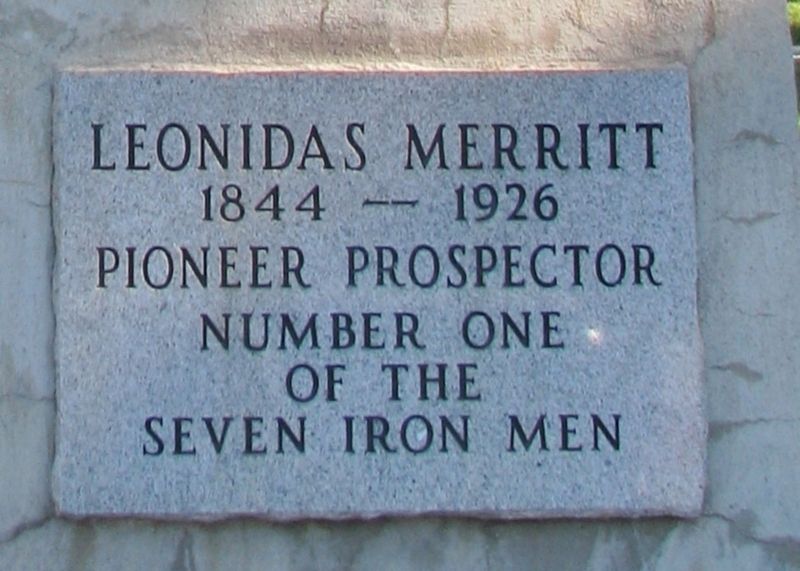 Pioneer Prospector
Number One
of the
Seven Iron Men

Topics. This historical marker is listed in these topic lists: Industry & Commerce • Settlements & Settlers. A significant historical year for this entry is 1844. 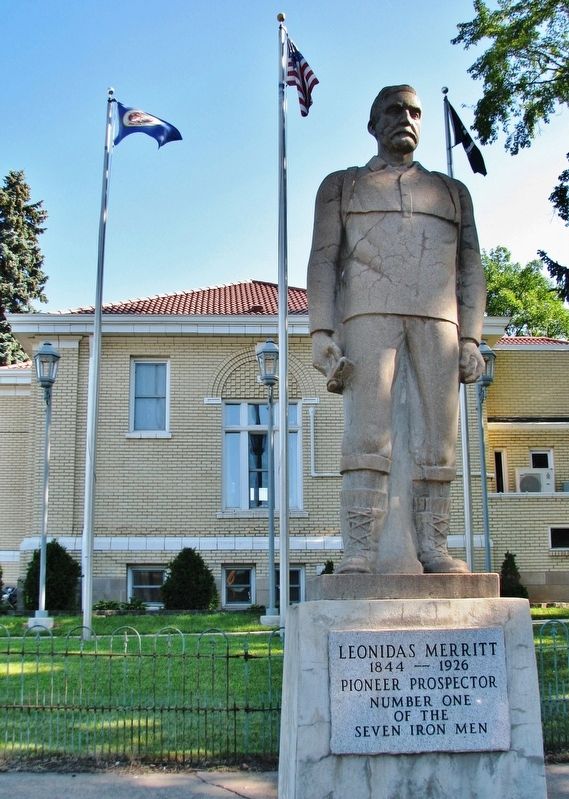 Click or scan to see
this page online
6.1 miles away); Paul Wellstone Memorial and Historic Site (approx. 11.8 miles away). Touch for a list and map of all markers in Mountain Iron.

Also see . . .
1. Merritt Brothers. Leonidas and Alfred Merritt began hunting in the 1880s for iron ore in the area known to Native Americans as the "Mesaba." They became the first to meet with success when they found rich, marketable ore on the west end of what would become the Mesabi Range. (Submitted on September 2, 2020, by Cosmos Mariner of Cape Canaveral, Florida.)

2. Seven Iron Men (Wikipedia). The Seven Iron Men, also known as Merritt Brothers (actually five brothers and two nephews), were iron-ore pioneers in the Mesabi Range in northeastern Minnesota and the creation of the city that is now known as Mountain Iron. In the late 1800s, the Merritt family founded the largest iron mine in the world and initiated the consolidation of the American railway system into what would ultimately become the United States Steel Corporation. (Submitted on September 2, 2020, by Cosmos Mariner of Cape Canaveral, Florida.)

3. Mountain Iron Mine (Wikipedia). By 1893 the "Seven Iron Brothers" had claims on a significant portion of the Mesabi Range and had built the Duluth, Missabe and Northern 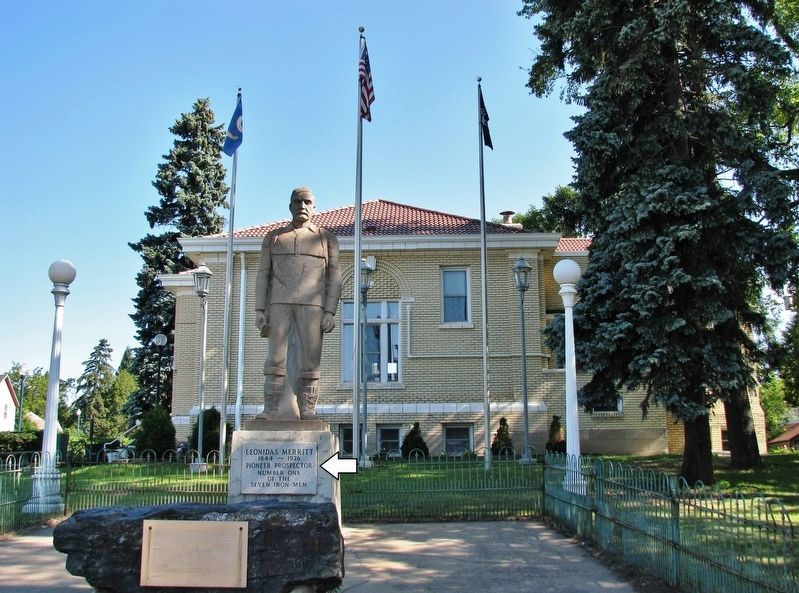