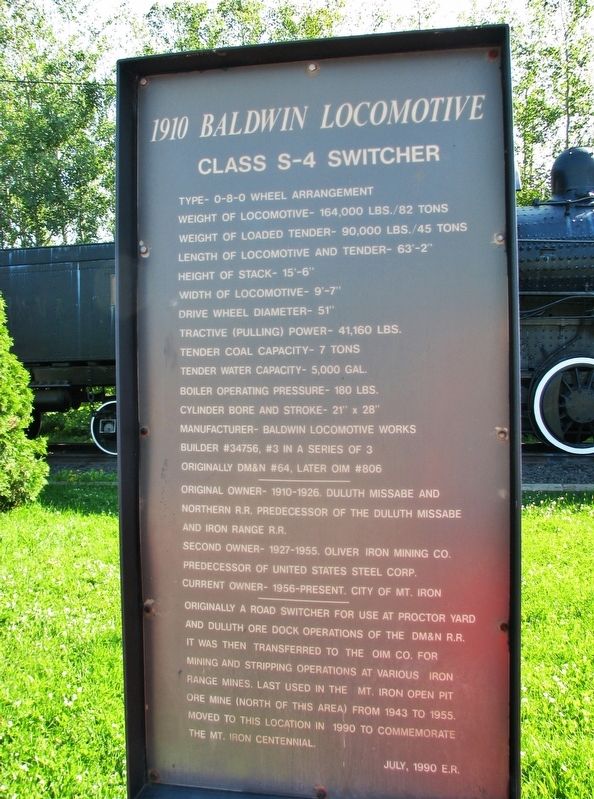 Originally a road switcher for use at Proctor Yard and Duluth ore dock operations of the DM&N R.R. It was then transferred to the O.I.M. Co. for mining and stripping operations at various Iron Range mines. Last used in the Mt. Iron Open Pit Ore Mine (north of this area) from 1943 to 1955. Moved to this location in 1990 to commemorate the Mt. Iron Centennial. 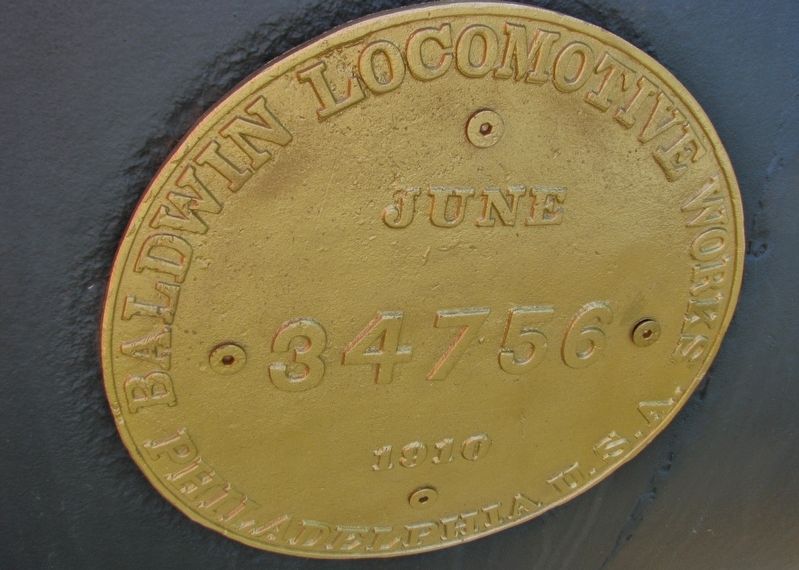 Topics. This historical marker is listed in these topic lists: Industry & Commerce • Railroads & Streetcars. A significant historical month for this entry is June 1910. 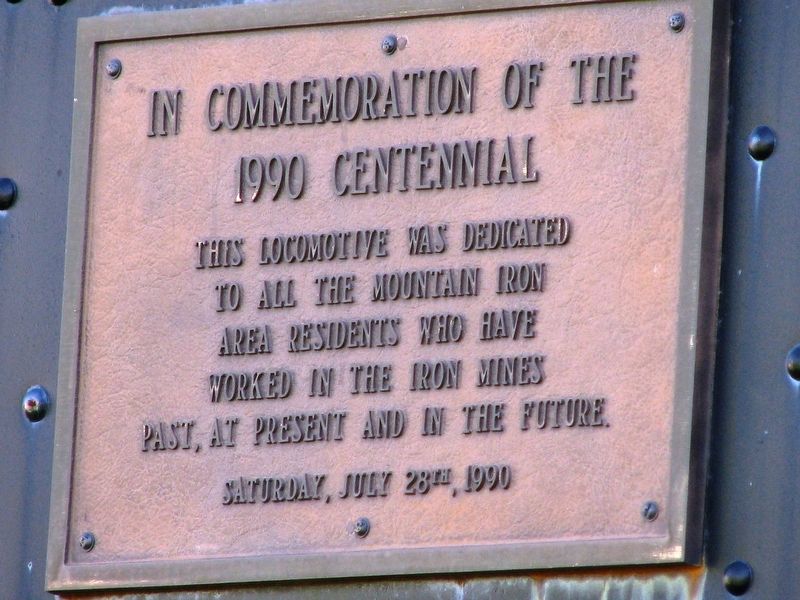 Photographed By Cosmos Mariner, June 29, 2010
3. 1990 Centennial Dedication Plaque
(mounted on tender)
In Commemoration of the
1990 Centennial
this locomotive was dedicated
to all the Mountain Iron
area residents who have
worked in the iron mines
past, at present and in the future
Saturday, July 28th, 1990
Oliver Iron Mining Company 806. Oliver Iron Mining Company 806 is an 0-8-0 steam locomotive built by Baldwin (#34756 of 1910) built for the Duluth, Missabe and Northern Railway (DM&N #64); sold to OIM in 1927. Now on display in Mountain Iron, Minnesota. (Submitted on September 3, 2020, by Cosmos Mariner of Cape Canaveral, Florida.) 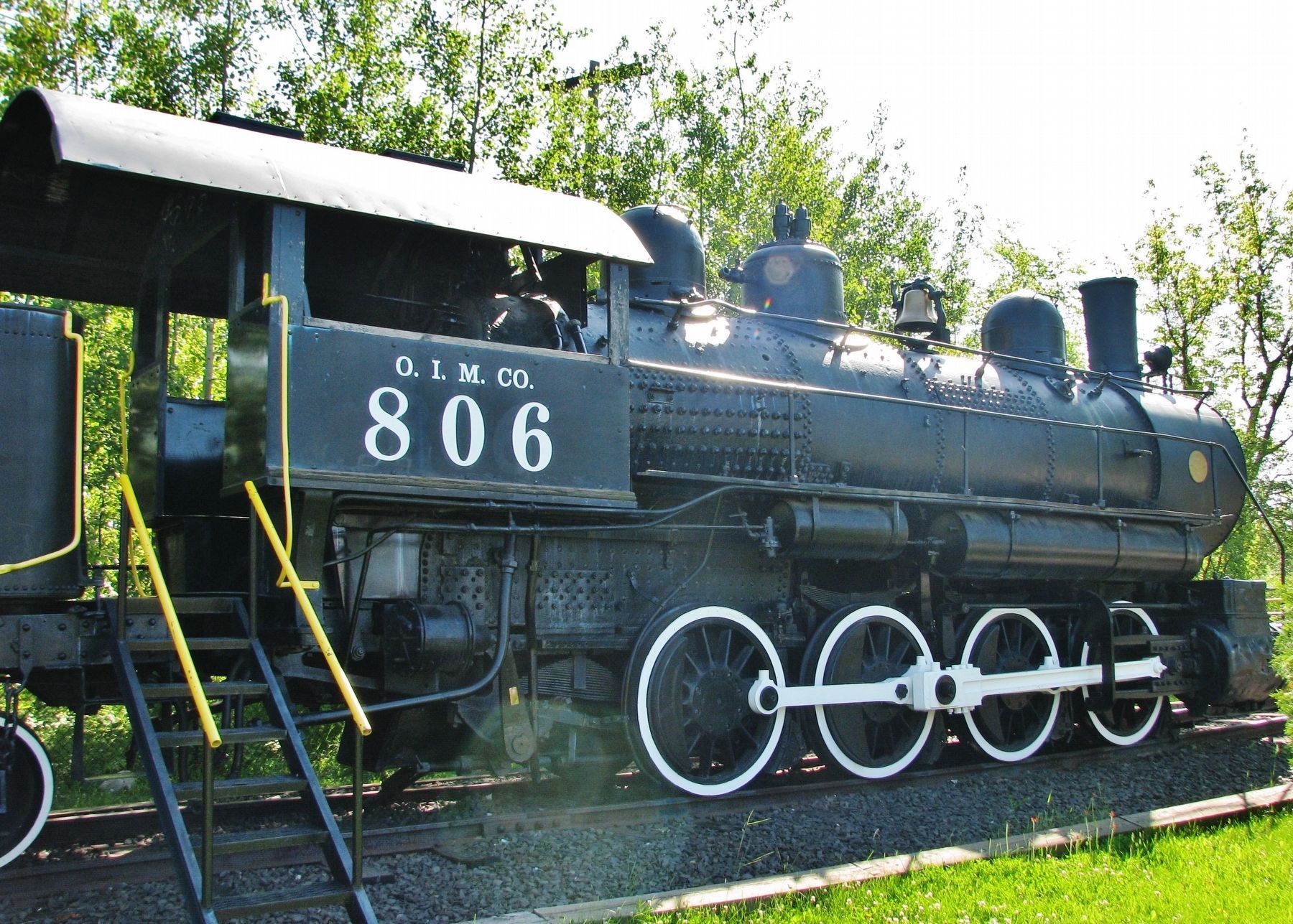 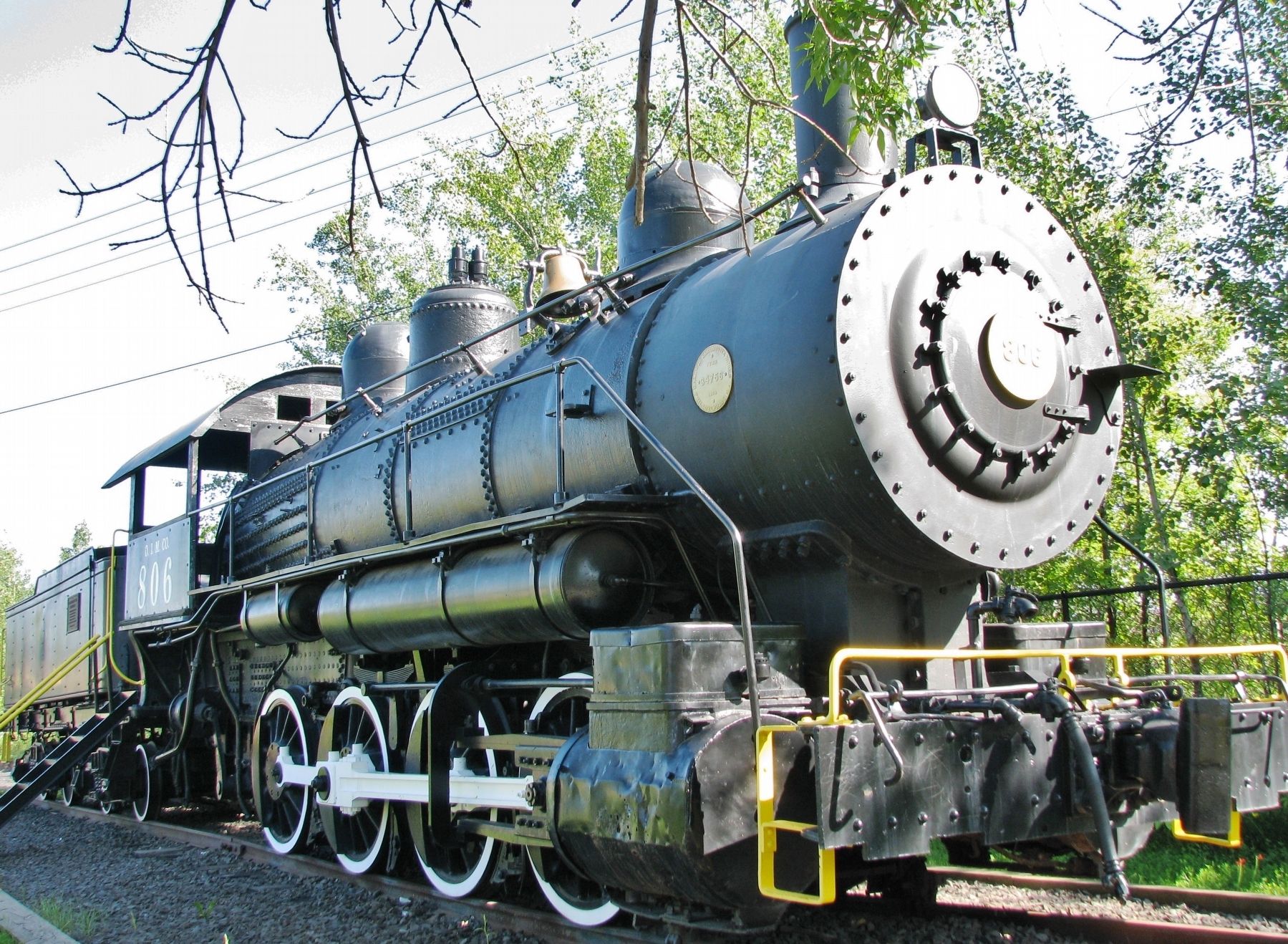