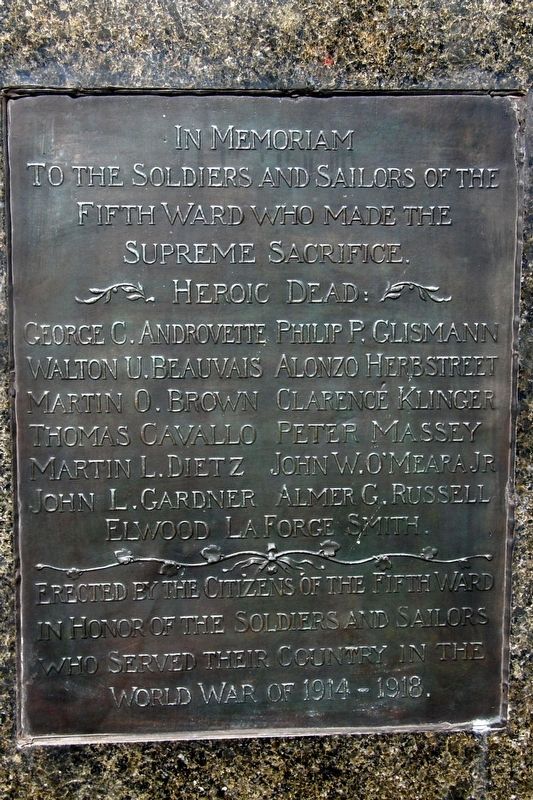 Photographed By Larry Gertner, June 27, 2013
1. Pleasant Plains Memorial plaque
Inscription.
Pleasant Plains Memorial. . , In Memoriam , To the soldiers and sailors of the Fifth Ward who made the supreme sacrifice. , Heroic Dead , George C. Androvette – Philip P. Glismann , Walton U. Beauvais – Alonzo Herbstreet , Martin O. Brown – Clarence Klinger , Thomas Cavallo – Peter Massey , Martin L. Deitz – John W. O’Meara Jr. , John L. Gardner – Almer G. Russell , Elwood LaForge Smith , Erected by the Citizens of the Fifth Ward in Honor of the Soldiers and Sailors who Served their Country in the World War of 1914 – 1918., 480 Names of servicemen on the three remaining plaques. . This memorial was erected in 1923 by Citizens of the Fifth Ward. It is in Staten Island in Richmond County New York

480 Names of servicemen on the three remaining plaques.

Erected 1923 by Citizens of the Fifth Ward.

Topics. This historical marker and memorial is listed in this topic list: War, World I. A significant historical year for this entry is 1914. 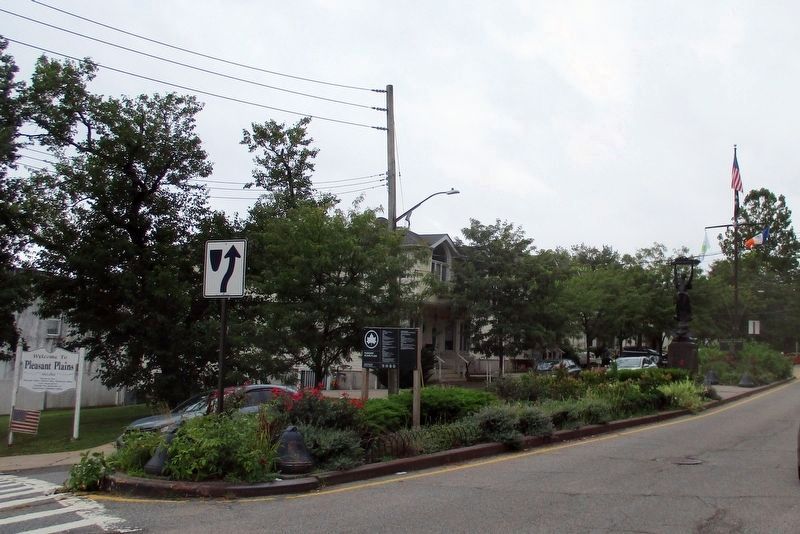 Regarding Pleasant Plains Memorial.
The NYCP&R plaque gives an abbreviated history of the statue's colorful past.

"The original monument by Tottenville resident George Brewster (1862-1943) was dedicated on June 9, 1923. It was damaged twice by vehicles and later stolen. The present sculpture was replicated from historic photographs by Glen M. Hines, cast by Modern Art Foundry and reset in this larger and more secure site."

An earlier Parks "green" marker gave a more comprehensive history, but it is no longer there. 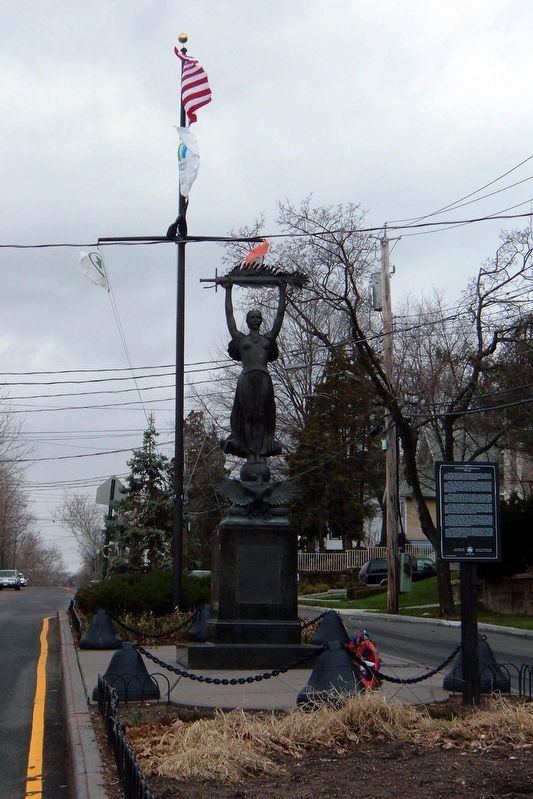 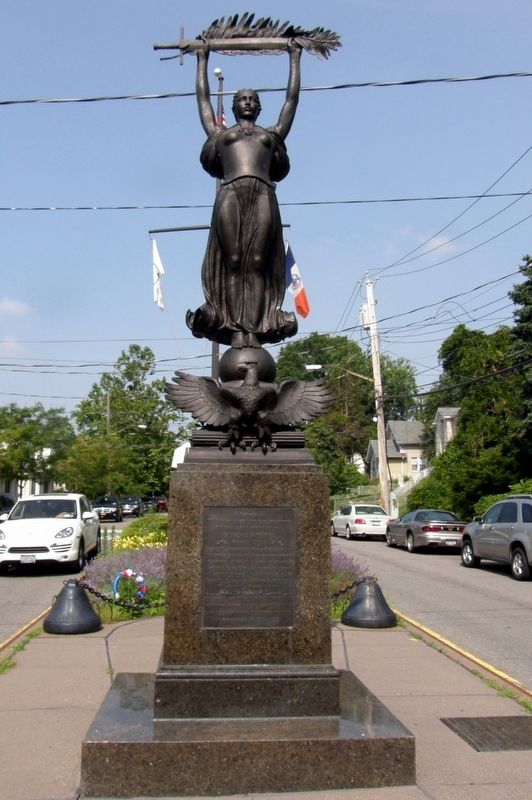 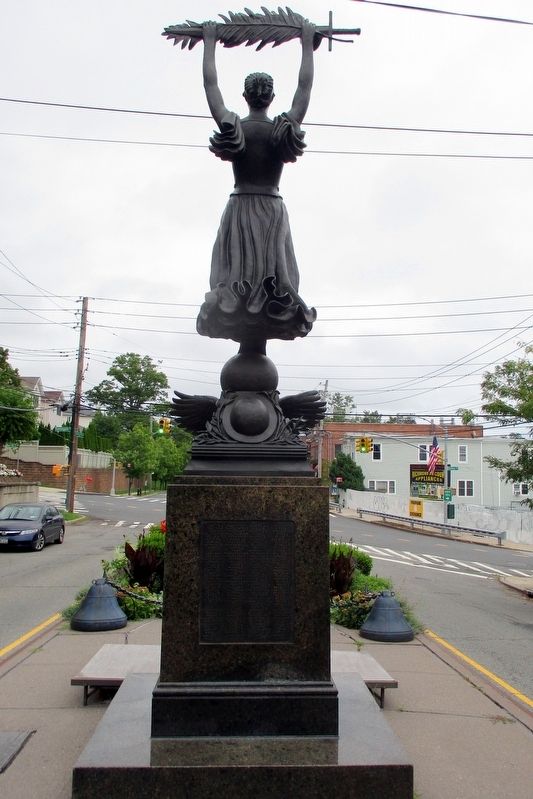 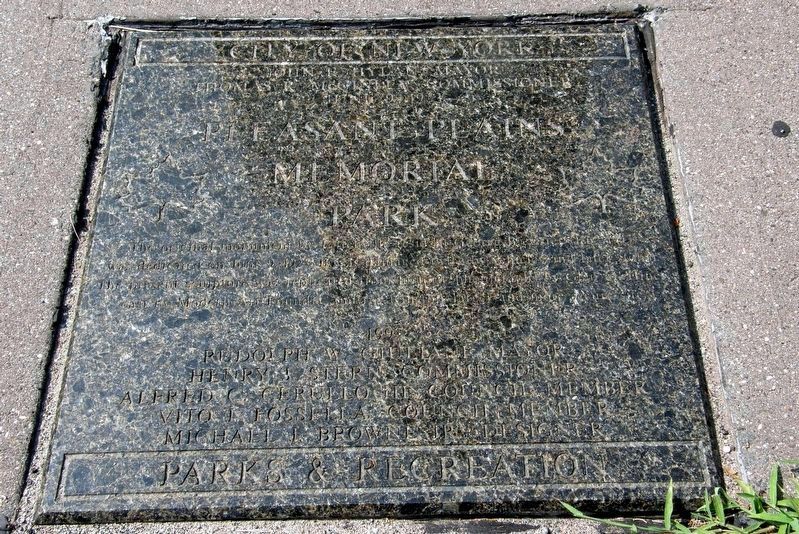 Photographed By Larry Gertner, June 27, 2013
6. NYCP&R dedication marker
With the abbreviated site history, this is unusual for its marble setting. 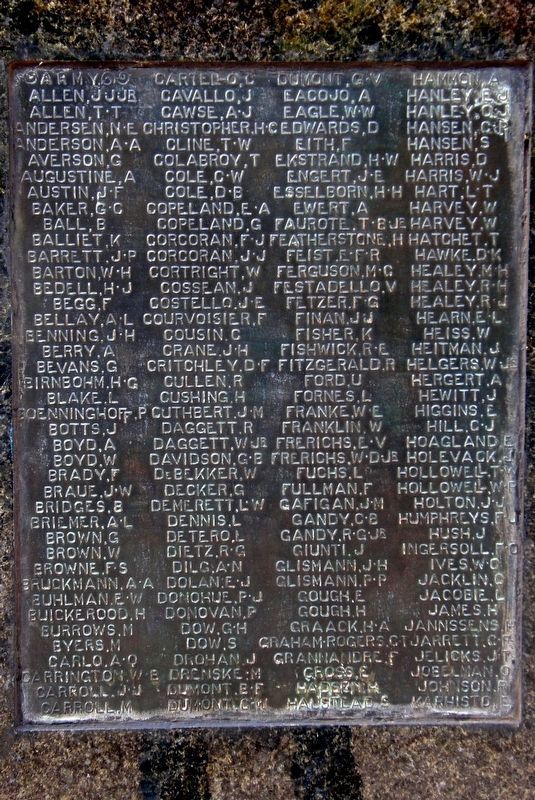 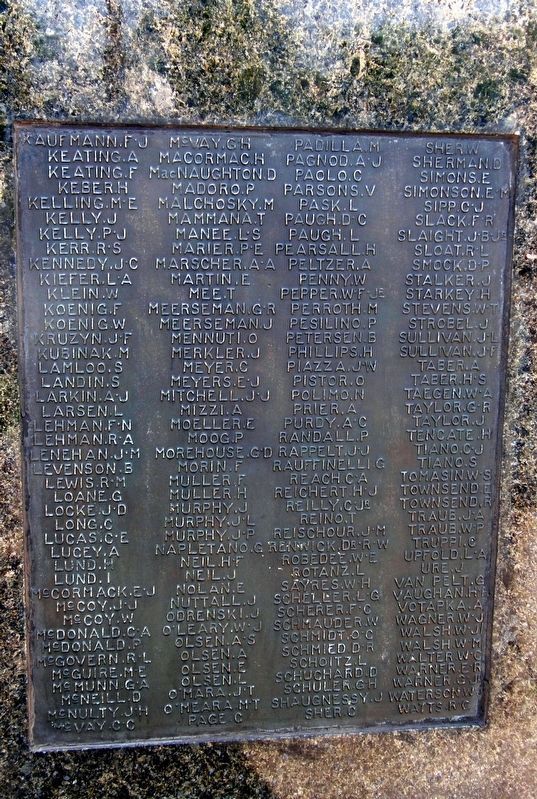 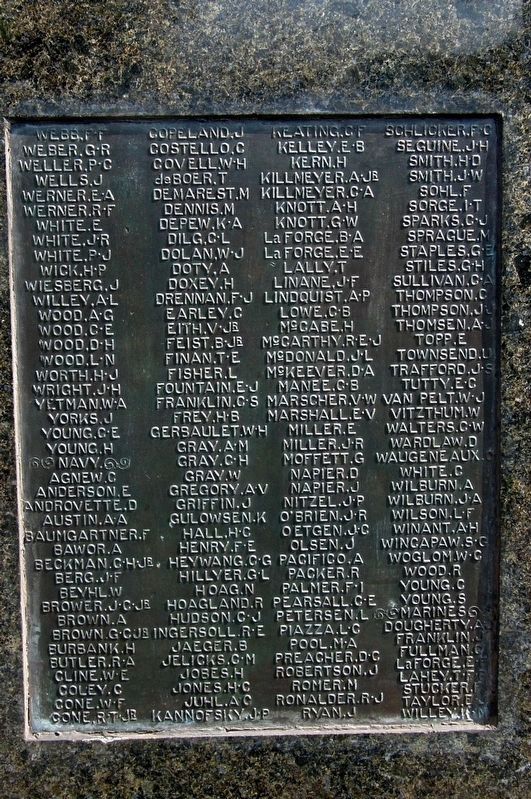 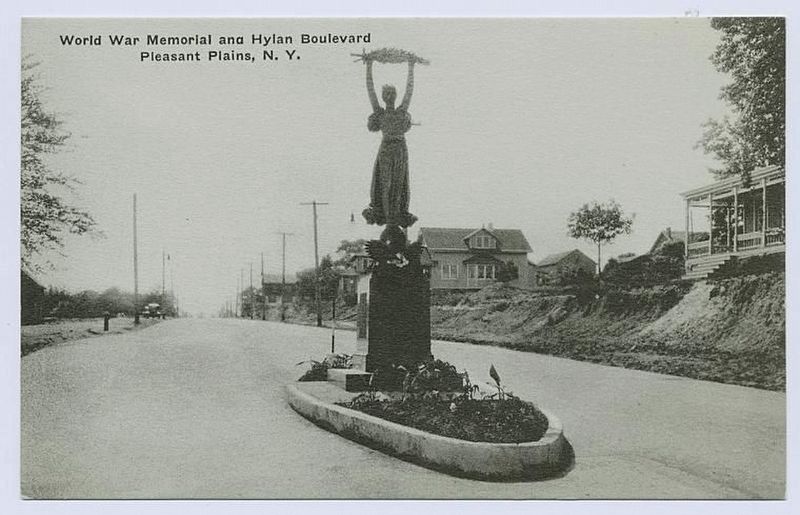