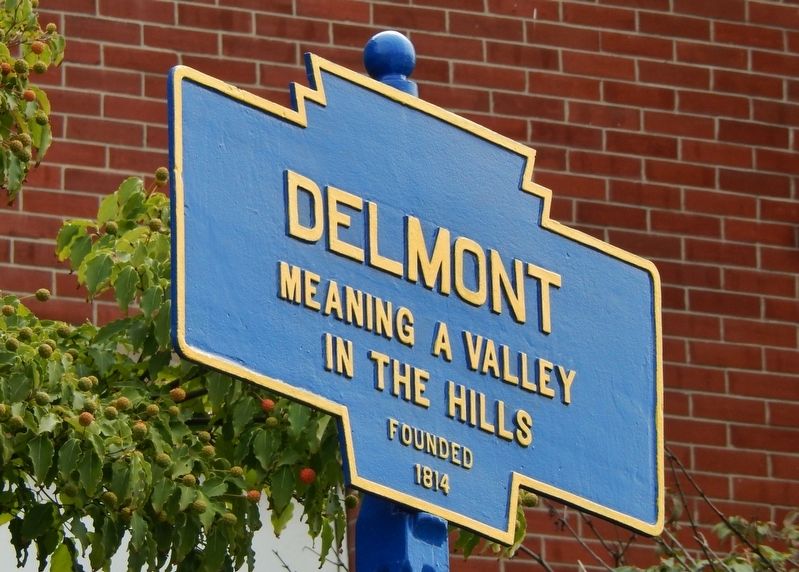 By Cosmos Mariner, August 31, 2016
1. Delmont Marker
Inscription.
Delmont. .
Delmont Meaning a valley in the hillsFounded 1814. . This historical marker is in Delmont in Westmoreland County Pennsylvania

Delmont
Meaning a valley
in the hillsFounded
1814

Location. 40° 24.633′ N, 79° 34.311′ W. Marker is in Delmont, Pennsylvania, in Westmoreland County. Marker is on Greensburg Street just north of Crest Drive, on the right when traveling north. Marker is located directly in front of the Delmont Police Station/Public Library building. Touch for map. Marker is at or near this postal address: 77 Greensburg Street, Delmont PA 15626, United States of America. Touch for directions. 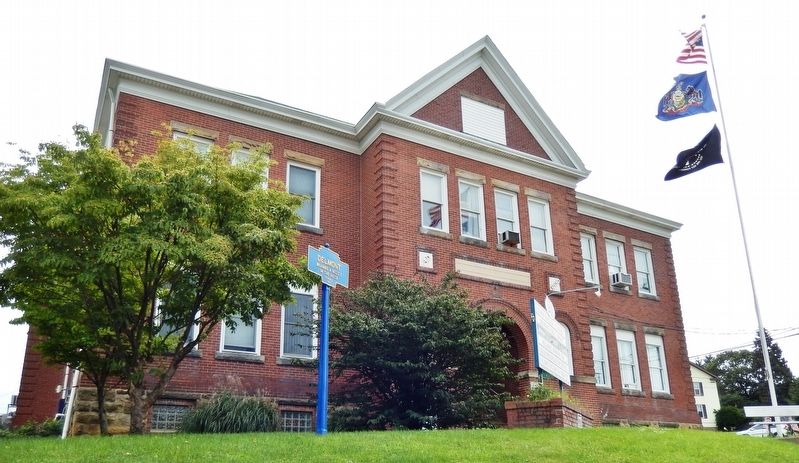