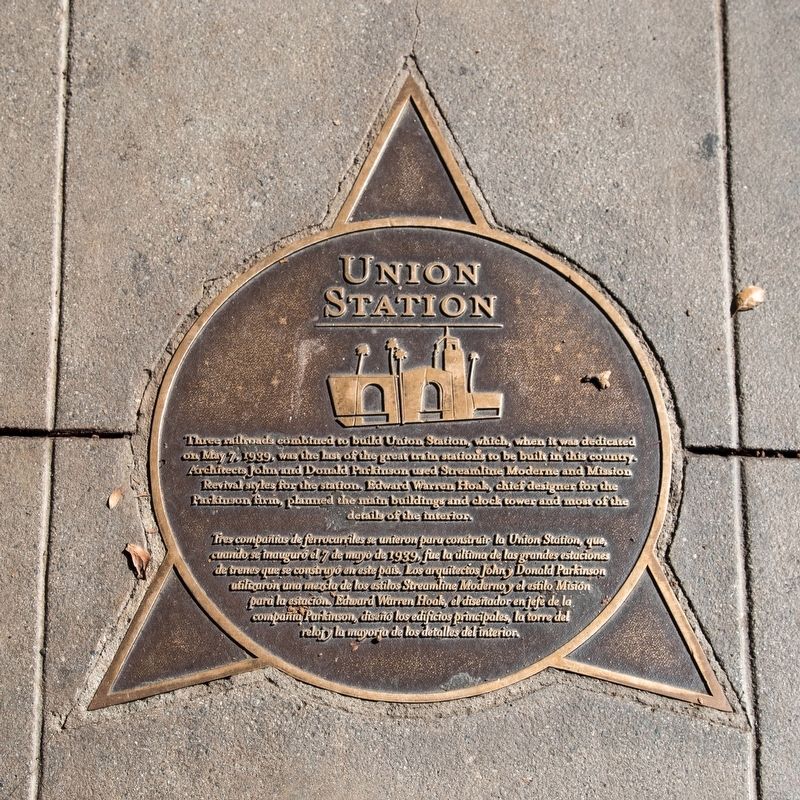 Photographed By J. J. Prats, December 4, 2018
1. Union Station Marker
Inscription.
Three railroads combined to build Union Station, which, when it was dedicated on May 7, 1939, was the last of the great trains stations to be built in this country. Architects John and Donald Parkinson used Streamline Moderne and Mission Revival styles for the station. Edward Warren Hoak, chief designer for the Parkinson firm, planned the main building and clock tower and most of the details of the interior. , . This historical marker is in Los Angeles in Los Angeles County California