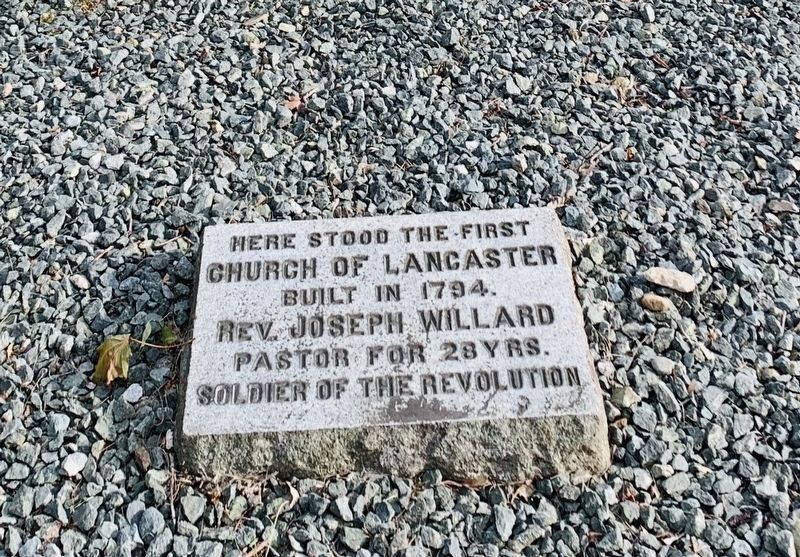 Here stood the first church of Lancaster built in 1794. Rev. Joseph Willard pastor for 28 yrs. Soldier of the Revolution

Topics. This historical marker is listed in these topic lists: Churches & Religion • War, US Revolutionary. A significant historical year for this entry is 1794.

Other nearby markers. At least 8 other markers are within walking distance of this marker. Lancaster War Memorial (within shouting distance of this marker); The Thompson Legacy (about 600 feet away, measured in a direct line); Lancaster Main Street Program’s (about 700 feet away); Col. Edward Cross (approx. 0.3 miles away); a different marker also named Lancaster War Memorial (approx. 0.4 miles away); Stone House (approx. half a mile away); Wilder-Holton House (approx. 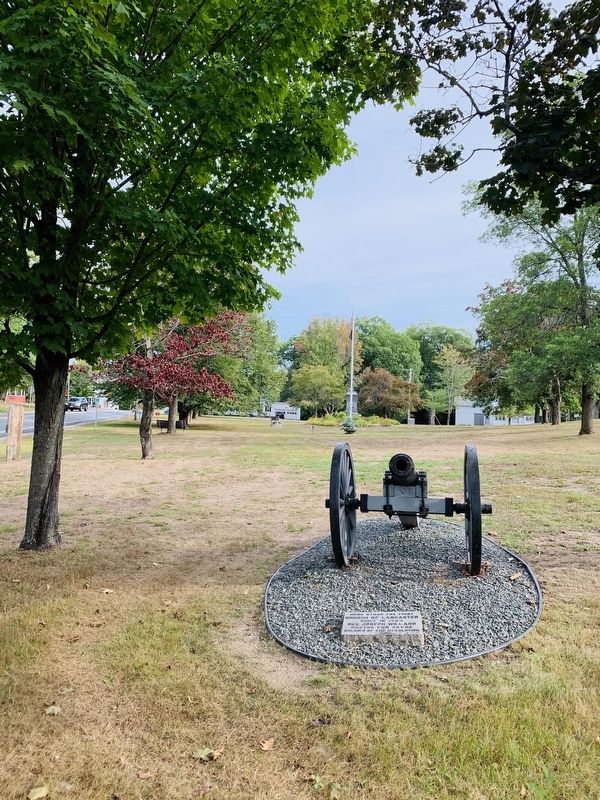