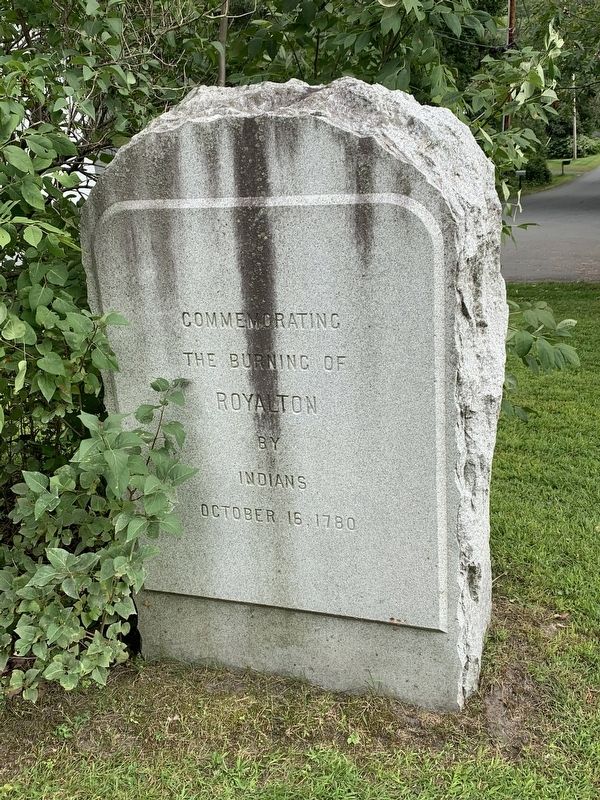 Commemorating the burning of Royalton by Indians October 16, 1780

Topics. This historical marker is listed in this topic list: War, US Revolutionary. A significant historical date for this entry is October 16, 1780.

Location. 43° 48.932′ N, 72° 32.804′ W. Marker is in Royalton, Vermont, in Windsor County. Marker is at the intersection of Vermont Route 14 and Bridge Street, on the left when traveling west on State Route 14. Touch for map. Marker is in this post office area: South Royalton VT 05068, United States of America. Touch for directions.

Editor’s want-list for this marker. A wide angle photo of the marker and its surroundings. • Can you help?
Share this page.